The Sides are Better 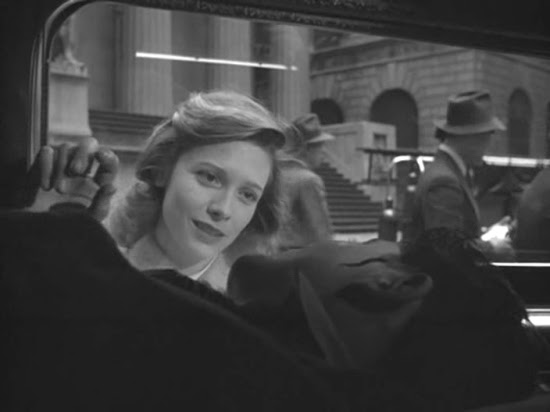 Oh, Cathy O'Donnell, our time was too brief. So scrumptiously sexy in They Live By Night, she was reteamed with her co-star in that film, Farley Granger, in 1950 for Anthony Mann's Side Street. This time she's sadly underused as just a good little wife. I suspect Mann or a producer became less impressed with Granger as filming progressed, too, because the last portion of the film gives its heart to a suddenly introduced Jean Hagen. There's an unfocused quality to the film, despite the existential noir quandary given to Granger, but in this lack of focus we have a sense of the complex city of New York set up in the opening narration as a place where two people can live twenty feet from each other for years and never meet. Obviously influenced by The Naked City, the film is filled with wonderful location shots in New York City, shots every bit as impressive and a bit more artistic than those in Naked City, and the film's story is a noir constructed decently enough to keep you. 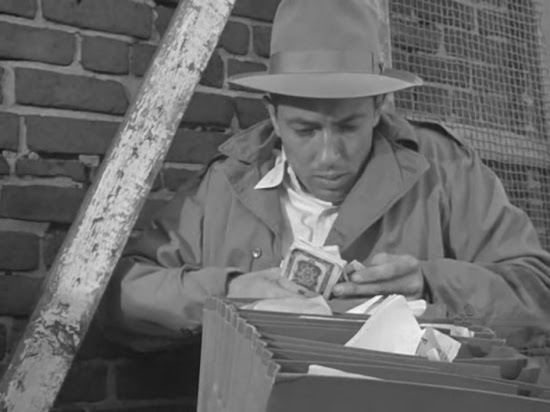 Granger plays Joe Norson, a simple, good hearted kid who has the bad fortune of stumbling across thirty thousand dollars. He'd meant just to steal two hundred he saw lying about at the office of one of the people on his mail route, and he'd felt bad already about that.

Joe's played by Granger projecting like mad; one is rather astonished when his father doesn't immediately pick up on the fact that Joe has come home sweating a storm and looking at everyone with wide-eyed terror. This was the naive conception of young people at the time as sort of idyllic, blushing lambs. It's not surprising that Granger is far more effective under the guidance of Alfred Hitchcock in Rope and Strangers on a Train, though even then he's hardly one of my favourite Hitchcock leads. 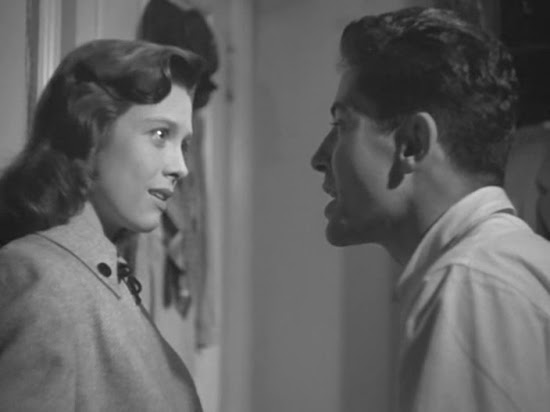 And oh, Cathy O'Donnell, who's so strong and complex and utterly sexy in They Live By Night . . . The problem, it's easy to see, is that interesting female characters, particularly in leading roles, were just too rare. If only someone had suggested making her the one who found the money and had the quandary. Well, then we'd have Psycho, but that was still a decade away. I'd argue O'Donnell had capacity for a more nuanced performance than Janet Leigh, though. Whether or not that would have been appropriate for Psycho is another question. 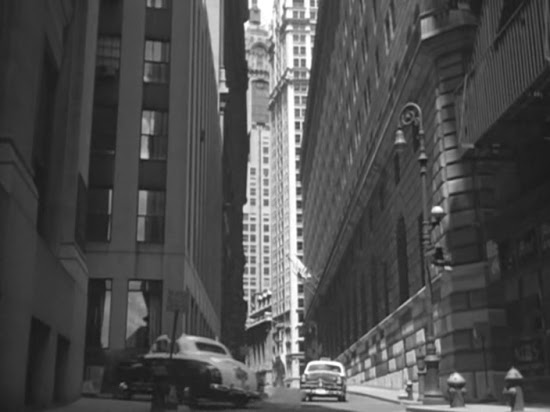 Charles McGraw has a tiny part as a police detective. He's sadly underused, as in just a few lines he shows he has more going for him than Granger, but the show is stolen by the versatile Jean Hagen as an alcoholic nightclub singer femme fatale with a broken heart on her sleeve. Yeah, she packs all that into just two scenes and really nicely, too. 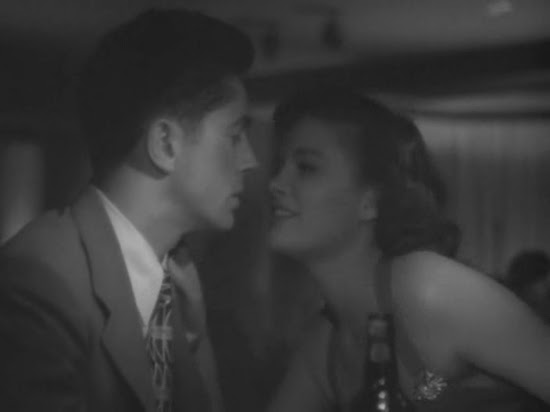 Granger's buying her drinks, trying to find out about the crooks he took the thirty grand from before the cops get to him. She thinks he's an admirer and painfully starts to melt, wanting to trust him. Then she catches him going through her purse. We care a lot more about her disappointment in that moment than Granger's whole pathetic story. 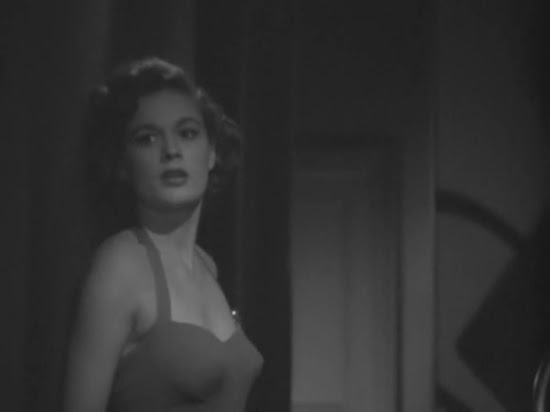 Posted by Setsuled at 2:34 PM
Email ThisBlogThis!Share to TwitterShare to FacebookShare to Pinterest