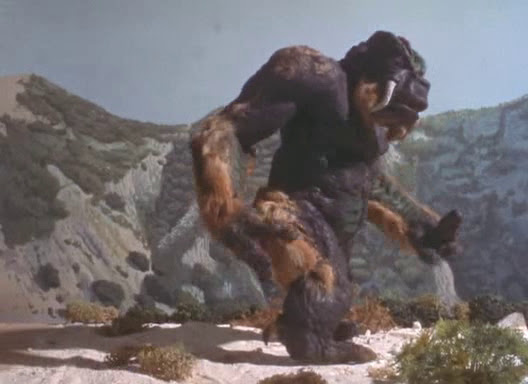 I didn't notice an equinox in 1970's Equinox. There are several blandly performed, dumb teenagers and a sheriff who looks and sounds like Sterling Hayden but with fake eyebrows. It has some bad special effects, and some incongruously amazing special effects. 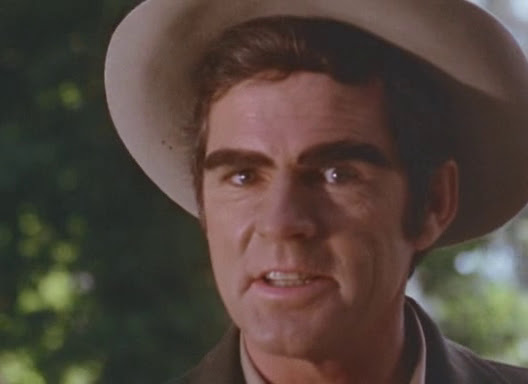 The eyebrows on faux Hayden falling into the former category.

Dennis Muren, the great special effects pioneer who later worked on the best known projects of George Lucas, Steven Spielberg, and James Cameron, made Equinox as a short film in 1967 and it was later expanded to feature length by a guy named Jack Woods. Wikipedia says Muren did all the special effects himself, though I find it hard to believe the same guy who thought this flying action figure Satan was fine; 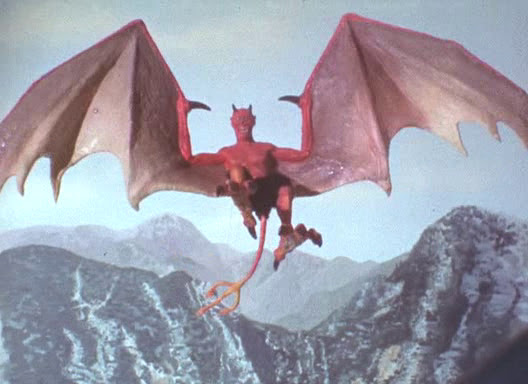 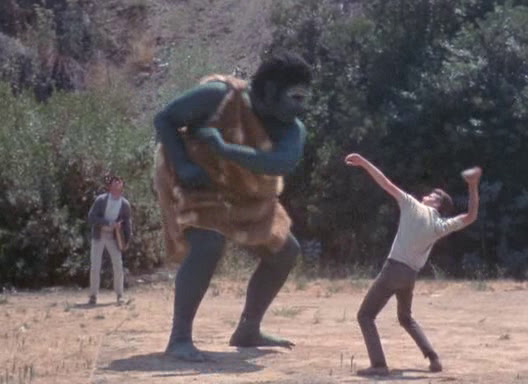 The giant even pretty convincingly backhands the dumb teenager in the yellow shirt.

The plot is like a 1950s Bert I. Gordon or Roger Corman movie distilled to its most basic details with a male teenager self-fulfilment based on inequitable gender roles fantasy. The two guys are constantly shown making decisions while the two girls inexplicably stay behind, scream, or feebly defend against the sexual advances of Satan. 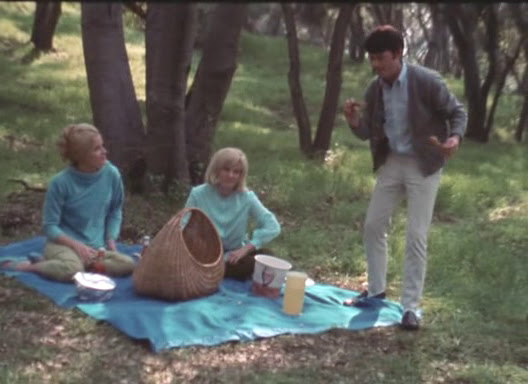