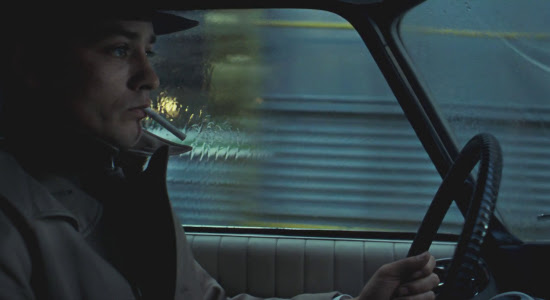 It's a deathly cool world. 1967's Le Samourai is one of the coolest movies I've ever seen, a beautifully shot noir with a hit man at its centre; a silent, self-contained, somehow sensitive hit man. It's minimalist, and thereby evocative of a distinctly noir existential tragedy. 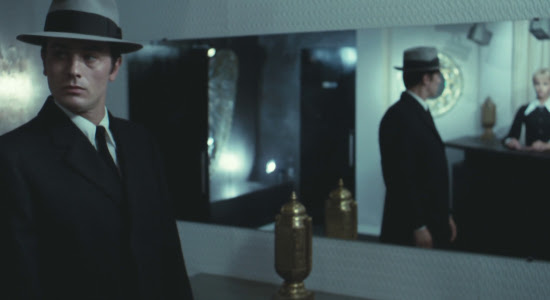 Alain Delon plays Jef Costello, the hit man, who goes about his work with few words and fewer facial expressions, his pretty face conveying a lot through twitches of the eye or a pursing of the lips but the viewer often can do little more than speculate at their meaning. He keeps a sparrow in a cage in his spartan apartment and he seems to share a strange empathy with the animal that allows him to infer his room's been broken into by the level of agitation the bird exhibits.

The opening of the film quotes a proverb on bushido, describing a samurai as a consummately solitary man. But Jef knows a beautiful woman named Jane whom he refers to as his fiancée. She seems accustomed to his visits involving few words, and unquestionably maintains an alibi for him, willing to sacrifice herself if need be when the cops bust in on her apartment to strong arm her. 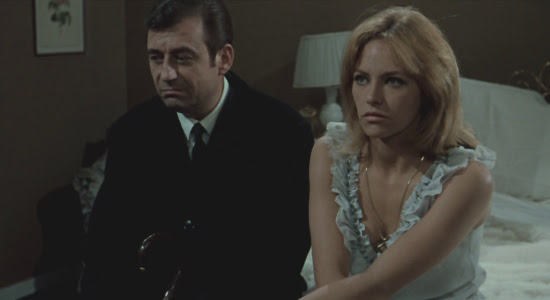 The communication through facial expression between Jef and Jane, and Jef and the beautiful piano player, stand in contrast to the comparatively verbose interrogations from the police. Jef kills for money, but his wordless relationships are somehow far more beautiful, more appealing to our sympathy than the simple, insensitive police and the ruthless mobsters who hired Jef and are now trying to kill him. 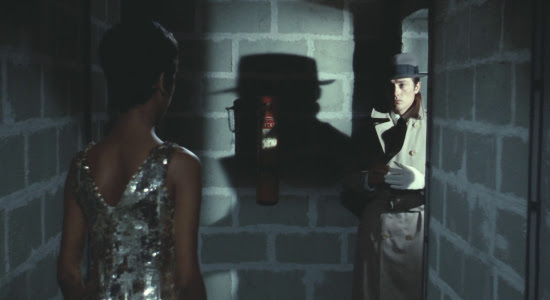 The film has a very consistent palette--the few rooms that aren't blue are a pale yellow. Mostly the mise-en-scene is pale blue; black; hard, squared edges; and sometimes one red, or reddish item, reminiscent of Ozu's few colour films which tend to be accented by one red object like a signature on a Japanese painting. 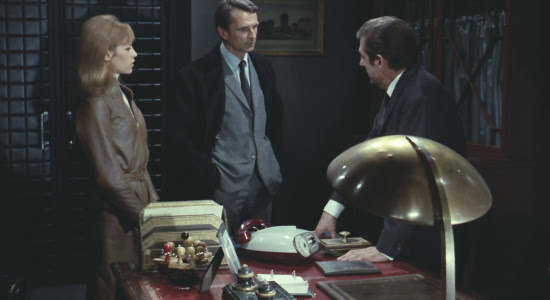 This simplicity of the aesthetic compliments the self-evident but strange humanity of its protagonist, the film an example of how systems of morality are unequal to accommodating the experience of a human being. 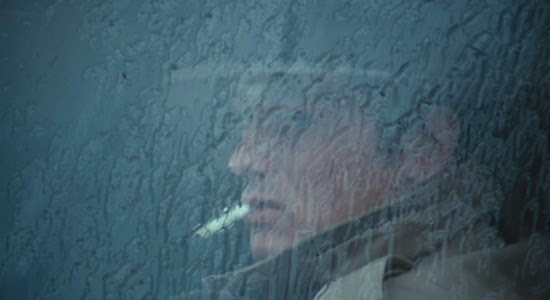