The Lens, the Mirror, and the Knife

For anyone wondering what the Doctor was doing during the events of Michael Powell's 1960 film Peeping Tom, I spotted the TARDIS in this shot; 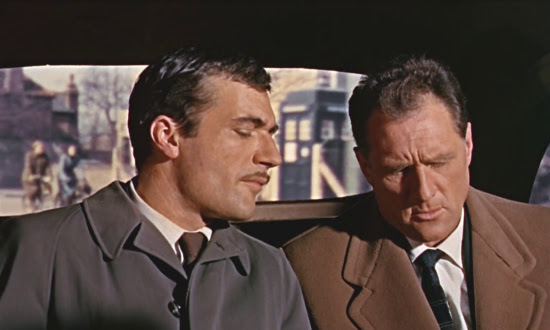 Someone ought to make a page of TARDIS model police boxes that turn up in films from before the premiere of Doctor Who.

Before last Thursday night, I had previously seen Peeping Tom in high school, over sixteen years ago. It was the first Michael Powell movie I ever saw and I didn't appreciate it as much as I do now. All I actually remembered was the pretty colours and being put off by how skinny Moira Shearer was and how much I didn't like her haircut. 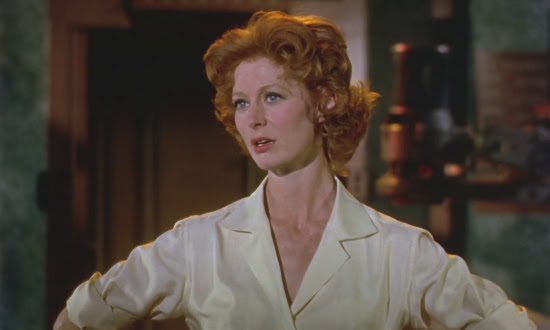 I still don't like her haircut. But now I'm sad she's in the movie only rather briefly.

I think it's hard to ask a teenage Trekkie of the 1990s to appreciate what was so sinister about this movie from 1960. I've been since inundated with the language and style of older films to the point where I empathise with them far more than modern movie making mannerisms, which is one reason I appreciate Peeping Tom more now. The central character, the eponymous peeping tom, Mark Lewis, also kind of reminds me of a hardcore otaku. 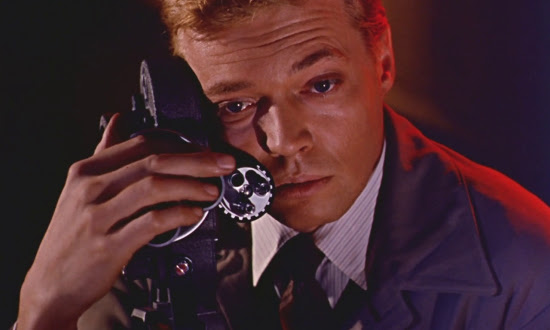 He reminds me of reading recently that 30% of Japanese men in a survey reported that they have never dated anyone. Otaku culture is one built around isolated men who collect models of women and watch television shows about simplistically written beautiful women--"slice of life" shows now being particularly popular, wherein these fictional women, which Hayao Miyazaki described as being written like pets, do little more than go about regular routines. It's a phenomenon of behaviour that requires as little possible awareness of the observer on the part of the subject. In Japan, where expectations of career success from family and potential mates tend to be almost impossible, it isn't hard to see how these behavioural patterns developed. 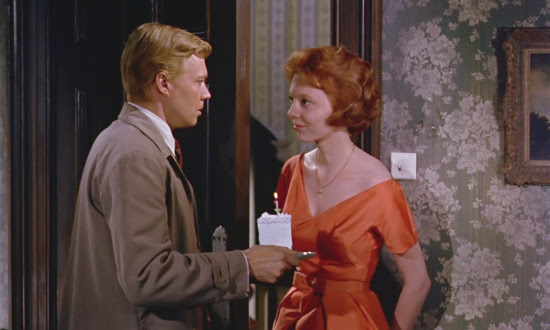 When Helen, the girl living downstairs, first takes an interest in Mark, in a manner that first seems to be pitying but develops into something sweetly, naively maternal, the first thing he thinks of doing in the middle of their first conversation is to show her footage of himself from childhood. His father, a sadistic psychologist whose focus of study was fear, kept cameras on the boy at all times and deliberately, frequently introduced frightening stimuli. 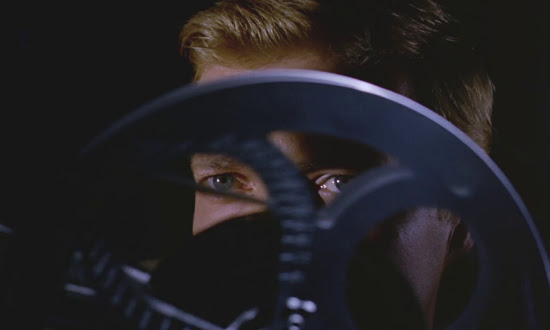 Mark, who we already know is obsessed with his camera, and kills women while filming them, is essentially saying to Helen that in order to introduce himself to her, he has to show her the person in this footage. For Mark, people exist in footage. 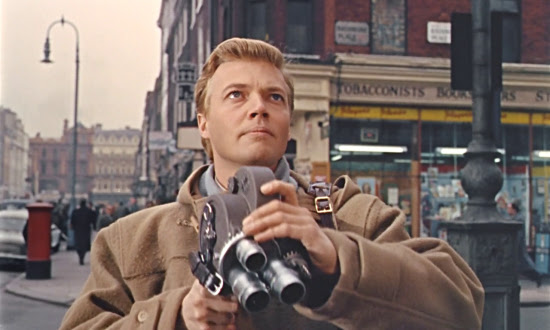 I don't think the idea is that Mark is objectifying women, or even that he hates them. I think the idea is that he wants to inspire fear in them because that's the point where he finds empathy. His method of killing, using the phallic leg of his camera tripod, suggests sexual connotations, but the main point is that he sees himself as a frightened, vulnerable creature and can only find connexion with women when he makes them that way, too. 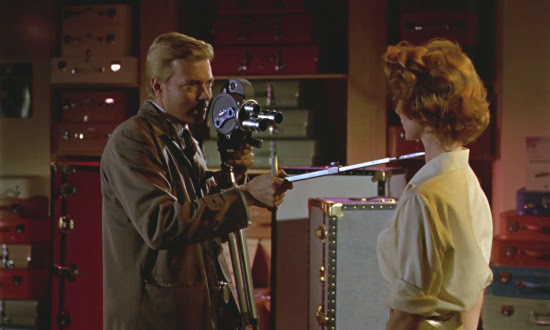 It's a compulsion, one based on a mind too petrified to grow past this view of the world. It's telling that when Helen forces him to go out without his camera, he seems more relaxed and happy than at any other time. It's a rare opportunity for him to begin to nurture a persona not defined by the camera and by fear.