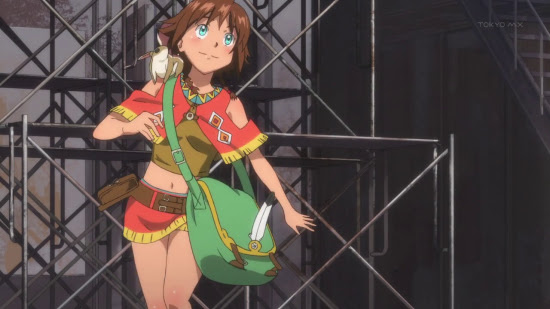 Anime and manga creators, I'll tell you again; if you don't want us to see someone's panties, don't put her in a micro miniskirt and show her being carried over someone's shoulder for half an episode. The solution is not to alter the laws of physics and human anatomy just so the micro miniskirt can cover her ass from every angle. It makes you seem repressed. 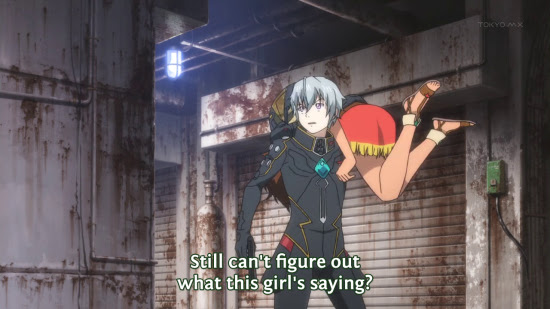 This is from the new anime series Suisei no Garugantia (翠星のガルガンティア). Its current English title, which I suspect is impermanent, is Gargantia on the Verdurous Planet. It follows a mech suit pilot for a human civilisation that inhabits space stations and ships, having long ago forsaken Earth. As the episode opens, their fleet is fighting cute space nautiluses and enormous space flower shaped molluscs. 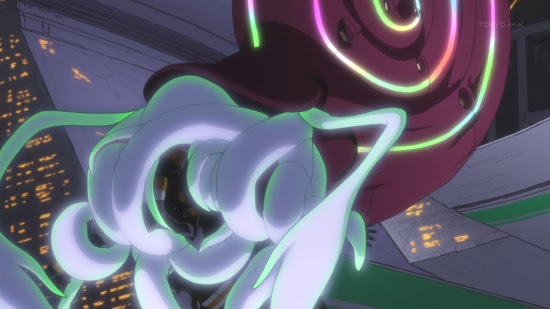 This show borrows so heavily from Gunbuster it's hard to examine it for its own merits. The cockpit of the mech looks like the spheroid cockpits from Gunbuster 2, as do its bicycle handles and the red misty space backdrops. The ships accompanying the mech fighters seem less self-consciously phallic, which is probably related to the fact that this show is far less playfully sexual than GAINAX series tend to be. Gargantia presents the misunderstood guy who rescues all the dim dolls to reassure the people frightened by the series with the violent, sexy complex dames killing or occasionally becoming and/or commanding armies of space monsters.

Maybe the thing that bugs me most, though, is something that's become kind of a norm for anime nowadays, which is the shiny constantly flushed skin. 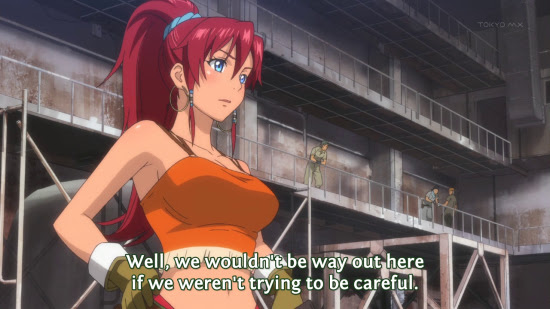 I may be a bit of hypocrite complaining since I did the same thing in Echo Erosion. It's a device used in illustrations I've seen as old as 1910. The problem with the way it's being used in anime now is that it's so uniform. No matter what direction the lighting's coming from, no matter how brightly lit the area is, the shiny spots are always there now; 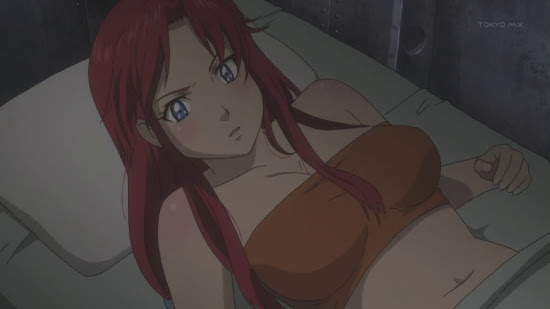 I don't know about you, but my eye's started reading them as enormous white heads.