Between Grey and Black 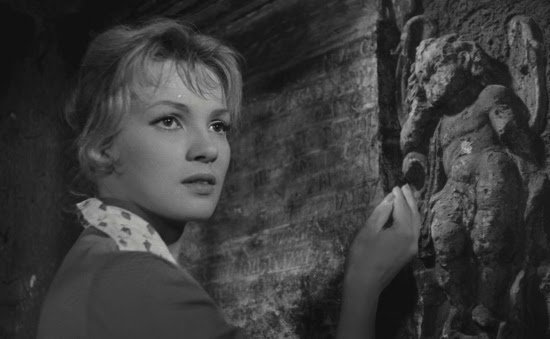 The choice is between love and violence, between giving in and meaningless death. The primary conflict of 1958's Ashes and Diamonds (Popiół i diament) reminded me of the dwarf Alberich at the beginning of Das Rheingold who, continually rejected by the Rhein Maidens, forswears love in order to claim the Rheingold. Maciek, the protagonist of Ashes and Diamonds, isn't pursuing wealth though, as a guerrilla fighter against the Communist regime assuming control of Poland after World War II, one could say he's fighting against a system that theoretically devalues material wealth. But he falls for a barmaid. Nothing complicated, nothing romantic, just something small, simple, and human. He finds himself in a very noir-ish existential crisis in this beautifully shot film. 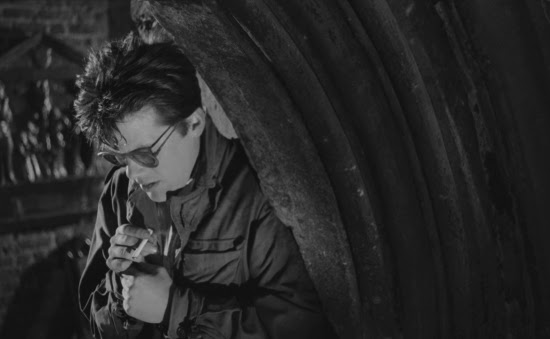 Zbigniew Cybulski's sensitive, naturalistic performance as Maciek reminded me of James Dean or Marlon Brando so I wasn't surprised to read later that both were influences on the makers of Ashes and Diamonds. But while Rebel Without a Cause and The Wild One were about youth chaffing under the artificial American 1950s nuclear family model, Ashes and Diamonds portrays a similar young man in the context of a real rebellion and a more visibly turbulent political and social atmosphere. 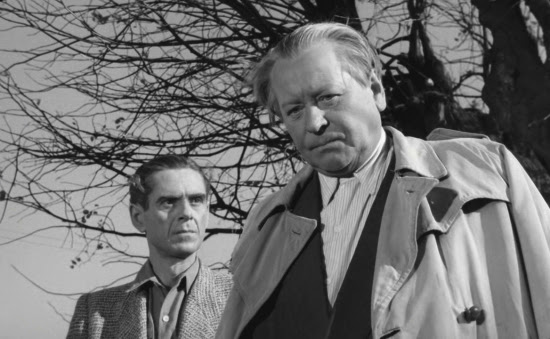 Waclaw Zastrzezynski plays Commissar Szczuka, a prominent figure in the incoming regime whom Maciek and his fellow Home Army soldiers fail to assassinate at the beginning of the film. Two workers are killed instead but somehow Szczuka senses the attack was meant for him.

Maciek and his comrades find themselves at the hotel where Szczuka is staying and Maciek manages to talk himself into getting a room close to Szczuka by commiserating with the desk clerk who, like Maciek, is from Warsaw. 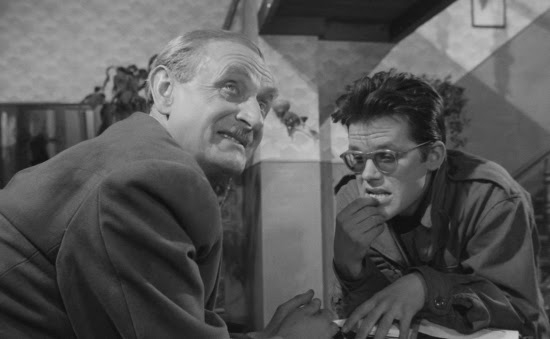 The desk clerk, along with the rest of the hotel staff, seems to have no beef with the Communists. Several prominent members of the party are holding a banquet at the hotel and we see later the staff becoming enthusiastically involved in the celebration. 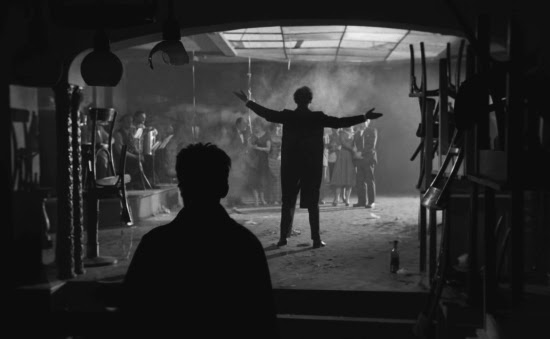 This is enough to cast some doubt on Maciek's mission. Szczuka himself is portrayed sympathetically--we watch as he fruitlessly attempts to locate a son from whom he was separated during the German occupation. We learn that, like Maciek, Szczuka's son had joined the Home Army.

And, as I mentioned, Maciek falls for the barmaid, Krystyna (Ewa Krzyzewska). 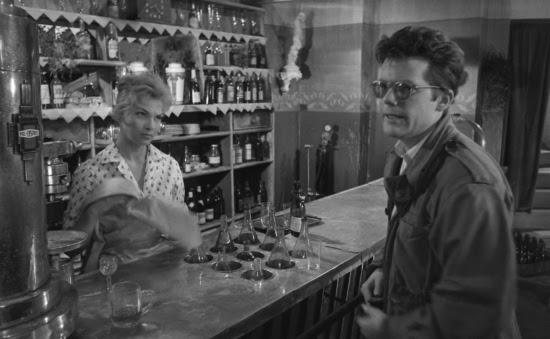 She doesn't seem interested at first, not visibly reacting to his broad flirtations at the bar. So he's surprised when she shows up at his invitation to his hotel room later. 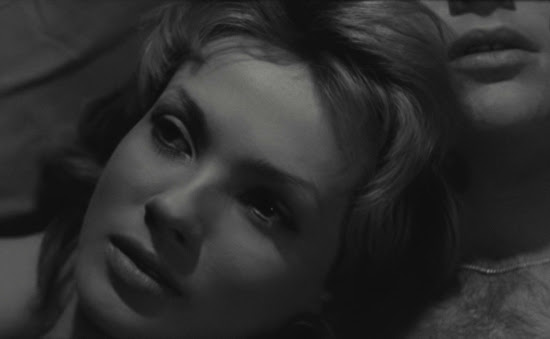 It's not clear if Krystyna has political leanings one way or the other. She and Maciek have mostly superficial, daydream conversations, but one has the impression she senses Maciek is caught up in some kind of real serious trouble.

In addition to the performances, the film is served magnificently by its dark expressionist cinematography. There's a somewhat broad but very effective visual in a scene where Maciek waits beneath a staircase to assassinate Szczuka and the light through the stair paints several distorted spirals behind him. 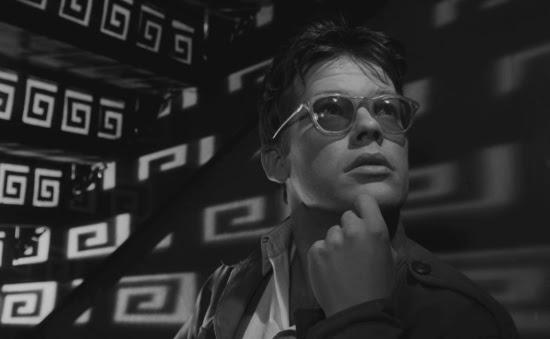 Posted by Setsuled at 3:59 PM
Email ThisBlogThis!Share to TwitterShare to FacebookShare to Pinterest