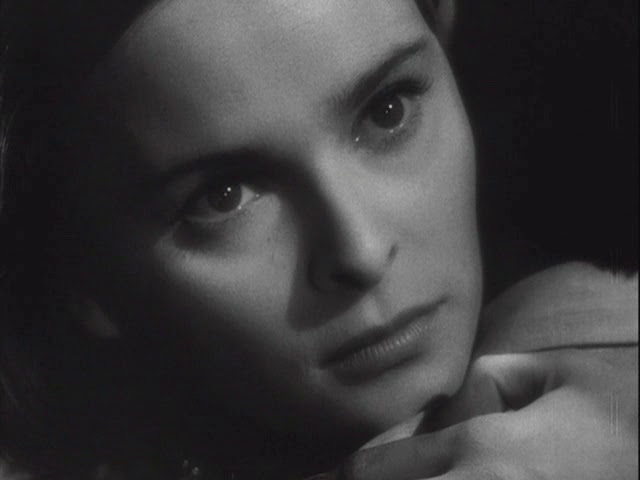 One cannot always predict the ways in which murder will prove to become a distraction. 1955's Death of a Cyclist (Muerte de un ciclista) is a brilliant combination of satire and film noir.

Two lovers accidentally kill a cyclist on a lonely road. Maria (Lucia Bose), who'd been driving the car that struck the cyclist, insists they leave the man to die. She's the wife of a wealthy, socially prominent man and she's worried dealing with the cyclist will reveal her relationship with the man who was with her when she hit the cyclist, her lover, Juan (Alberto Closas). 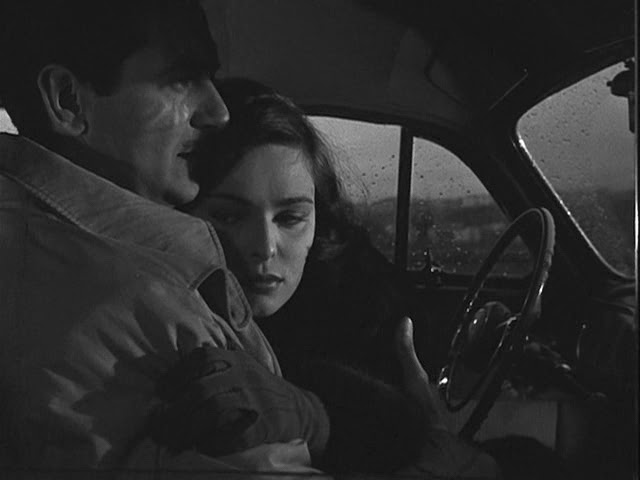 The two were childhood lovers but Maria, seeking security for her future, married the wealthy Miguel (Otello Toso) while Juan was fighting in the Spanish Civil War.

Juan is a prominent university mathematics professor. Distracted by a fit of worry while a student is demonstrating on a blackboard her ability to solve a problem, he tells her to go away, inadvertently flunking her unjustly, which provokes a student rally to have him fired. 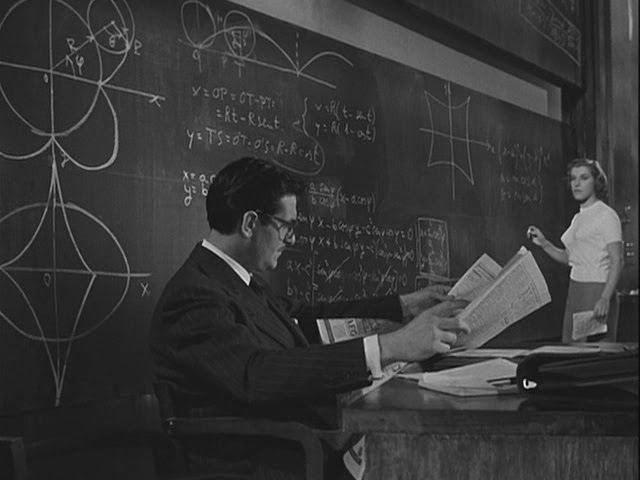 Maria, meanwhile, begins to suspect a musician, Rafa (Carlos Casaravilla), a favourite wit at the society parties she attends, knows something. This was my favourite part of the film as I think it said something not only about how paranoia works but about the nature of artists and the nature of the fear they provoke in authority. 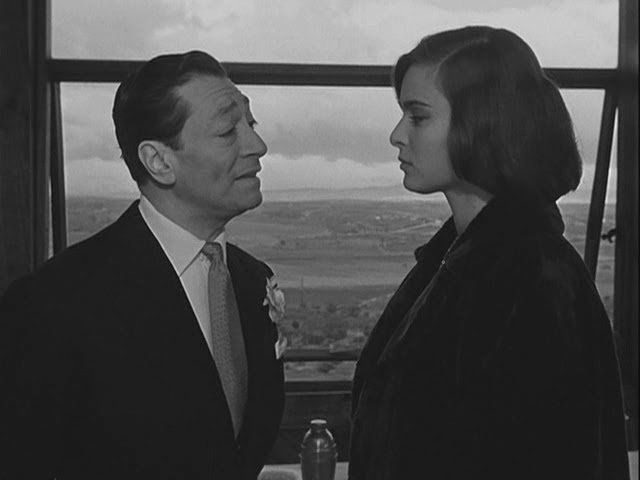 Rafa begins to drop hints to Maria that he knows of some damning act perpetrated by her. He improvises a song on piano in front of her he calls "Blackmail". But for a long time, Maria never knows with absolute certainty whether Rafa actually knows anything at all or if his insight into human nature and ability to express it creatively isn't simply holding up to Maria an evocative mirror. 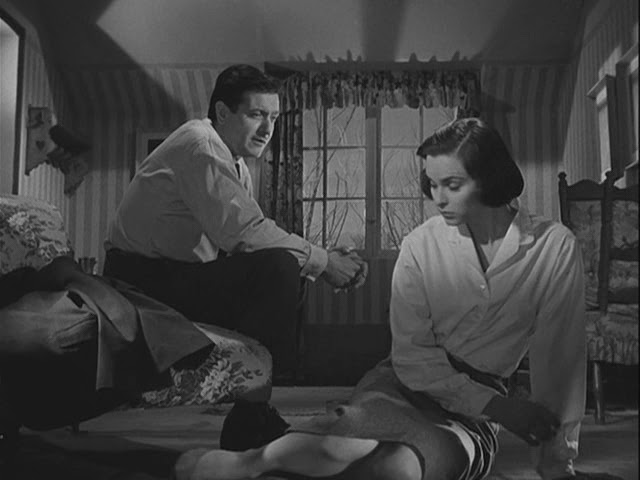 Both Maria and Juan are tormented in their ways but in true noir fashion the external forces that they fear threaten them are nowhere near as effective as the torment inflicted by their own minds and accidents. The movie is almost like a nightmare version of the "idiot plot" style comedy, films like Fred Astaire and Ginger Rogers movies of the 30s where the comedy is reliant on everyone misinterpreting everyone else in crucial matters that lead to greater and greater upset. Only the absurdities in Death of a Cyclist pave the road to a much darker place.