The Satan of Wall Street 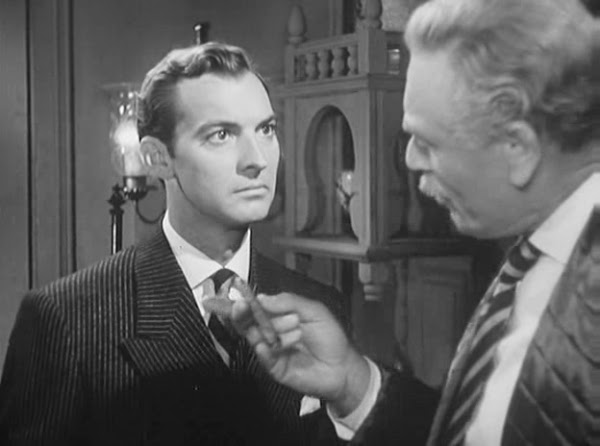 A man exploits the affections of one woman after another, ruins powerful men and the employees dependent on them, all to dominate the business world through Wall Street. That's why Edgar G. Ulmer's 1948 film noir is called Ruthless. It's a little more complex than that, but quite subtly. Handsomely shot, it's a portrait of the inherent weakness of conquerors.

Like a lot of films noir of the period, it says a lot with the indirectness implicit of censorship or studio interference. But I'm surprised how much this movie did get away with, including an unambiguous suicide and a king sized bed for a married couple. 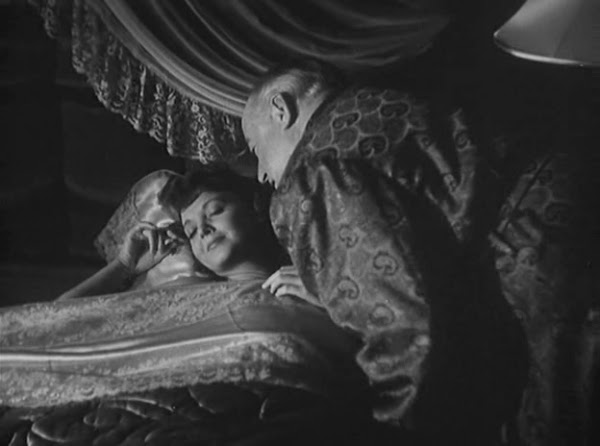 And there's the more subtle fact that Mrs. Mansfield (Lucille Bremer) was clearly expecting the man at her side to be someone other than Mr. Mansfield (Sydney Greenstreet) before she opened her eyes.

Mrs. Mansfield is the last in a series of romantic conquests by the film's antihero, Horace Vendig (Zachary Scott). The film opens with him hosting a charity ball but soon flashes back to Horace's childhood and an incident where he saved his first love from drowning. 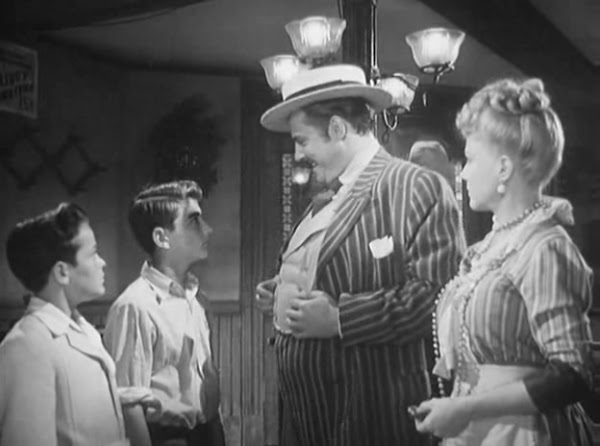 A young Raymond Burr with already grown up eyebrows plays Horace as a child. The girl is Martha whose parents soon invite Horace to live with them after Horace can't face the horror of his status obsessed mother marrying a man who's not his father. Horace's father is a small time con-man who, appearing only in a brief scene, advises Horace not to hold back from taking what he can get from people. It's easy to see the antiquated idea of an immoral bedrock the film's laying to explain Horace's later loss of conscience.

Martha's parents put Horace through school and when Horace becomes engaged to Martha they pay for him to get into Harvard. Martha had been seeing Horace's best friend, Vic (Louis Hayward), but Martha changes beaus in a scene of remarkable amicability. First Horace talks with Martha alone to see why she's been so cold to Vic lately, then Martha says it's because she'd rather be with Horace, and at the end of the evening Vic is congratulating Horace as "the better man" with only the barest trace of bitterness. 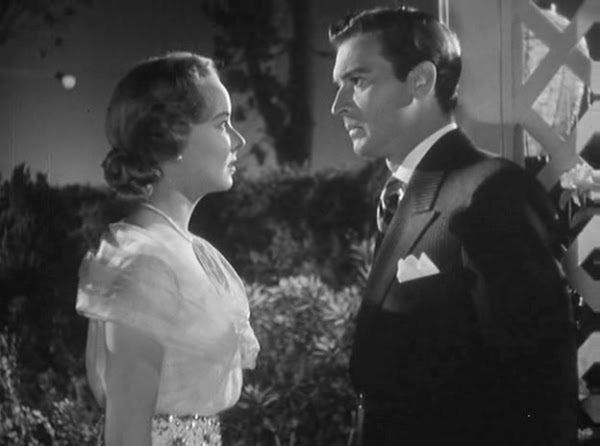 But there's the impression that Horace hadn't even considered the idea he might love Martha until she brought it up. He does love her eventually, though--Horace is portrayed as a man capable of genuine goodness that is suppressed under a stronger compulsion for power. The charity ball at the beginning of the film is his attempt to assuage the nobler aspect of his nature but he invites all his defeated foes and former friends to the party as though proving it to them is a final victory. Among them is Sydney Greenstreet who of course gives the best performance in the film. 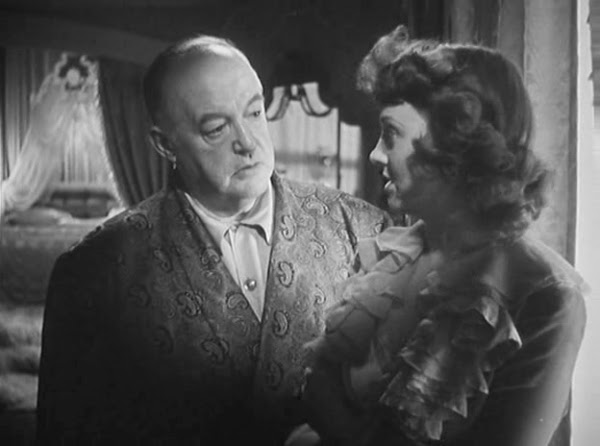 He was himself a ruthless tyrant of the business world until Horace outmanoeuvred him. He goes from the bemused reptilian contentment Greenstreet does so well to staggering, utterly shattered, through life. More than anyone in the film, he believably conveys a truly human vulnerability.

The film has a lot of impressively technical sounding dialogue about Wall Street transactions which made it difficult not to think of The Wolf of Wall Street. On the one hand, fantasies of tragedy like Ruthless are valuable for learning to accept the demons within all of us but on the other hand it serves to show how useful it is to remember the "wolves" in Scorsese's film are a bunch of small minded goofballs, not romantic figures like Horace. I suspect Scorsese's vision was closer to life even in Edgar G. Ulmer's day. 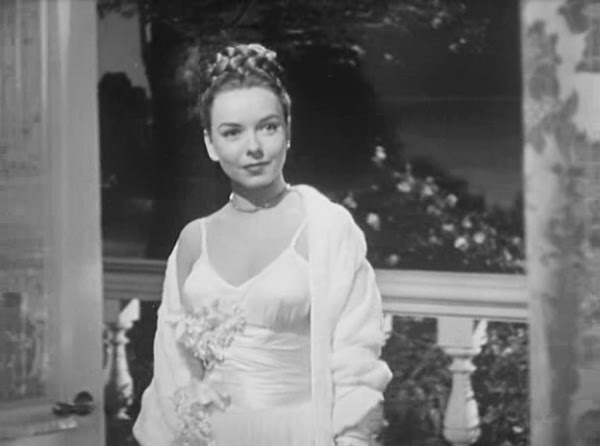 One last curious thing about Ruthless--Martha is played by the gorgeous Diana Lynn who also plays Mallory, the girlfriend Vic brings to the charity ball, the chronologically final scene that bookends the film. Horace is stunned by Mallory's physical resemblance to Martha and Vic tells Horace it's a complete coincidence.

It's a little difficult to see what the purpose was of having the two women resemble each other. Mallory fulfils precisely the function in the story Martha would have fulfilled had she been with Vic instead. There's no mention of Martha having died or moved on at this point. Why introduce the implausible double to take the same role?

Here are my two best theories:

a. There's a line of dialogue where Horace mentions how young Mallory is. Maybe this is meant to suggest the hair and makeup on Vic and Horace in this scene is intended to imply too many years have passed for Martha to be considered a potential mate for any rational man. Which, yes, is enormously sexist but not so far from the horrible doom of becoming a librarian faced by Donna Reed in the alternate timeline of It's a Wonderful Life.

b. The studio didn't think the audience would approve of a woman who changed her affections so many times, especially as the two women are meant to be moral authorities in the film. Since Vic is another moral authority, Martha contemplating dumping him twice would be bad but not contemplating going with Horace would also be bad. This is a film where morality is much simpler and unyielding than in real life. And yet, we never see or hear from Martha again after Mallory is introduced. Mallory is like the impossible creation of the impossible moral requisites of the 1940s Hollywood lab. In this way, she might be seen as an ancestor of Judy Barton in Vertigo and here I stop to think how audiences may have been familiar with this plot device in 1958, not only making that film's twist more effective but using it to comment on an underlying social morality.

Posted by Setsuled at 11:54 AM
Email ThisBlogThis!Share to TwitterShare to FacebookShare to Pinterest