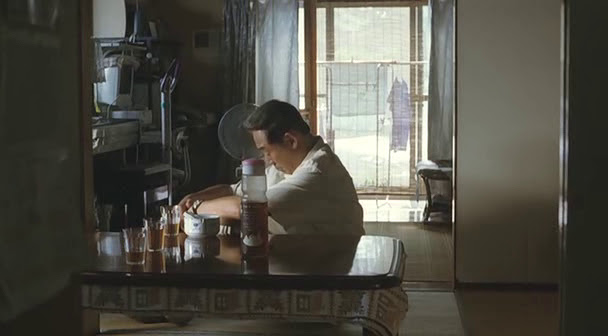 An actor can express a lot by doing and saying very little. One of the most effective performances in Hou Hsiao-Hsien's 2003 film Cafe Lumiere (珈琲時光, "Coffee in daylight") is the father of Yoko (the protagonist) played by Nenji Kobayashi who in several scenes just sits quietly, tensely, never actually saying anything about his daughter's unexpected pregnancy but we never need to wonder how he feels. This is just one aspect of the film which recalls the work of legendary director Yasujiro Ozu, to whom the film was intended as tribute on the one hundredth anniversary of his birth. The themes explored are not as heartbreaking or brilliant as those explored in Ozu's best films but Cafe Lumiere does successfully speak with some of Ozu's cinematic language.

The film begins with a distinctly Ozu shot, a low angle shot of a trolley on a hill. 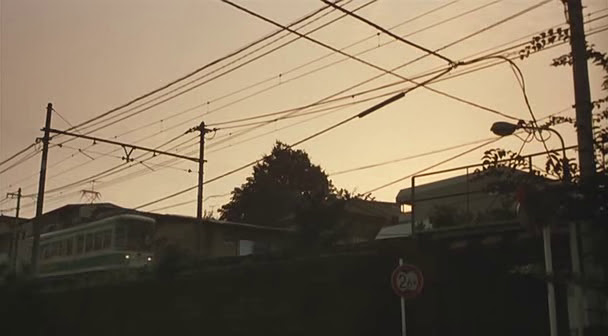 Except for occasionally in some of his early works Ozu's camera famously never moved unless it was on a train or boat, it was always positioned at the same elevation--as though from the point of view of someone sitting--and his films featured very few close-ups.

Hsiao-Hsien's camera tracks sometimes, slowly, and there are a couple close-ups but most of the film is composed of static shots, usually at about waist level of the actors--not from Ozu's sitting position. 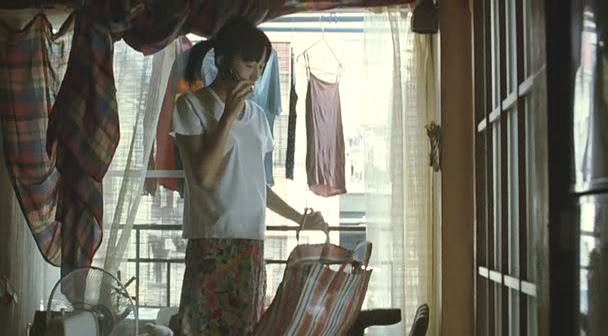 From what I read this morning--I haven't seen any of Hsiao-Hsien's other films--these techniques aren't unique to his Ozu tribute film and it seems likely the director's whole career was profoundly influenced by Ozu. Cafe Lumiere also replicates Ozu's tendency to compose shots of squares within squares: 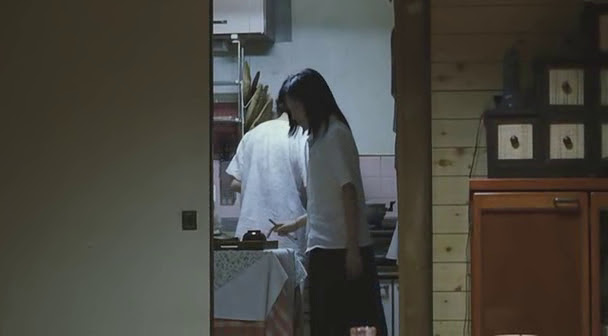 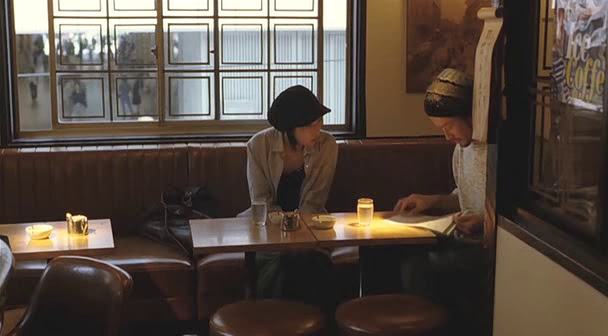 Though the film is the modern 16:9 aspect ratio--more rectangular than the old fashioned square shape of Ozu's films. Also like Ozu, a lot of the film is long takes of characters going about daily chores, doing seemingly inconsequential things. In Ozu's films, this gives one the peculiar feeling of being part of the household. In Hsiao-Hsien's film it's somewhat colder, as though we're watching security footage. Partly because it's a while before we come to learn much about the characters and what motivates them, partly it's because the music is much more sparse and neutral in tone. 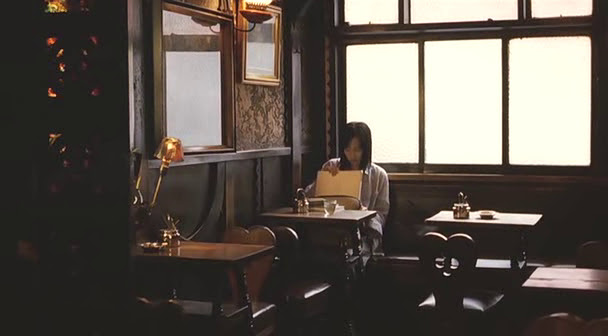 Ozu's films tend to have scores that are more effusive--a woman going about household chores seems to be part of a symphony, Setsuko Hara smiling and riding her bike on a sunny day gives you the impression of the joy the young woman feels in being surrounded by the beauty of nature. But the music in Cafe Lumiere is part of the plot as Yoko (Yo Hitoto) is obsessed with a real life Taiwanese composer, Jiang Wen-Ye, and we see her attempts to track down a cafe in Tokyo Wen-Ye used to frequent. The more subdued score of the film is partly composed of his music and the rest seems to be an homage to it.

But if the film's a tribute to Ozu, why all this about a Taiwanese composer, especially since it doesn't seem to have much to do with the main story? I think it's because Ozu's a Japanese director and this is a Japanese film but Hsiao-Hsien is Taiwanese. Wen-Ye was from Taiwan but he established himself as a composer in Japan so I think Hsiao-Hsien felt he needed it as an "in". 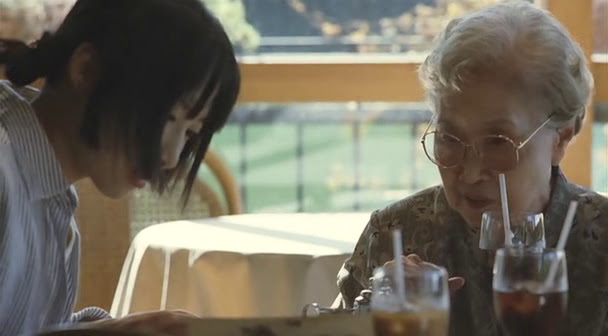 I would have advised him against it except for the fact that there's not much else to fill out the rest of the film. Ozu's films used common people as subjects and explored relatively common issues but he used them to say remarkable things--Tokyo Story makes a tremendous comment on death by telling the story of a death that's not particularly extraordinary. Late Spring makes a devastating criticism of tradition by not seeming to criticise it at all. Cafe Lumiere portrays a young woman who doesn't seem to realise yet how having a baby will dramatically change her life. And that's it. It's a common situation used to say something also common.

There is an interesting bit in the first half of the film where Yoko talks about a dream she had of a woman finding her baby has been exchanged for a false baby made of ice. Yoko learns from her boyfriend that this resembles a changeling myth from Europe and he gives her a book which she's surprised to find resembles her dream in every detail. This is never explained--like the performance of the man playing her father, Hsiao-Hsien wisely just lets the thing exist without resolution.

Posted by Setsuled at 12:29 PM
Email ThisBlogThis!Share to TwitterShare to FacebookShare to Pinterest