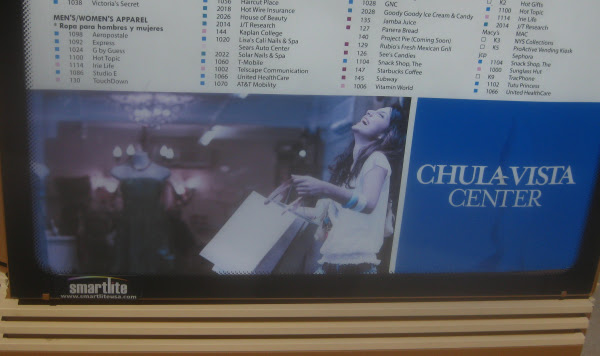 Saw this at the mall a few days ago. Sometimes the Make the Product Seem Orgasmic philosophy in advertising is just awkward. Okay, always.

I saw a young woman actually bend over backwards, over a chair, a couple days ago in front of me at a Mexican restaurant. She quietly looked at me upside down before sitting up and kissing her boyfriend on the cheek. I think he missed the whole thing.

It was the douchiest, hipsteriest Mexican restaurant I've ever been in. It was near Bird Rock--where I saw the pelicans a couple weeks ago. It was low tide so a bunch of people were out at the rock scaring the pelicans away. Some asshole even brought his dog. Anyway, I didn't get any good pictures.

Here's a picture of my latest radish, though: 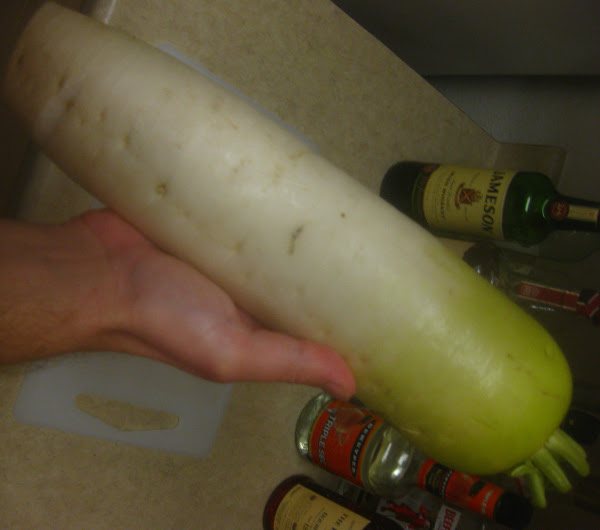 This was one of the medium sized ones. I peeled it and chopped it into segments which I've stored in baggies in the refrigerator. I felt like I was dismembering a corpse for the mob. 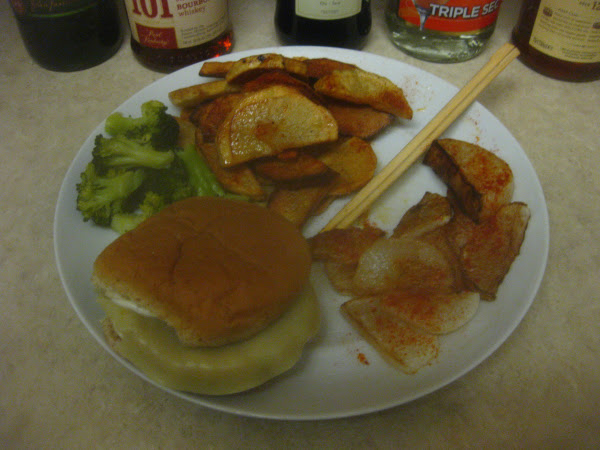 Daikon on the right, fried potato on the top. I fried the daikon in canola oil and added paprika when it was done. It was good, better than the potatoes, actually. Like hot, mild, orange pieces.

The potatoes had paprika and chilli powder, the broccoli was steamed, and that's a Trader Joes veggie burger with a slice of provolone on whole wheat bun.

The night before, I steamed the daikon with the broccoli: 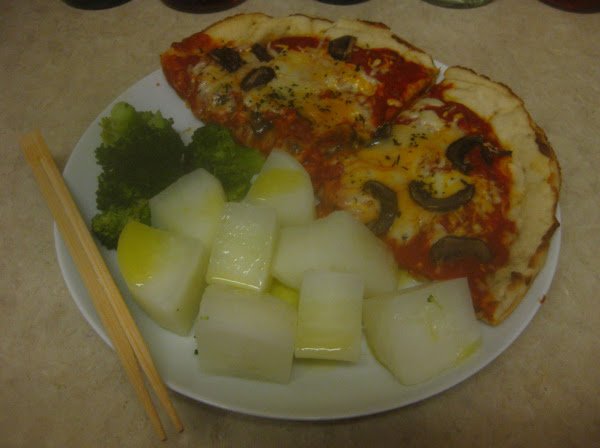 I added extra virgin olive oil to the daikon and it absorbed it really nicely. It was a little better than the fried daikon but I should have chopped them in smaller pieces. I have tried roasting daikon but I didn't get a picture--I just added ground ginger to it on that occasion, which was good, but I may try it again with olive oil instead.

Here's the mouse pad I bought at the Japanese market, orbited by one of my David Lynch coasters: 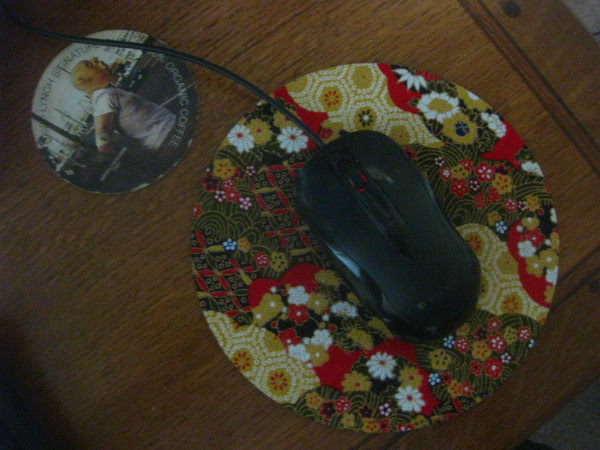 Posted by Setsuled at 2:42 PM
Email ThisBlogThis!Share to TwitterShare to FacebookShare to Pinterest