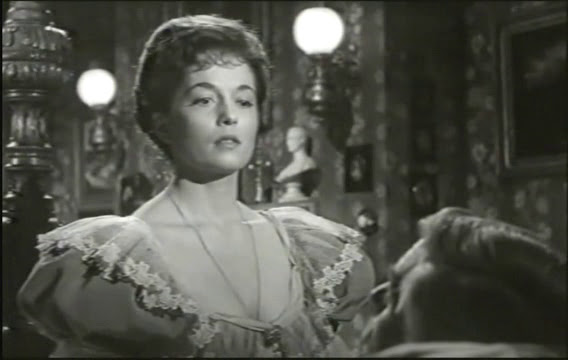 If you're going to commit murder, better make sure you're not seen by . . . The Cat! Oou, you say, The Cat? Like John Robie from To Catch a Thief? No. So Catwoman? No. Some other superhero, perhaps like The Shadow, lurking in the darkness to manipulate evil doers with supernatural hypnosis? Nope. I'm talking about the protagonist of 1961's Hammer horror film Shadow of the Cat who is . . . a cat! Just a cat. A house cat. Called Tabitha. Although it is unintentionally funny at times, this, incredibly enough, was meant to be a straightforward horror film.

Shadow of the Cat outlines its intentions by starting off with the murder victim reading aloud Edgar Allan Poe's "The Raven". She's murdered by her brother Walter (Andre Morell) to ensure that her second will, which leaves all her money to him, is the one found and not her first, which leaves most of her estate to her niece. For some reason, after Walter realises his sister's beloved cat had witnessed the murder, he becomes obsessed with hunting down the creature. Perhaps shots of Tabitha's face are meant to indicate a vengeful hatred for Walter and his conspirators. 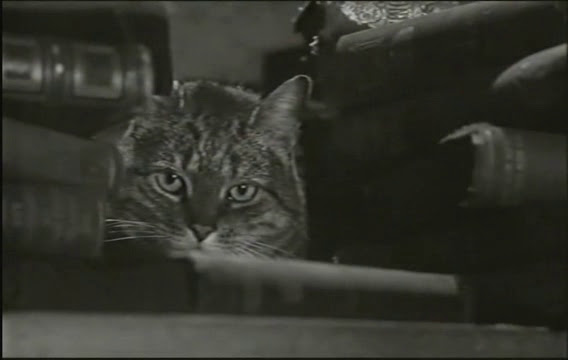 Though I think those of us more familiar with cats pretty consistently recognise the "I generally don't give a fuck but I'll pay attention in case there's food" look.

The conspirators are killed off one by one. One by drowning under very specific circumstances where the cat is on a log in the swamp and the guy falls in. Another time the cat jumps on someone who gets knocked down the stairs. This is followed by a shot of the cat playing with yarn and the score gives us some triumphant melody. 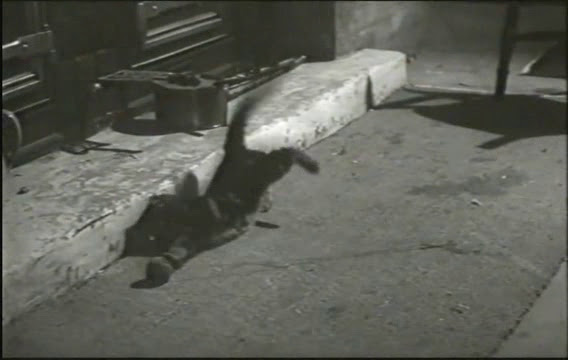 The film is rather an enormous miscalculation. An attempt to create a real sense of menace results in a real sense of adorableness. But on the plus column it is pretty adorable. 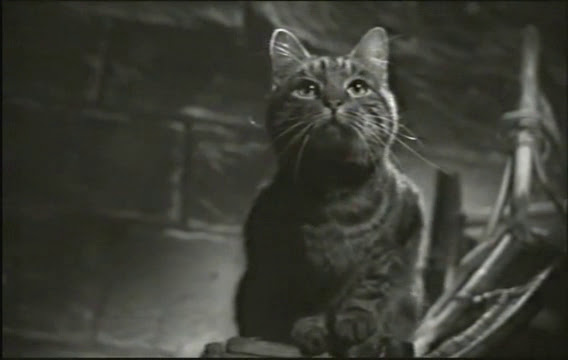 Posted by Setsuled at 12:35 PM
Email ThisBlogThis!Share to TwitterShare to FacebookShare to Pinterest