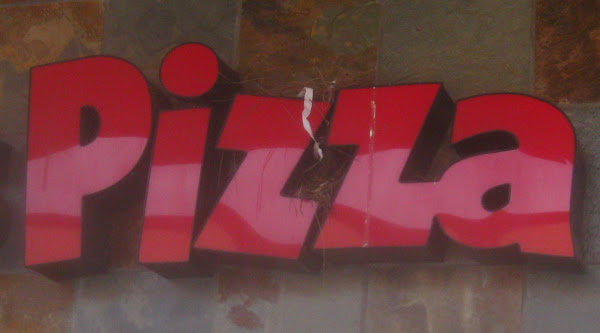 Here's a dove Tim and I saw at the mall yesterday in a nest on the sign for Shakey's Pizza. 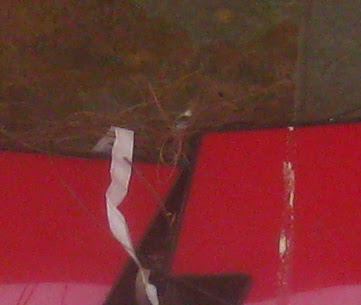 And here's one of the two or three ravens I saw early on Friday getting the worms. 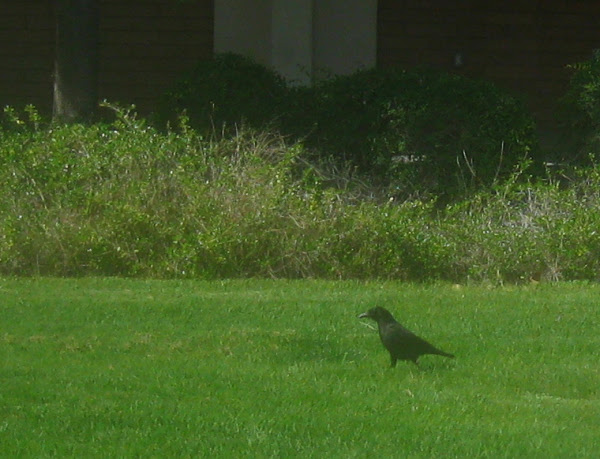 And I mean literally, for some reason there were earthworms wriggling up from the grass. Maybe it's because I'm not used to getting up early--worms actually do this? I actually got to school very early on Friday and so watched the ravens leisurely picking through their buffet. I wish I'd gotten more pictures.

I had French fries at the mall, not pizza. The best potato I'd had in weeks--for some reason all the grocery stores have been selling lately have been really disgusting, green, sprouting potatoes. Last night I made turnip fries which turned out rather delicious.

Posted by Setsuled at 2:03 PM
Email ThisBlogThis!Share to TwitterShare to FacebookShare to Pinterest