Two Sides to Every Straw 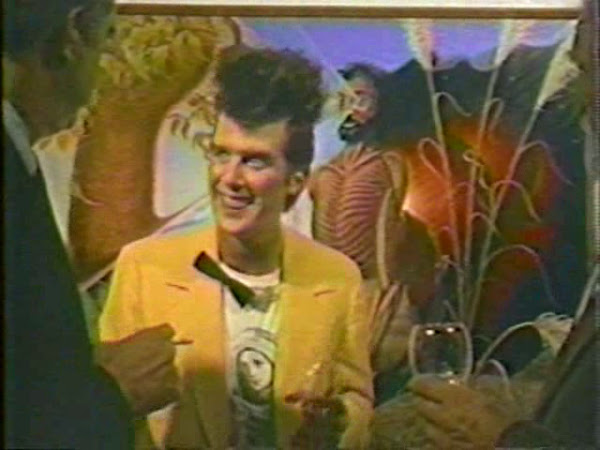 An article at io9 a few days ago called "A Strong Contender for Weirdest and Most Subversive 80s Movie" is about 1989's Split. Based on that article alone I figured it was a movie I had to see. Now that I have seen it I would say, no, it's not a strong contender for weirdest or most subversive. It's good, though, it's entertaining and at times wonderfully sweet. It feels a bit like a cross between Terry Gilliam's Brazil and late 1980s Doctor Who--both of which are significantly weirder and more subversive.

Split follows a guy named Starker (Timothy Dwight) who's somehow gotten wise to the fact that he, along with everyone else in the country, possibly the world, is being watched by a secret organisation. They build profiles on everyone based on recorded visits to the supermarket but Starker has thus far eluded their databanks by wearing a variety of disguising and eating only from dumpsters and occasionally diners. 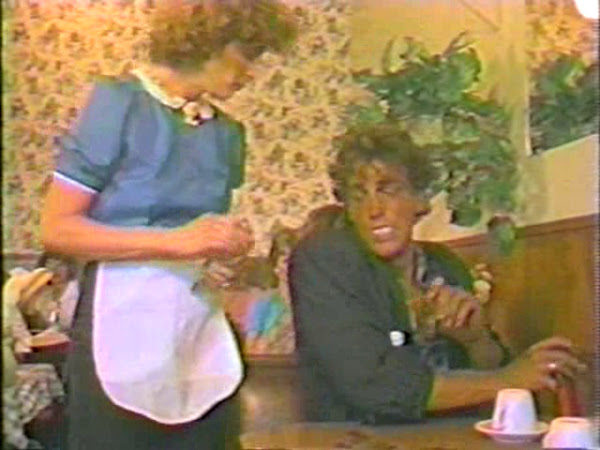 The concept here seems to be, "What if a common paranoid fantasy of homeless people turned out to be true?"

He meets an artist when he wanders into an exhibition for the artist's work to steal hors d'oeuvres. Intrigued by Starker, the artist takes him home where Starker tells him about his plot to release a placebo into the city's water supply while spreading the rumour that it will heighten everyone's sense of individuality and awareness of the universe. The artist scoffs but then has an hallucinatory journey through a seaside cave that turns into a naked woman who almost gives him a stone. 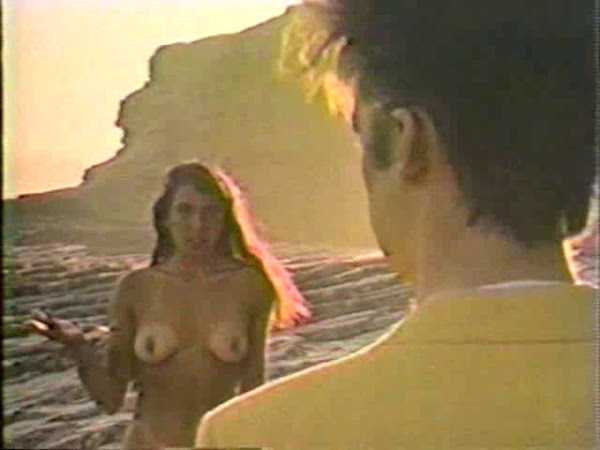 So I really loved this movie's attitude.

My favourite scene, though, is where Starker goes home with a waitress called Susan (Joan Bechtel) who tells him she has a husband called Jack. She's hesitant to bring the seemingly crazy man home but for some reason she relents after he pleads with her, telling her people are watching and following him and he needs to lay low for a while. 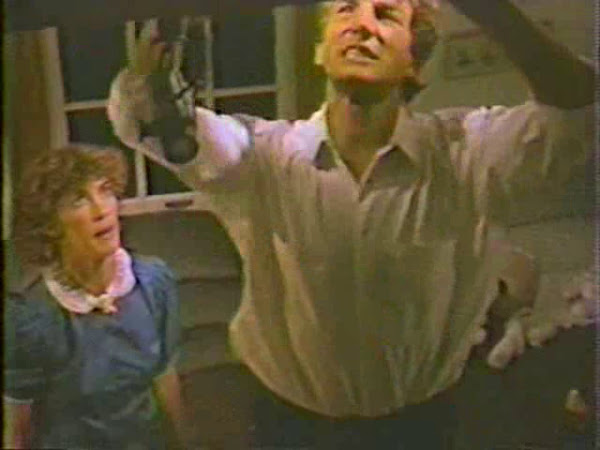 It turns out that there is no Jack, he's a sort of security blanket Susan has dreamed up to deal with her otherwise crippling fear of life. She and Starker bond over their feeling of overwhelming, constant terror which makes them both seem curiously nonchalant. 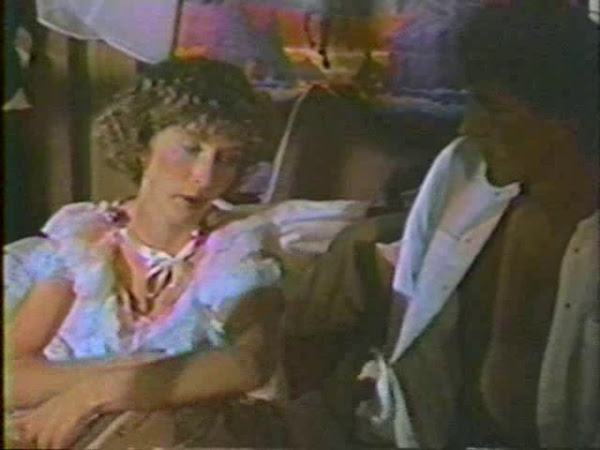 There's something real, insightfully human about the way they connect.

And the movie's very funny with a lot of clever lines. I liked how, just before they have sex, Susan asks Starker, "Have you read The Joy of Sex?" He says, "No," and she says, "Good." 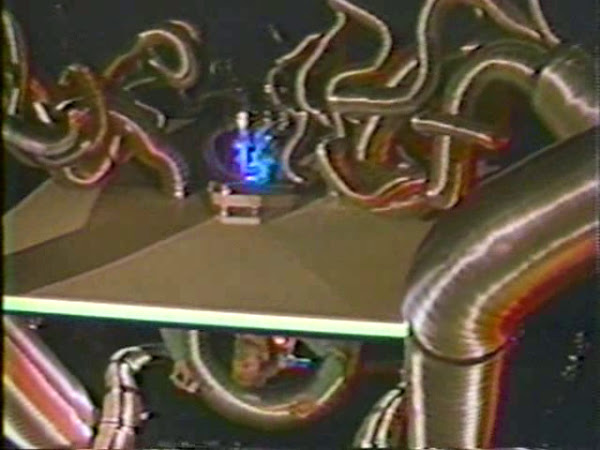 I wouldn't say the movie comes even close to being subversive, though, beyond the subversion that comes naturally with any good piece of art. I think most of us agree the individual should have more freedom than granted by the all-seeing evil organisation shown in the film but the movie doesn't make any particular argument to that point beyond simply bringing up the topic. Certainly it's not as articulate on the subject, or as weird, as Brazil or almost all of David Cronenberg's movies from the decade. But it's a good movie.

Marble tests array across a dry beach.
A plastic curtain smiles at the eye.
Curious coral scrapes the out of reach.
Bald, cancerous tigers hunt for the lie.
A tapered fan clutched the wind for a time.
The dehydrated compass man points north.
The ancient bubble gum was sold as slime.
It coats the river bottom by Thief's Berth.
The cold clover shades the upturned barrow.
Similar men stand sentinel in spring.
Cracked fingernails scrape gold from the marrow.
Pilloried skeletons at sunset sing.
Green Face watched the unwary traveller.
The bull's dry leather honed the leveller.

Posted by Setsuled at 9:56 AM
Email ThisBlogThis!Share to TwitterShare to FacebookShare to Pinterest