The Kittens and Guns of Christ 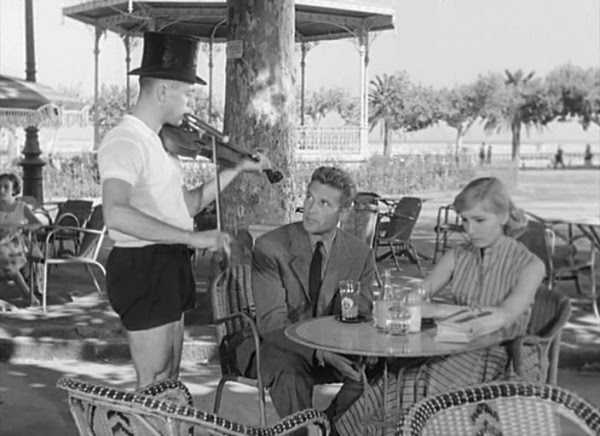 How much responsibility should one feel for others? How much should you allow yourself to be pushed before you hurt the one causing you pain? Luis Bunuel's 1956 film Cela s'appelle l'aurore (This is Called Dawn), like most of his films, is critical of the upper class but this film isn't as surreal as his best known works and specifically examines the relationship between the ruling and working classes. It thoughtfully explores the damage one class can cause to the other by following self-interests and the harm that can be done to oneself by ignoring one's own interests. It's an effective film, humanising broadly political topics. And it's filled with kittens. 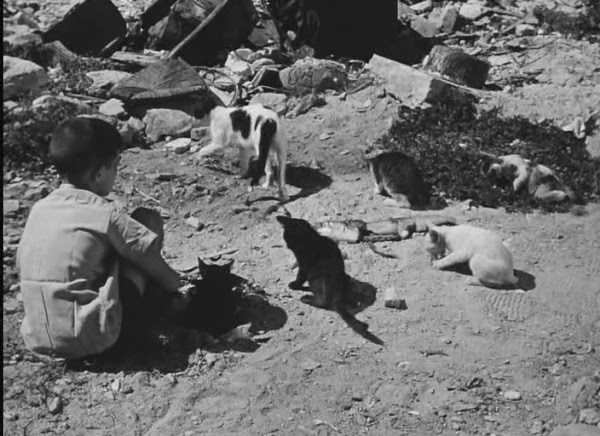 In one of the first shots, Angela (Nelly Borgeaud), wife of the wealthy protagonist of the film, Doctor Valerio (Georges Marchal), seems slightly repulsed by the sight of a small child watching kittens feeding on a dead fish. She doesn't like living in the poor town in the south of France though her husband displays an inexhaustible commitment to caring for the locals. Finally he agrees to move with her to Nice as soon as he can find another doctor to replace him--which seems to be almost impossible. In the meantime, he sends Angela on vacation and she's absent for most of the film.

Choosing a doctor as a protagonist, a wealthy one who cares for the poor, seems like it may be an attempt to create a moral authority, someone who stands apart from the sides of the conflict but with vested interests in both. But it's not that simple. The central problem of the film involves the rich owner of a vineyard, Gorzone (Jean-Jacques Delbo), firing the caretaker of his vineyard, Sandro (Giani Esposito), because Sandro neglects his duties in order to care for his sick wife, Magda (Brigitte Elloy). 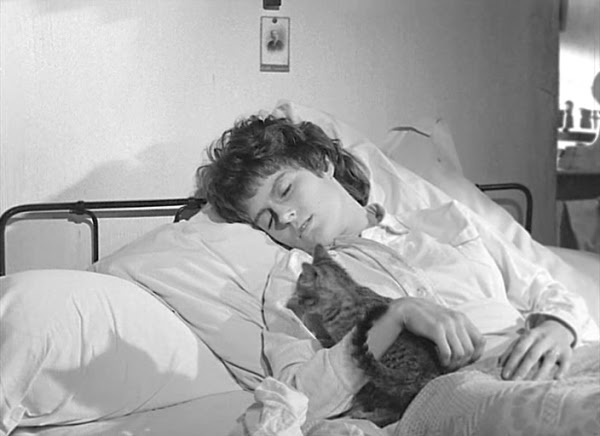 Valerio becomes a vehement ally of Sandro but his sympathy for the man is explicitly connected to Valerio's love for Clara (Lucia Bose), a wealthy widow whom he meets when he's called to care for a small child who was raped by her grandfather. 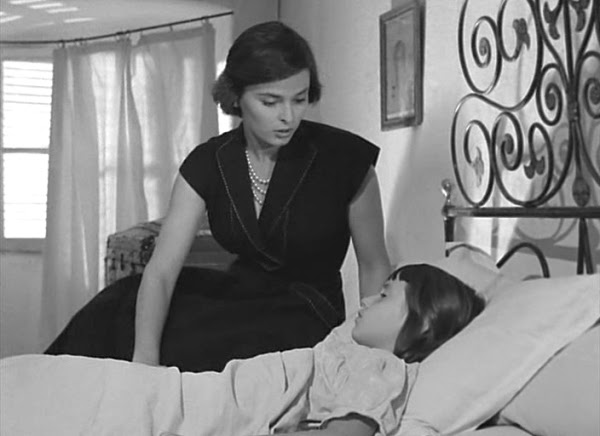 Valerio and Clara fall deeply in love but both are reluctant to cause pain to Angela. Perhaps it's no wonder when they're surrounded by the damage caused by insensitive people taking what they want though it's an important point that the man who raped his granddaughter was poor. Valerio's loyalty Sandro may be founded more on an impression of Sandro's love for Magda putting him at odds with society, much as Valerio's love for Clara runs against custom. The aristocratic Angela and her disgust for the impoverished town is not terribly different from Gorzone. 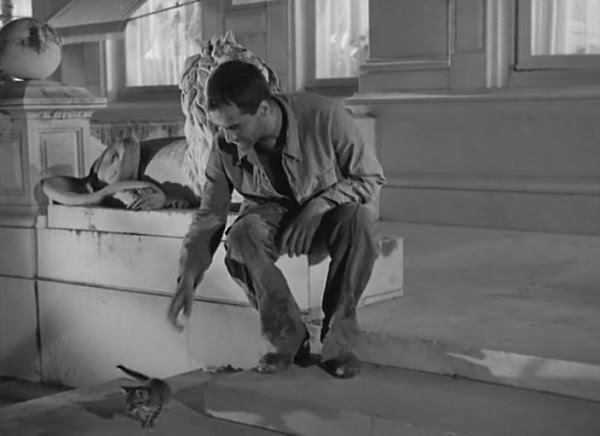 And again and again in this movie we see kittens. What do they mean? They're certainly linked to the working class. They could imply helplessness, creatures inspiring others to care for them. Yet in one striking scene, a poor man holds a gun in one hand a kitten in the other. Perhaps it's that kittens are both loveable and chiefly concerned with their own interests. 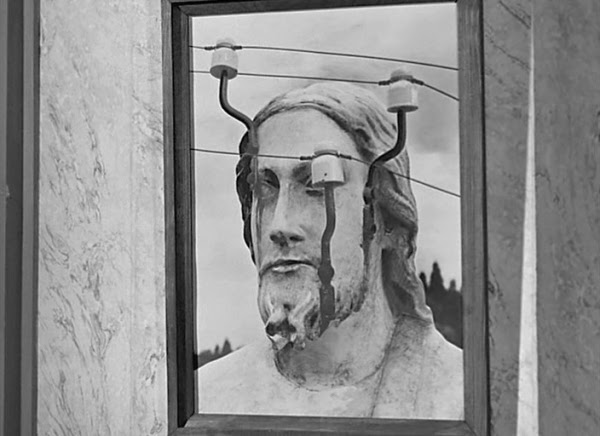 This bizarre picture of Christ, which seems as though it might be at home in one of Bunuel's collaborations with Salvador Dali, hangs in Valerio's home. When one of the vineyard hands, shocked, asks Valerio about it, Valerio explains that he got it in Italy during the war. When the poor man says he feels the painting is too extreme, Valerio tells him, "You just don't understand the beauty of war." Valerio isn't really a part of the lives of the townspeople--their suffering compels him on a private, aesthetic level.

Bunuel's portrayal of Gorzone is of a man grotesquely short-sighted. He flirts with Valerio's nurse, telling her she's too pretty to be caring for sick people. He doesn't understand why Sandro can't get someone else to take care of Magda and uses this to justify firing Sandro. But one could easily argue the working class rapist is worse.

This is close to Bunuel's statement with his later film Viridiana, a film which makes this statement much more strongly. But Cela s'appelle l'aurore does effectively portray the uniquely human demon and the failure of attempts to tame it with money or institutions.