Death is What Happens When You're Looking 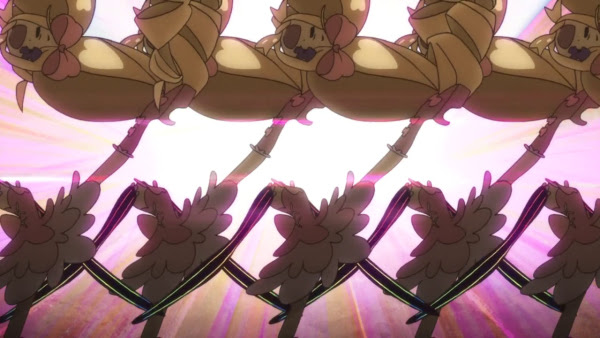 Anime series, like most shows, used to be around 24 episodes per season but gradually that number has shrunk to twelve episodes or less. In anime, this is largely due to over-saturation and widespread undeniable mediocrity leading to loss of audience interest and therefore shrinking budgets. However, the first and perhaps only season of Kill la Kill has just concluded at 24 episodes. And, sadly, it ought to have stopped at around 12. 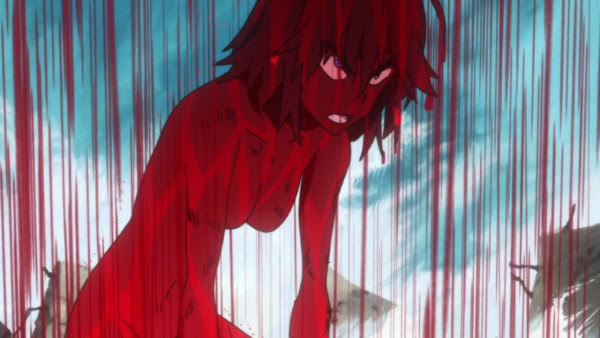 Even by twelve, the show had lost a lot of the creative vigour that made the first few episodes so interesting and was settling into a dull "fight of the week" format. But the plot ending with a berserker Ryuko facing her father's killer would have been a nice enough cap to a series that was mostly wonderfully surprising. After this, the show settles into a repetitive series of shifting allegiances in the character factions that both basically give us the same reveal again and again but, even worse, all but completely obliterate character distinctions. 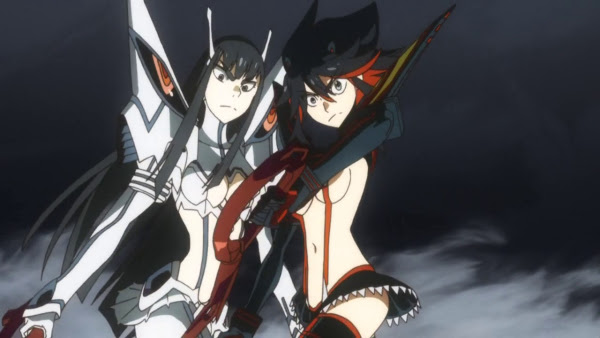 To the point where the villain, Satsuki, becomes Ryuko's ally, then Ryuko becomes the villain, then they're allies again. It reminded me of Final Fantasy VIII where roles inhabited by characters would just wildly change from one chapter to the next with little regard for what happened before. Things seemed to be ruled by character designs and the idle thought, "Wouldn't it be cool to see this character doing this?"

But, although there's some cheap place-holder art presumably to be replaced when the episodes appear on DVD and Blu-Ray, the animation never stopped being extraordinary and far more exciting than most anime series even seem to know the concept of. And the artists never seemed to stop having fun. I didn't spot half the detail in this screenshot when I was watching the show. 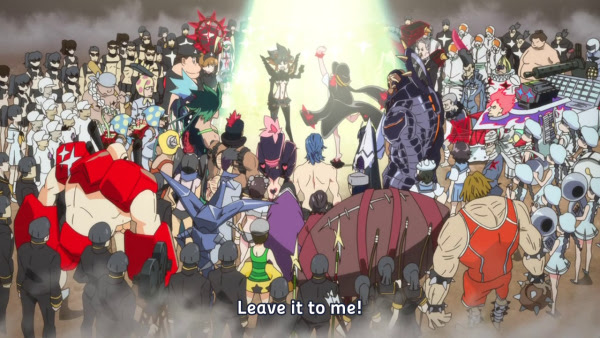 Why is there a giant football? Why is someone dressed as an origami crane? It's never explained.

Posted by Setsuled at 11:12 AM
Email ThisBlogThis!Share to TwitterShare to FacebookShare to Pinterest