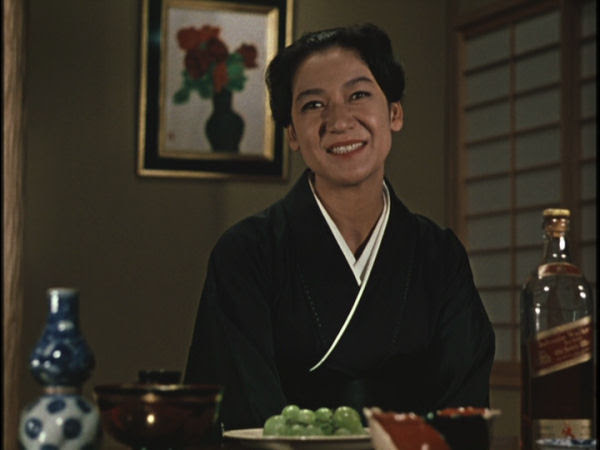 Setsuko Hara and a bottle of Johnnie Walker, I certainly couldn't ask for more. Well, maybe Balvenie instead of Johnnie Walker, but then, Balvenie doesn't come in a red bottle and in this shot director Yasujiro Ozu is using the bottle for his characteristic "signature" in 1960's Late Autumn (秋日和). Ozu had a very distinct set of compositional mannerisms--almost always using static shots from the elevation of someone sitting on the floor, usually featuring a series of square frames or prosceniums, and one red object in a corner. His passion for putting together these shots means he quite deliberately disrupted continuity between shots as the the Johnnie Walker bottle demonstrates by showing us its red label from multiple angles. 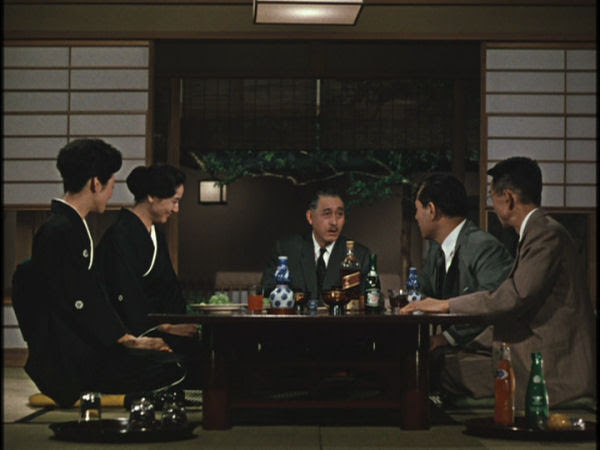 Sometimes the signature is even someone's socks: 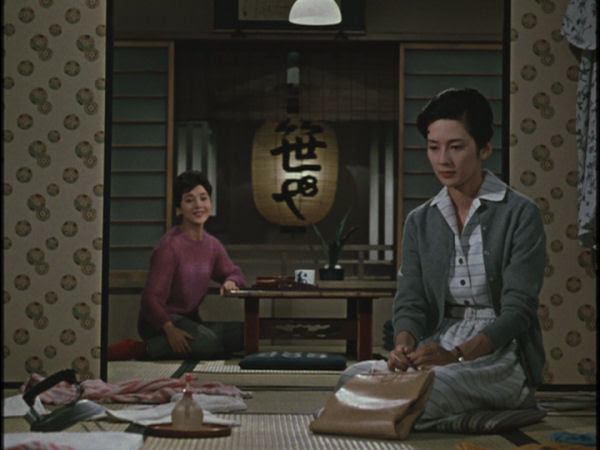 This particular character, Yuriko (Mariko Okada), supplies the red in several shots, making me wonder if Ozu saw her as his avatar.

Late Autumn is a reworking Ozu's great 1949 film Late Spring and is very much inferior to that work, more of an enjoyable anecdote than that film's devastating and subtle portrayal of the incidental damage of traditional social dynamics. Which is not to say Late Autumn doesn't offer some insight into human behaviour. 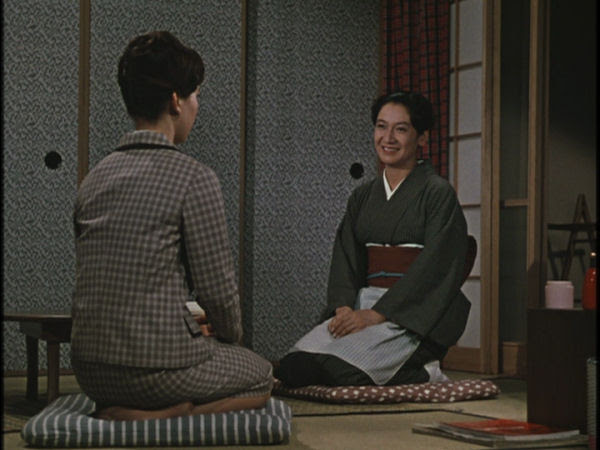 Setsuko Hara, who played the twenty seven year old woman reluctant to marry and living with her widower father in Late Spring, here has the opposite role as the widow mother, Akiko, who feels culturally pressured to in turn pressure her daughter, Ayako (Yoko Tsukasa) into marriage. 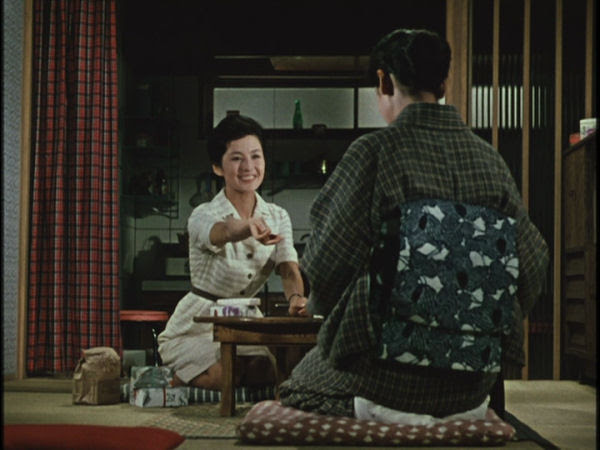 But, despite the fact that Hara was the biggest star in the movie and top billed, she only has a few scenes. Unlike Late Spring, most of Late Autumn focuses on the people in her and her daughter's social circle trying to arrange the marriage, mostly three middle aged male executives in the company Akiko and Ayako both work for. 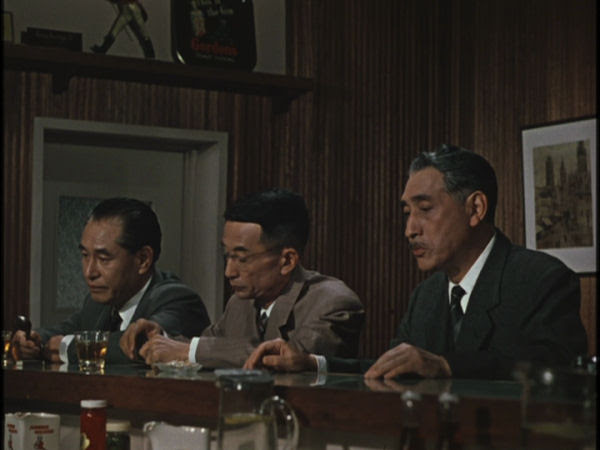 They were all friends with Akiko's late husband and all of them had crushes on Akiko when they were young. They use this to justify their rather patriarchal plot to see that Ayako gets married in order to protect what they see as the young woman's extraordinary "purity". 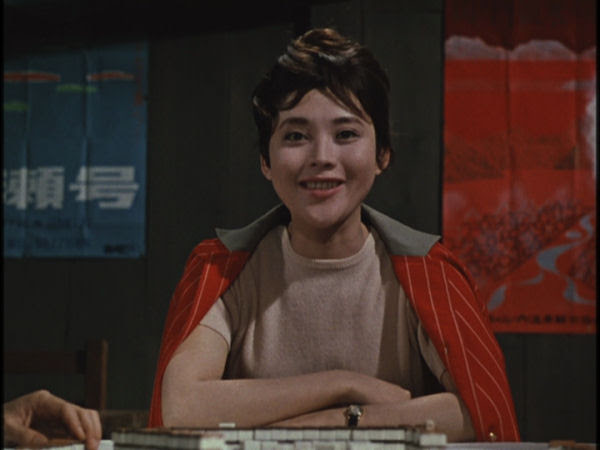 Yuriko, who is Ayako's friend at work, gets wind of this and seems to represent Ozu's perspective on the modern, more independent woman in 1960 Japan. In a very gently radical scene, she confronts the three men angrily, telling them they should be ashamed for meddling in the lives of Akiko and Ayako, even telling them to address her as "Yuriko" and not "Yuri-chan"--an affectionate manner of address older people use for children, women, and pets. 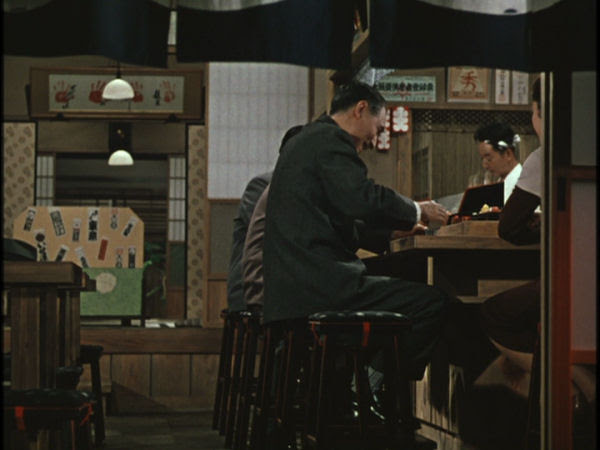 But Ozu's far from a revolutionary--once the men explain themselves, Yuriko happily joins their conspiracy. She wants to see Ayako married, too. Ozu shows the men and Yuriko to all be quite charming with their very human faults and seems to portray something healthy in their combined efforts. And yet, like Late Spring, there is the subtle impression in the end that there's something very wrong with all this and no-one can see it. But it was a message that came off far more powerfully in Late Spring. 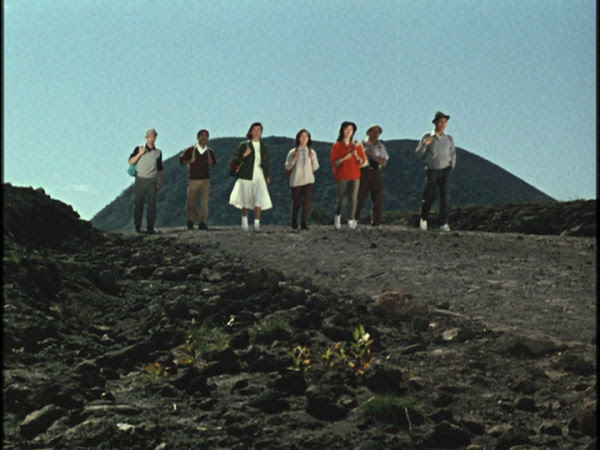