Trouble is Bland and Illogical 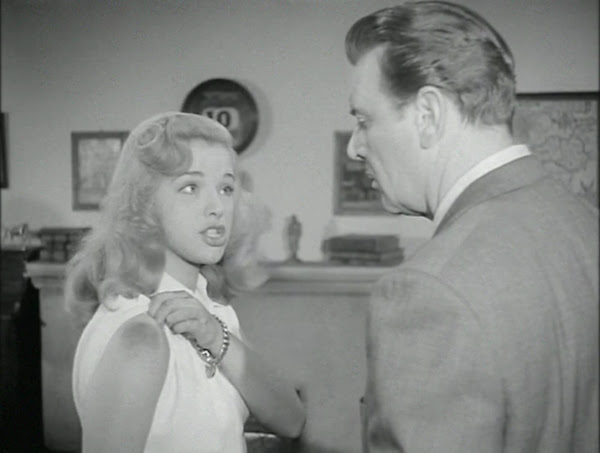 The weird logic of a misogynist's rationalisations taken slightly out of context can be sort of fascinating. 1952's The Last Page, a.k.a. Man Bait, a Terence Fisher movie for Hammer, plays like the film version of a male employer's deposition who's guilty of sexual harassment. A man who maintains an idealised view of women even as he's quick to blame women for his own libedo. It's an awkwardly shot and written film with lacklustre performances.

George Brent stars as bookshop owner John Harman. Brent had a career in American films going back to the 30s before which he was in the Irish Republican Army during the Irish War of Independence. He always reminds me of a quote from Lord Henry in The Picture of Dorian Gray: "Good artists exist simply in what they make, and consequently are perfectly uninteresting in what they are. A great poet, a really great poet, is the most unpoetical of all creatures. But inferior poets are absolutely fascinating." By that logic, Brent must have been the IRA's own Rambo. 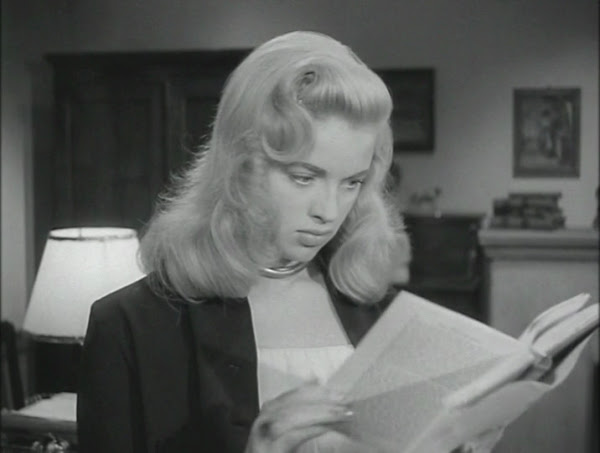 Much prettier and slightly less talented is Diana Dors as the "bait", Ruby Bruce, an employee of the bookshop who's consistently late to work. But she doesn't exercise the awesome destructive power of her eyelashes until she meets a thief named Jeffrey Hart (Peter Reynolds). 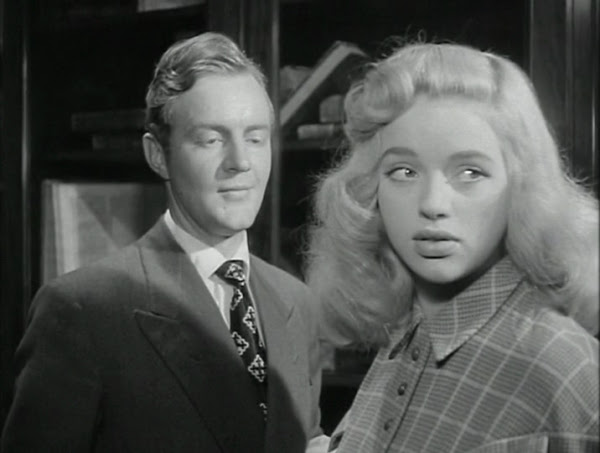 I like to keep myself as ignorant as possible about a movie before going in so I didn't know what the agenda was. So I just thought the scene where John and Ruby worked late cataloguing books was just very strange. Having exhibited no interest in John before or after, Ruby starts making eyes at him. Then she rips her blouse while reaching for a book, he walks over to see if she's hurt, and they kiss. 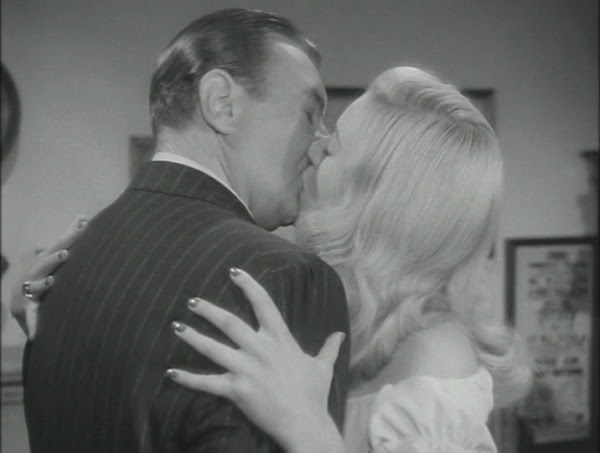 He apologises and says, "That was perfectly ridiculous," before the two of them casually go back to work.

John is married to an ill, bedridden, but loving wife. When Jeffrey talks Ruby into sending her a blackmail letter, John's wife drops dead from the shock. Of course, this is all Ruby's fault! Well, not hers alone but mastermind Jeffrey's. The movie doesn't even give her the dignity of being the genuine villain, just kind of the helplessly malleable tool of Jeffrey's machinations. 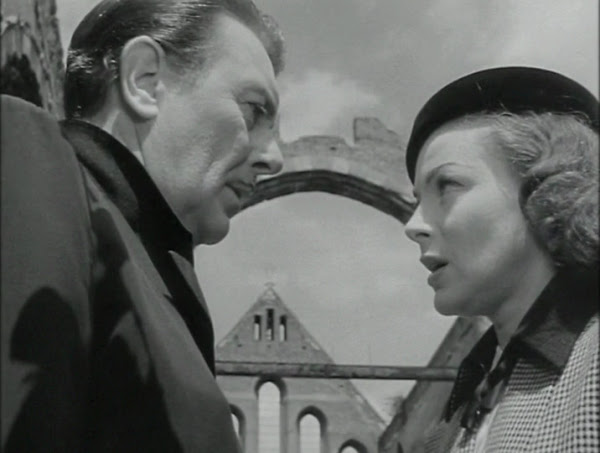 This all accidentally comes back on John who, after all, couldn't help kissing Ruby, could he? His one chance of clearing his name is by pointing out three books on a shelf are upside down. And now you're thinking there must be an explanation, some reason this clearly proves John's innocence. Well, he explains, when you take those books out they can be used as a spy hole into the backroom. That's it. It's almost like the screenwriter doesn't know how thought works.

Posted by Setsuled at 10:37 AM
Email ThisBlogThis!Share to TwitterShare to FacebookShare to Pinterest