Stones and the Burning Rock 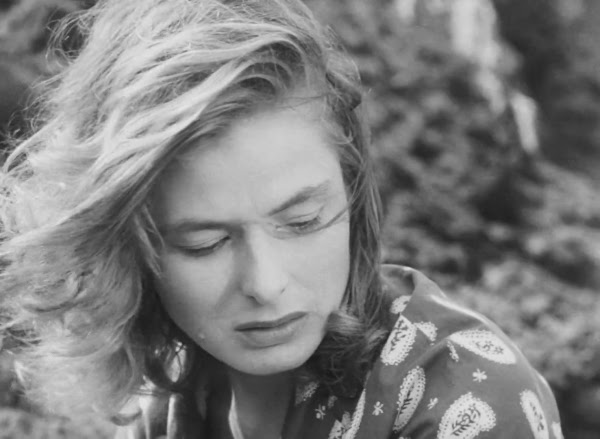 People who believe in a fundamentally ordered universe might have no qualms about living near an active volcano. There are three settlements on the island of Stromboli to-day which still has one of Italy's three active volcanoes. I have no idea what motivates people to continue living there or if living conditions have gotten any safer in recent years. But in Roberto Rossellini's 1950 film, also called Stromboli, the motive seems to be a sort of communal fanaticism. The film is a beautiful portrayal of someone abnormally sane trying to live among these people and ultimately is about the cold, impartiality of nature in rigorous discord with the pious humans. 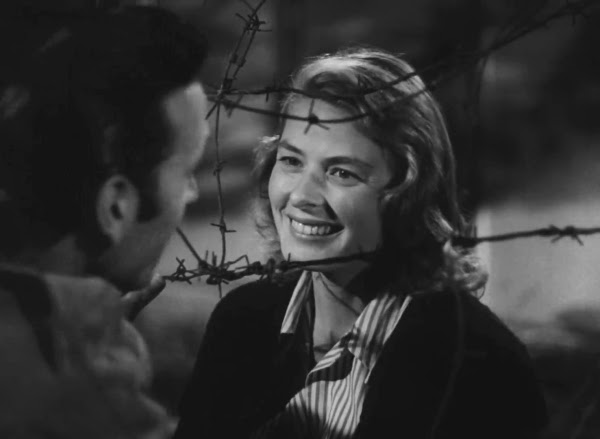 Ingrid Bergman stars as Karin, a young Lithuanian woman living in a prisoner of war camp at the beginning of the film just after World War II. She's carrying on an affair with an Italian man named Antonio (Mario Vitale) through a barbed wire fence. They can't even kiss but when Karin's attempt to get a visa to Argentina fails she impulsively decides to accept Antonio's marriage proposal. He takes her to the small fishing village where he grew up on Stromboli. 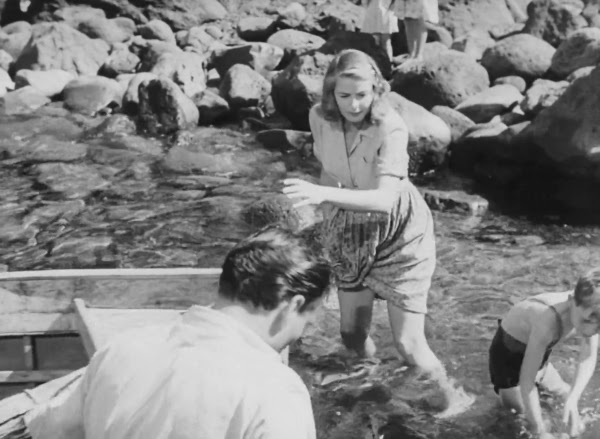 After she spent years working in Hollywood, a familiar figure on carefully controlled soundstages and limited location shots, it's fascinating to see Ingrid Bergman in this Neorealist film, shot almost entirely on location. Partly just because it's quite clear in this film that she's extraordinarily tall--taller than all of her male co-stars in fact. 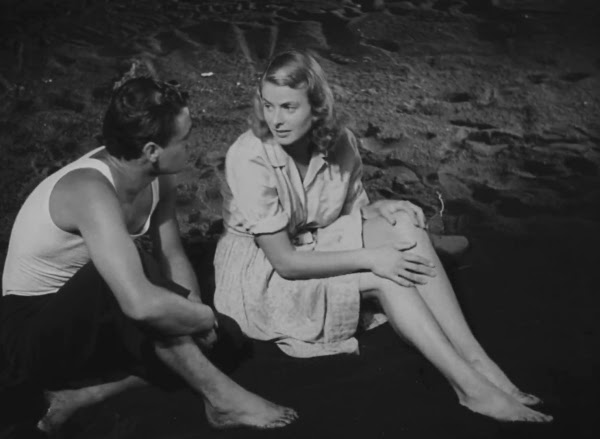 I knew she was tall--there's the famous story about how Humphrey Bogart had to stand on boxes to dance with her in Casablanca. But she'd been so carefully shot usually sitting or cast only with very tall actors like Cary Grant that seeing her in this movie feels like a revelation anyway. It doesn't make her any less gorgeous. 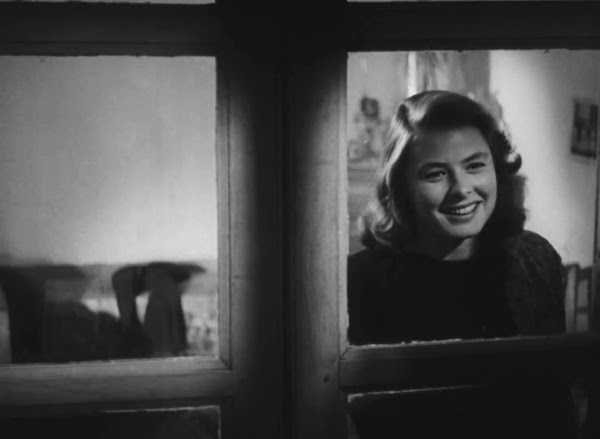 Karin's beauty is an important part of the film as we learn she's accustomed to getting through life through the men she charms. Her happy rapport with the town prostitute suggests she may have even worked as a prostitute herself once though the only reason the other townswomen offer for shunning her is that she is "immodest".

She doesn't cover her hair in a mediaeval fashion like the local women and she puts away all of Antonio's religious heirlooms, much to his consternation. She also brings a cactus into the house as decoration, which also seems bizarre to him--it's one of the ways the film ties Karin to nature in opposition to the townspeople who would dominate it. In one of the most amazing scenes of the film, we witness her shock at the actual footage of the fisherman at their work hauling in tuna. 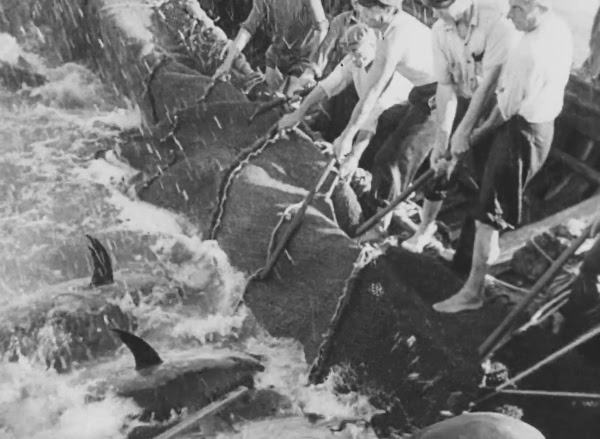 The massive fish writhe in the froth over an enormous net the men lift just enough to pull the creatures in with hooks. Two other occasions in the film show Karin's shock at the villagers killing animals as a matter of course. I was reminded of The Misfits and Marilyn Monroe's character attaching her own feelings of isolation to the cruelty with which animals are treated by men. 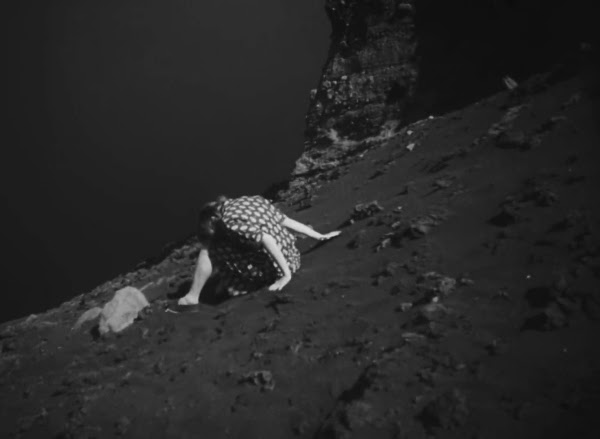 And, of course, Karin is tied to the volcano.

I really loved the end of the film which leaves no answers to this conflict--only an impressively ominous anxiety. Which is so wonderfully appropriate--attempting to provide a solution would have been insulting. Karin's lines as she sits on the volcanic slopes above the village, about how they're "horrible" but "they don't know what they're doing," seem to cast her as a Christ-like figure even as she condemns herself for being worse than the villagers. One could say if Christ died for man's sins, a woman like Karin suffers for man's God.