Bread Will Not Survive Here 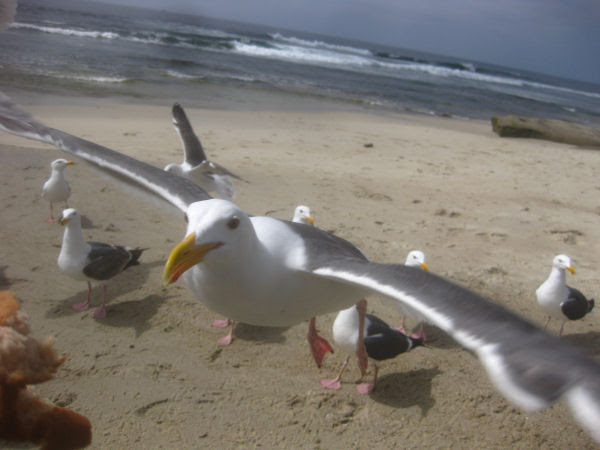 After walking a bit in the the unexpectedly crowded Pacific Beach yesterday, I went to a spot by the water in La Jolla where for some reason I can always get parking and it's never very crowded--though there were more people there than usual, which I put down to spring break, but still lots of parking, about half a block from the water. I sat on this rock and fed some whole wheat hamburger buns to the most aggressive seagulls I've met: 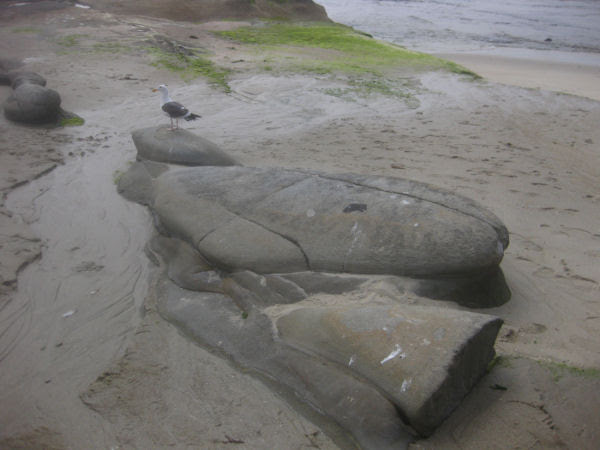 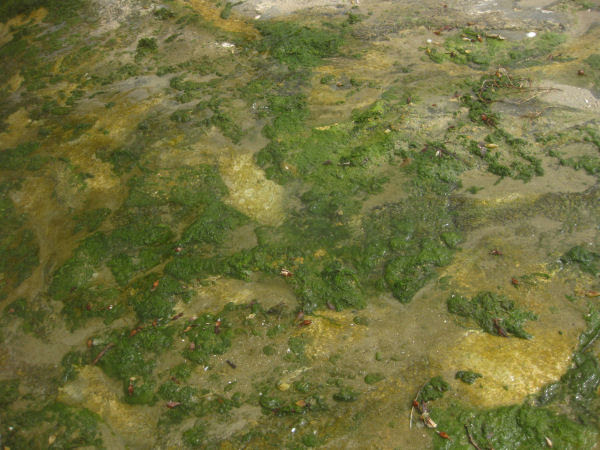 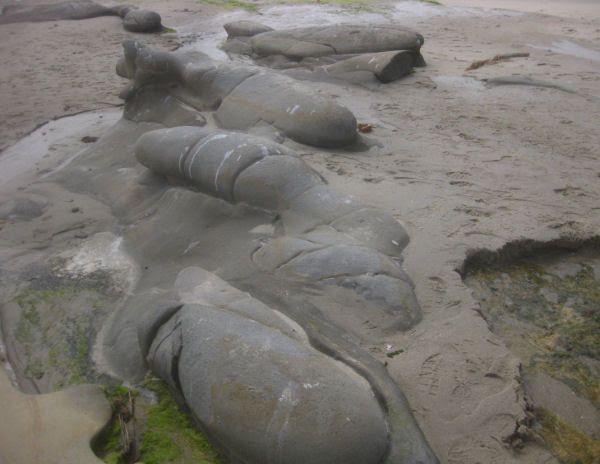 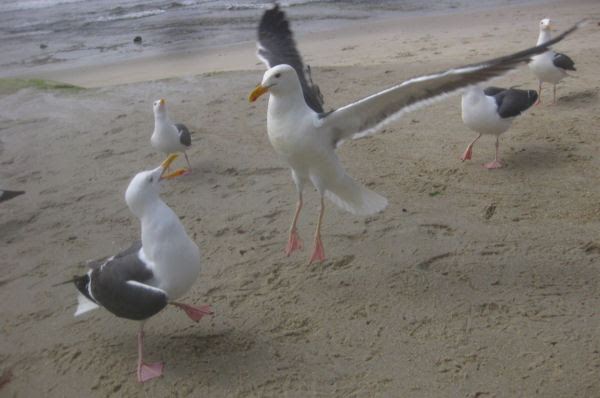 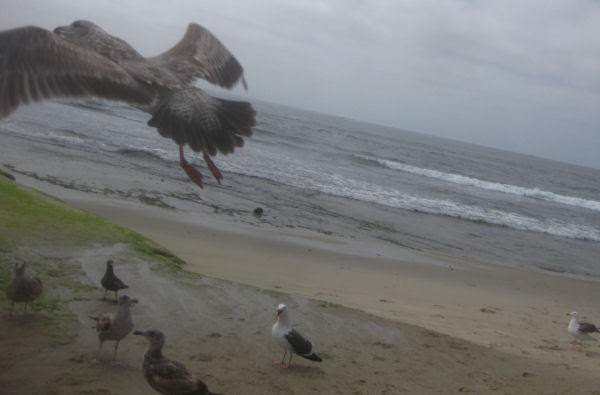 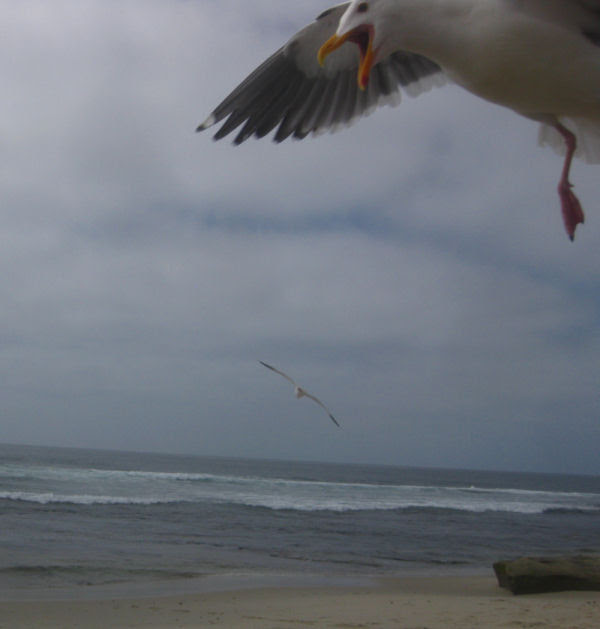 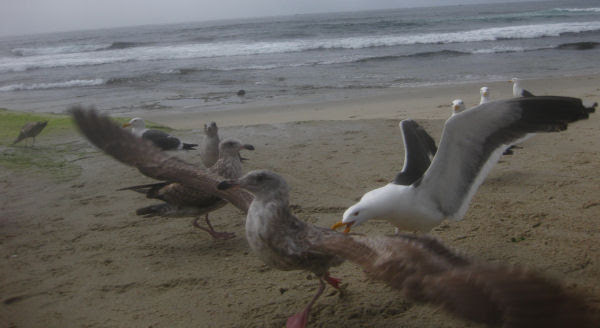 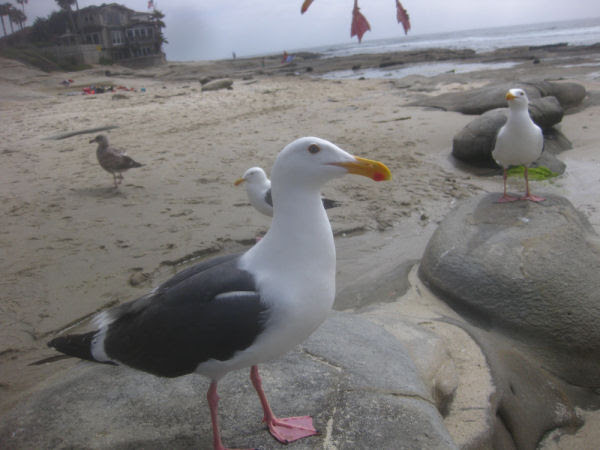 This one was casually standing next to me the whole time.

When I looked into my bag to get a second handful of buns, I felt their wings beating on my hat, they were hovering so close. I take a lot of photos, with plenty of near-misses--including this one where I can see now a woman apparently taking a picture of me with her phone. 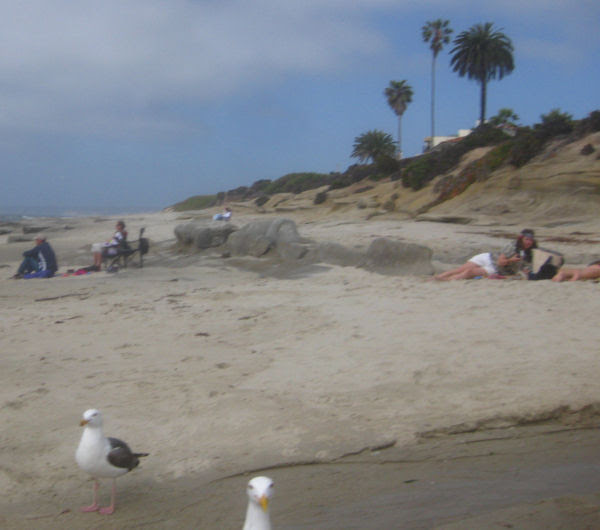 I can only imagine what I looked like, the figure sitting in the middle of a small storm of seagulls. There were a lot of kids watching, too, and I almost offered them some bread but the birds were so aggressive I didn't want to be responsible for any lost fingers.

In describing how clever Capuchin monkeys are, my physical anthropology teacher told the class a couple weeks ago about some Capuchins at a zoo who learned to leave some of their food as bait for seagulls in the middle of their enclosure--they would then ambush the poor birds. I have no doubts about the cleverness of Capuchins, but I'm afraid it doesn't take a whole lot to lure seagulls.

Posted by Setsuled at 10:14 AM
Email ThisBlogThis!Share to TwitterShare to FacebookShare to Pinterest