Flame for the Fire 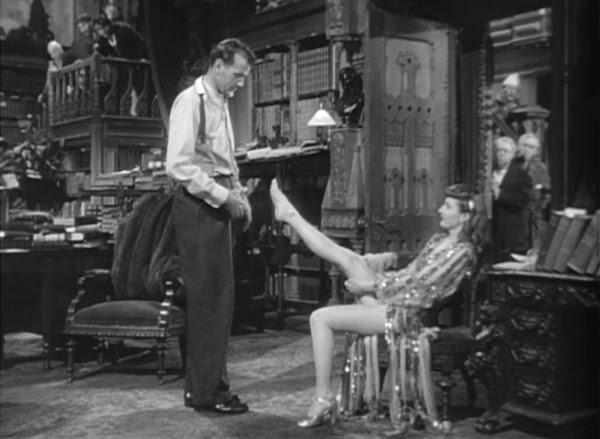 Barbara Stanwyck's magnificent legs, seen here in 1941's Ball of Fire, rampaged through cinemas in the 1940s. And in movies that were great for a million other reasons, too, like Double Indemnity and The Lady Eve. Ball of Fire is no exception, directed by the great Howard Hawks from an incredibly sweet and clever screenplay co-written by Billy Wilder, the film features one of the best casts I've ever seen in a comedy.

The stiff, emotionally reserved performance that made Gary Cooper perfect for straight shooting old west lawmen unexpectedly makes him perfect for the ascetic young professor of English Bertram Potts. Potts, along with a team of other professors played by an impressive assemblage of character actors, is devoting years of his life in a manor library, writing an encyclopaedia. 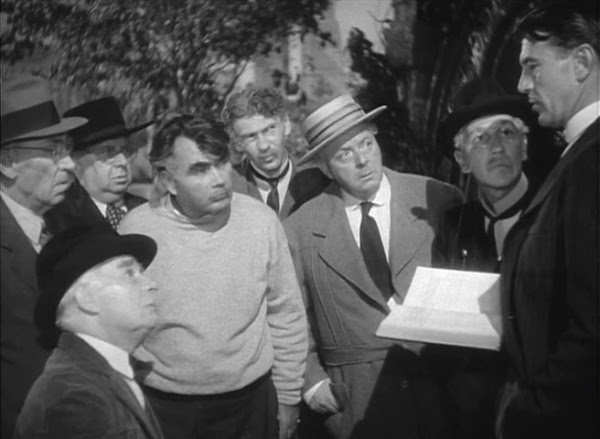 Among the professors is Henry Travers for geography--that's Clarence from It's a Wonderful Life and Charlie's father from Shadow of a Doubt--Leonid Kinskey, Oskar Homolka, and S.Z. Sakall as the physician. He so hated playing the German caricature in Casablanca, he was perhaps much happier playing this character given more dignity by German screenwriter Billy Wilder. Even though the professors are called "kids" by Stanwyck's character who's amused by the stodgy bunch of middle aged virgins, the movie doesn't take cheap shots at them and honours both their wisdom and capacity for affection. 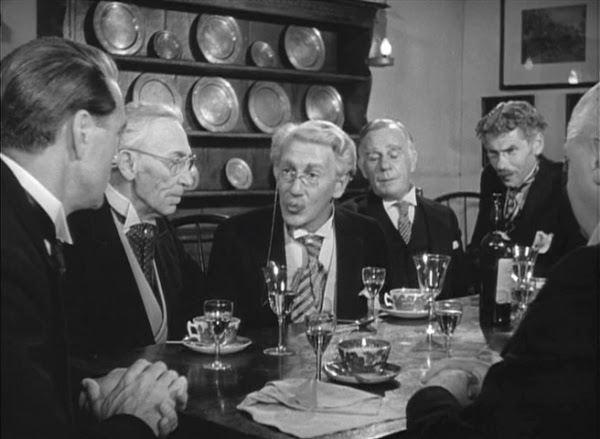 Maybe the most memorable among them, though, is the widower and professor of botany Oddley, played by Richard Hadyn whose voice would be familiar to most as the Caterpillar from Disney's 1951 version of Alice in Wonderland. Here he exhibits the same tendency to add letters to words like "exaciticly" and "pracitically". As the group offer opinions over a table on marriage, he recalls his own wife, Genevieve, and wistfully advises Potts to treat his love gently like "anemone nemorosa". 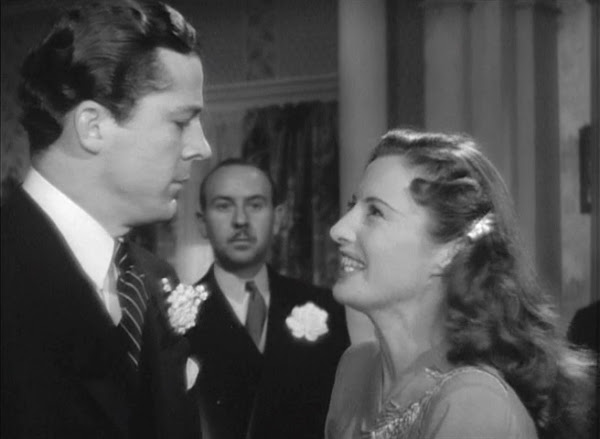 But the impressive cast doesn't stop there--Stanwyck's character is a burlesque performer named Sugarpuss--her name, Potts helpfully explains, means she has a sweet face--and she's mixed up with the mob. Her fiancé, Joe Lilac, is a mob boss played by Dana Andrews. Working for him is a goon played by Dan Duryea who gives a nuanced performance here in even this tiny role that hints at his complex lead performance later in Black Angel. 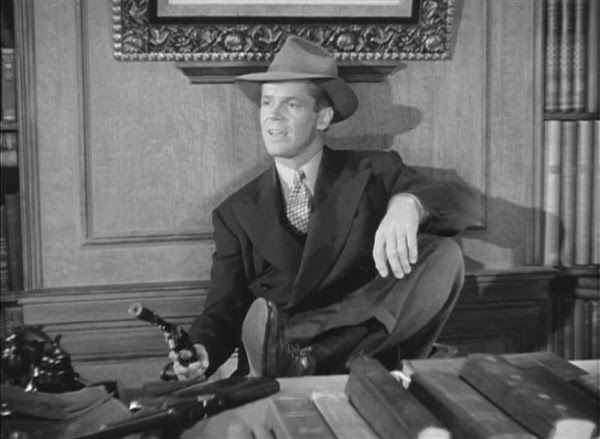 There's even a brief appearance from Elisha Cook as a waiter at the club where Sugarpuss performs a musical number called "Drum Boogie" with bandleader Gene Krupa on drums. I found this song stuck in my head the next day--singing to myself the chorus which is just, "Drum boogie, drum boogie" repeated. Gradually this turned in my head to "Grey matter, grey matter" from the song by Oingo Boingo and finally into, "Stromboli, Stromboli," which was the name of the movie I watched the following night. 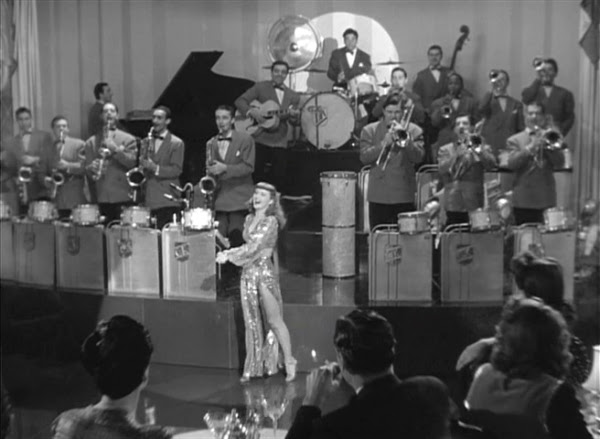 The plot of Ball of Fire involves Sugarpuss helping Potts with contemporary American slang as a cover for hiding out from the cops. Brilliant screwball high jinks ensue. It's best you see it for yourself.

Posted by Setsuled at 10:23 AM
Email ThisBlogThis!Share to TwitterShare to FacebookShare to Pinterest