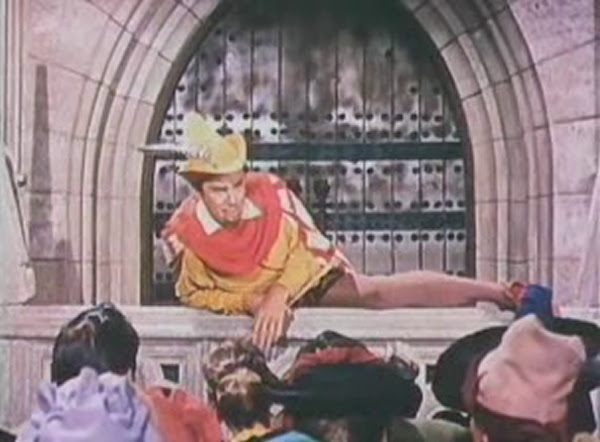 If you're the corrupt mayor of a mediaeval town beset by rats and you wish to cheat the sorcerer doppelganger of your daughter's undesirable suitor into removing the vermin for free, pray to God, and your wish will be granted. This was the message conveyed to children in 1957 by NBC with the television special The Pied Piper of Hamelin. Appropriating the music of Edvard Grieg, most of its musical numbers are embarrassing and the plot is generally a dumbed down version of Robert Browning's poem with American Christian morality clumsily inserted. But it has its charm with a fine performance from Claude Rains as the mayor of Hamelin, an amusing appearance by Jim Backus, and the inimitable tight-tights and big stained glass aesthetic of pre-1970 Hollywood mediaeval fantasy. 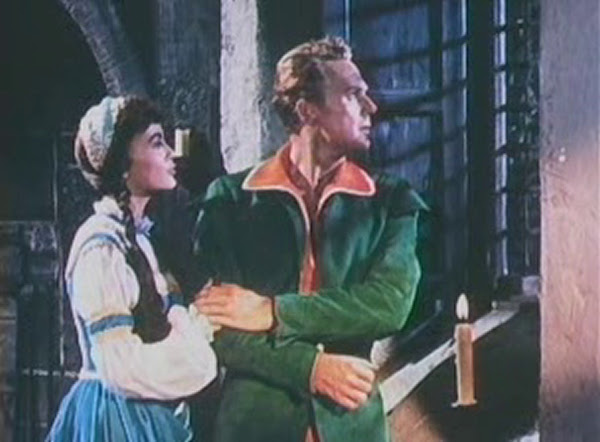 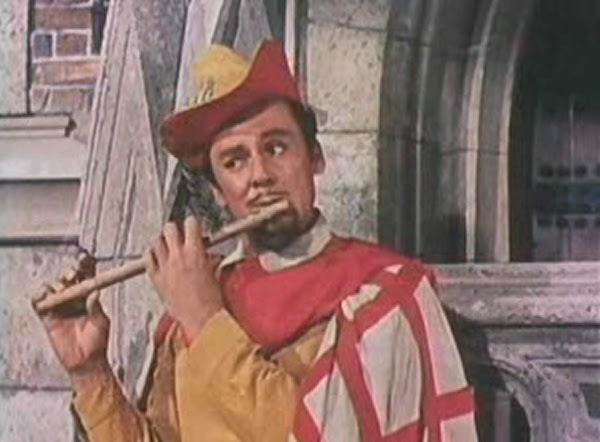 Johnson, according to Wikipedia, is fondly remembered for the role. I've never been a particularly big Van Johnson fan but I guess he does have a rough, natural quality to him. I remember getting impatient for his scenes to end in the musical film Brigadoon so having him the lead of this musical was quite tedious. Especially the excruciating "Flim Flam Floo" in a scene where he sings to the children about how magic he is, so magic he can turn milk red, and no-one in the films seems aware of how disgusting it is when he demonstrates this. 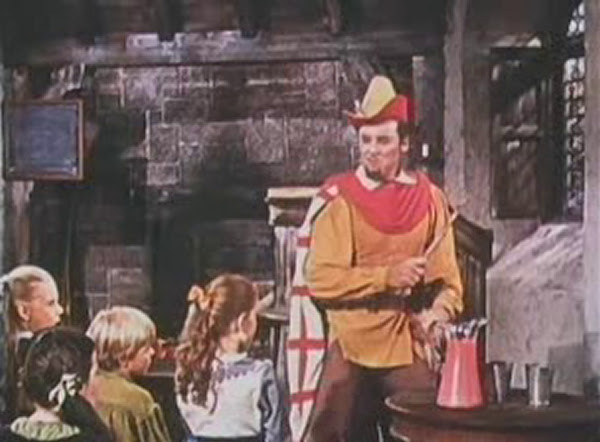 He's not helped by the fact that most of the dialogue, like Browning's poem, is in rhyme. Several lines are lifted directly from the poem but there are plenty of very unnatural sounding lines written for the film. "Your Excellency, if I do, there'll be a big hole in you," for when Backus is standing at the wrong end of a cannon. "Aye, you've robbed the children of learning, laughter and play, and darkened their lives in the sun of the day," Johnson, like a farmer reading psalms aloud, recites from the script to the mayor in reference to one of the contrived plot elements--the mayor forces the children to perform hard labour, mainly bailing hay. 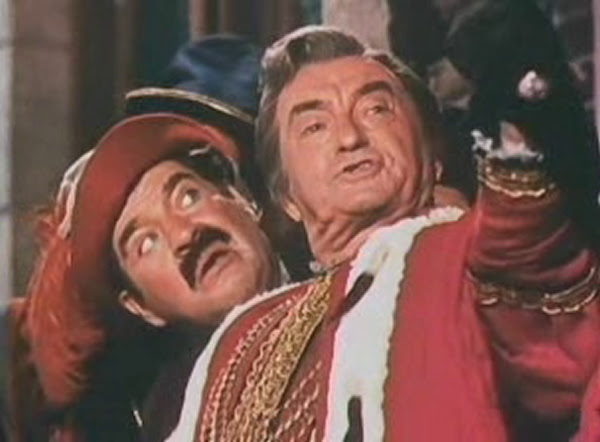 Rains impressively manages to make most of his dialogue sound natural, essentially reprising his Prince John from the 1938 Adventures of Robin Hood. This was the only singing and dancing role of his career and while he manages to stay in tune it's clear why this was his only singing and dancing role. Though considering he was 68 at the time, it's probably best not to judge his dancing. In fact, considering his death was just a decade later, the vigour with which he performs this role is rather impressive. 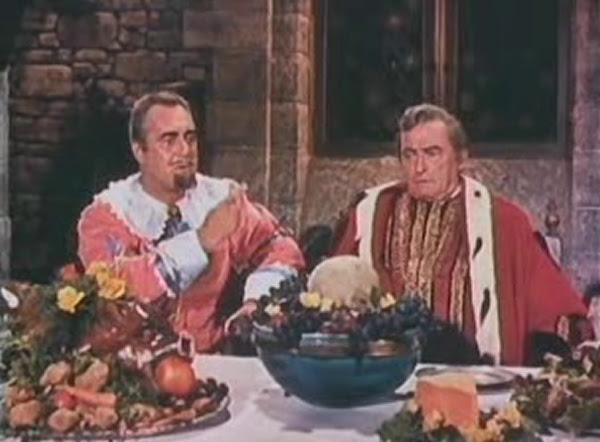 Jim Backus--best known as the voice of Mr. Magoo--makes an appearance in the second half as a king's emissary whom the mayor is keen to impress, a contrivance added to the film to explain why the mayor wants to get rid of the rats, apparently the hardships brought on by a rat infestation recounted at length in the poem not being deemed cinematic enough. But the most significant departure from the poem is the ill-considered happy ending. So typical of 1950s morality, in attempt to remedy something deemed ugly in the source material the adaptation ends up with something implying culturally licensed greed. As in the poem, the mayor's failure to pay the piper is shown as a bad thing. But unlike in the poem, everyone prays to God and all bad results of the mayor's greed are reversed instantly and the piper, despite the bromide being endlessly repeated in the film, is never paid.

Incidentally, this morning I came across this HTML version of an 1888 edition of the Browning poem with absolutely gorgeous illustrations by Kate Greenaway.

Posted by Setsuled at 11:08 AM
Email ThisBlogThis!Share to TwitterShare to FacebookShare to Pinterest