The Cause in Nature 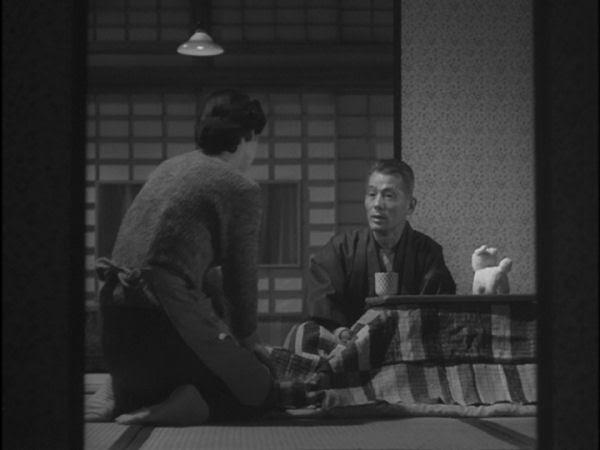 One of the reasons Yasujiro Ozu's films have endured so well is that he largely refrains from passing judgements on his characters. A good example of this is his 1957 film Tokyo Twilight (東京暮色), a film about abusive relationships, about abortion, and about abandonment, issues most directors, particularly in the 1950s, would feel compelled to portray in sharp moralistic terms. But there are no real villains or heroes in this movie. It's not one of Ozu's best films but it's very good and one appreciates Ozu's perhaps unconscious affection for the amoral nature of life in contrast to the order men and women attempt to impose on existence to explain their suffering.

Abortion was legal in Japan in 1957, it had been since 1948, and remains so to-day. But the family depicted in Tokyo Twilight clearly disapproves of it, influenced by the patriarch Shukichi (Chishu Ryu). It's slightly hinted that one of the reasons his marriage to Kisako (Isuzu Yamada) dissolved many years before the events of the film is that Kisako had wanted to abort the pregnancy that eventually led to the birth of their youngest daughter, Akiko (Ineko Arima). 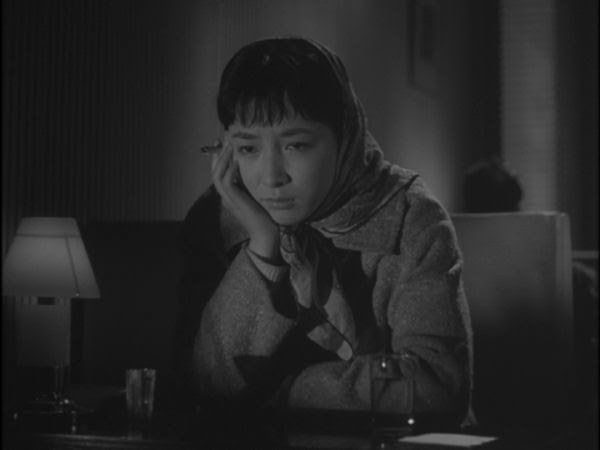 This is implied when Akiko says to her sister, "I'm not wanted am I? With what mother did . . . I should never have been born." When Akiko seeks an abortion herself later, she and her sister both seem to blame the absence of a mother in their lives growing up for Akiko's personality. Yet the film does not explicitly condemn abortion.

At the mahjong parlour where Akiko hangs out, we hear a story about how friends led the young Akiko astray into a life of decadence. The movie avoids providing a solid explanation for the behaviour of anyone beyond the complexities of human free will. Akiko is a quiet girl, doesn't like to speak to her father in particular, a sullenness not uncommon for a rebellious teenager, really. 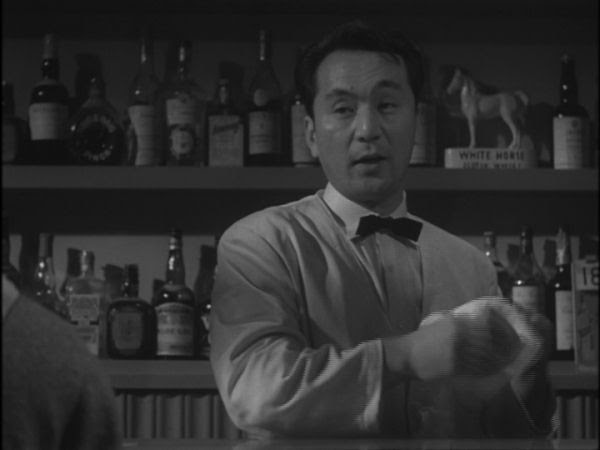 She spends a lot of the movie showing up at bars and the mahjong parlour asking around for her boyfriend, Kenji (Masami Taura), the guy who'd gotten her pregnant. The closest to a villain the movie has, he has a very tiny part in the film and when he and Akiko finally fight, the scene is more focused on the proprietor of the noodle restaurant where the fight takes place, Gihei, played by Kamatari Fujiwara who many might recognise from Kurosawa films, particularly from The Hidden Fortress where he plays Matashichi, one of the two very human villagers from whose point of view the film is seen. 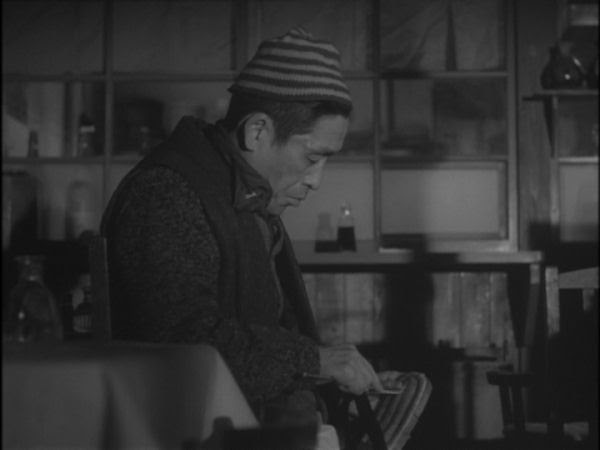 He's concerned for the two young people and feels some responsibility for Akiko because she's his customer. The focus on this very human character with his simple motives seems to harmonise with Ozu's filming style, the characteristic still compositions and beautiful, narratively irrelevant transition shots of trains and trees. The impression is that Ozu considered these dramas of plot to be very small in the overall fabric of things. 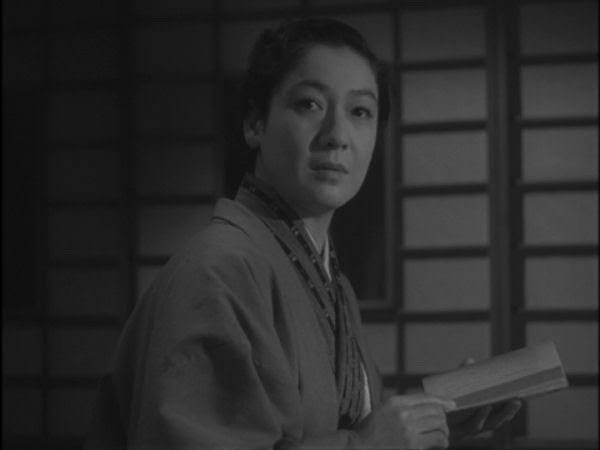 Akiko's sister, Takako, is played by Setsuko Hara in another remarkably natural and communicative performance. Tokyo Twilight in some ways can be seen as a direct follow-up to Ozu's two most acclaimed films, Late Spring and Tokyo Story, particularly to the former in that Hara plays Chishu Ryu's daughter again and because that movie dealt with the painful separation between father and daughter as they at last accept social tradition and marry her off. In Tokyo Twilight, Takako has been married for some time and has a daughter and Shukichi confesses to her he feels guilty for pressuring her to marry Yasuo (Kinzo Shin) when she was in love with another man. Before they were married, Yasuo had a promising career in journalism but has become a bitter and abusive alcoholic who barely gets by on the few jobs he can get translating foreign books.

For most of the film, Takako and her two or three year old daughter are staying with Shukichi and Akiko as Takako can no longer stand living with Yasuo. There is a juxtaposition set up between Takako and her mother as both characters confront the problem of whether or not it is better to stay in an unhappy marriage for the sake of the children. As usual, Ozu avoids directly resolving this issue, but makes a rather powerful argument at the end of the film by seeming to say nothing at all. 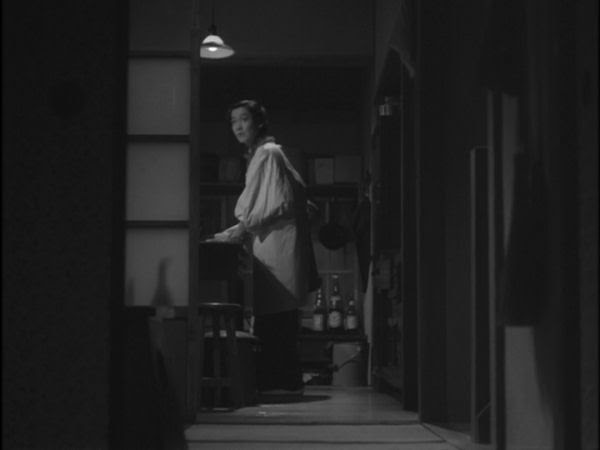 Posted by Setsuled at 12:38 PM
Email ThisBlogThis!Share to TwitterShare to FacebookShare to Pinterest