The Equinox is Okay 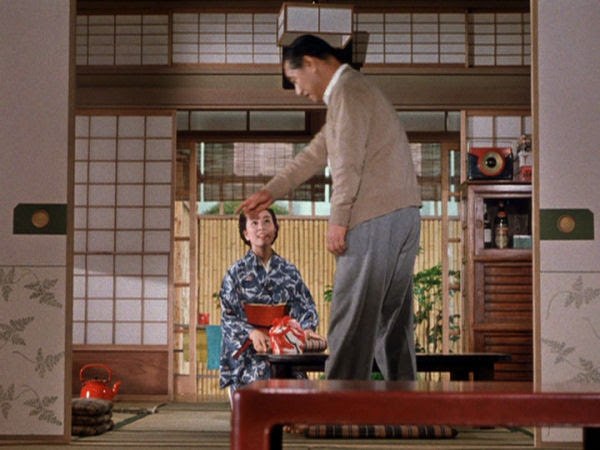 Maybe letting young people decide for themselves who and when they want to marry isn't so bad. Really, the most interesting thing about 1958's Equinox Flower (彼岸花) is that it's Yasujiro Ozu's first colour film. It's pretty and it's pleasant and trouble briefly furrows the brows of its protagonists. It's the visual beauty of the film that's the meat of it, the revelation that a young woman has gotten engaged without her father's permission isn't even that troubling to most of the characters in the movie.

I recommend listening to Roger Ebert's DVD commentary for the later Ozu film Floating Weeds to anyone interested in Ozu. Ebert covers all of Ozu's stylistic mannerisms pretty well. It was fascinating to see how many of Ozu's tendencies for shooting colour films were already in place for Equinox Flower including the presence in almost all of his invariably static shots of one red object, most often a tea kettle, like a signature on a Japanese painting. 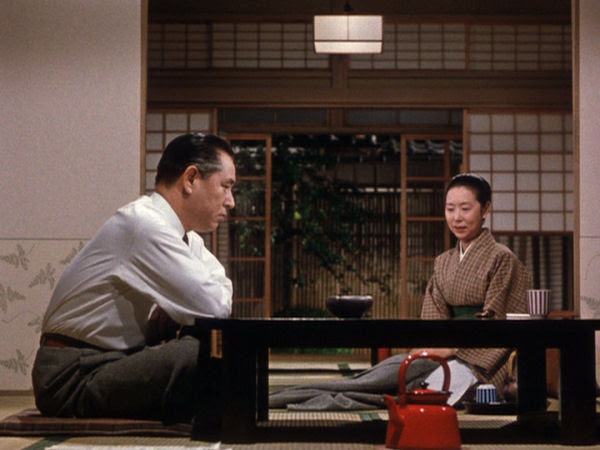 Considering the three films Ozu made previous to Equinox Flower--Tokyo Twilight, Early Spring, and Tokyo Story--all dealt with extremely bad aspects of marriage, it's fascinating that Equinox Flower would be such a gentle tale. Perhaps it's because Tokyo Twilight was so unpopular for it's dark subject matter or maybe Ozu just wanted to play it safe for his first colour film. 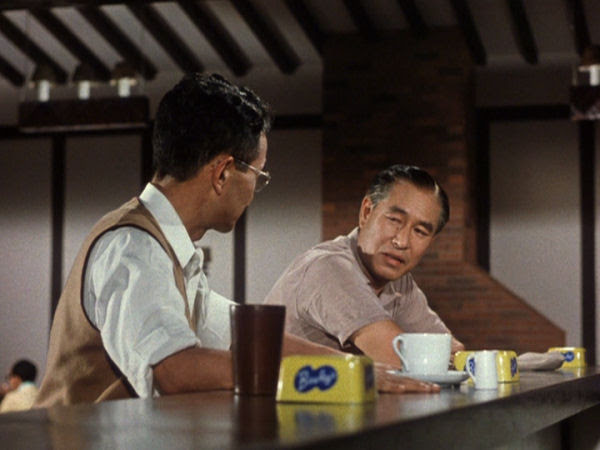 Shin Saburi plays the protagonist, Wataru Hirayama, a successful businessman, husband, and father of two daughters, the eldest of whom has just reached marriageable age. The film begins with a wedding attended by Wataru and his wife (Kinuyo Tanaka) where Wataru is called upon to make an impromptu speech. He rambles about how, though he's happy with his wife, he envies his friends who were able to marry for love. His wife seems only slightly embarrassed by the speech. 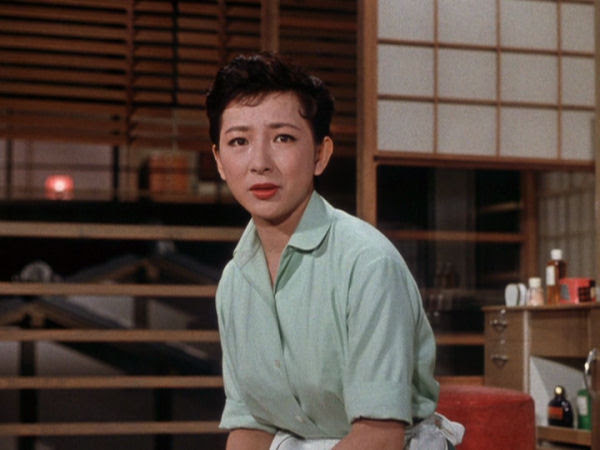 It turns out she already his a fiancé, Wataru finds out when the young man (Keiji Sada) visits him at work to ask for his consent to marry his daughter. Wataru says he has to think about it. Character conflict in the film only ends up getting very slightly more heated than that. 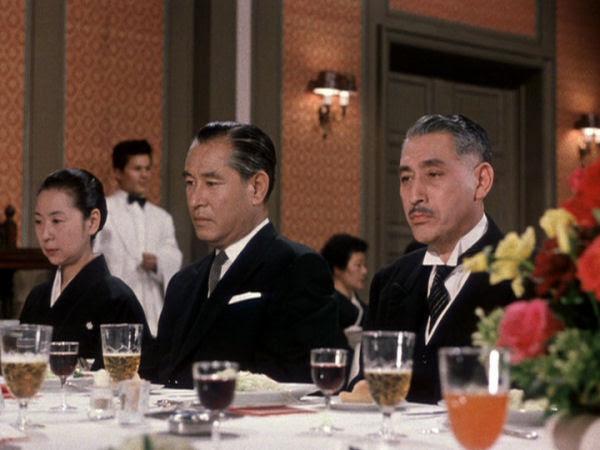 One thing I found really distracting is Shin Saburi never bows. I don't know if it was something about his character--none of the other characters seem to notice--or if the actor had a back problem or something. But watching Japanese films, you get used to how everyone bows, even unconscious little head bobs when they're talking on the phone. This guy Saburi doesn't even give a hint of a nod. 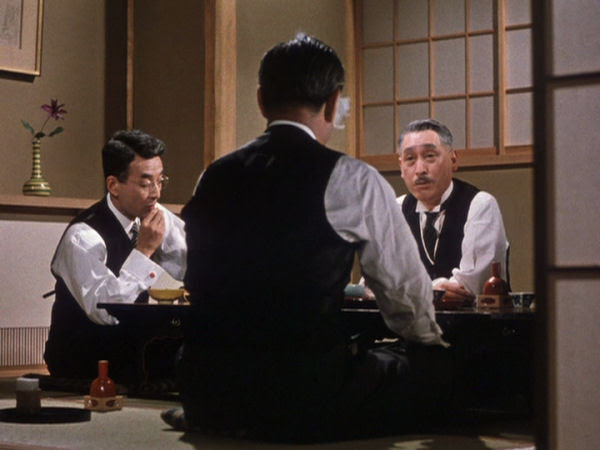