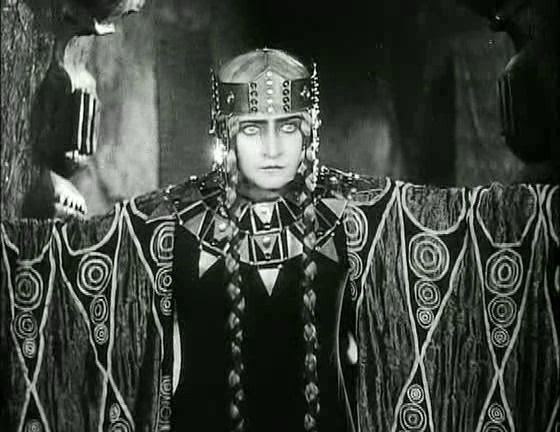 How does a story that began with dragons and magic helms end with Attila the Hun and brutal, zealous warfare? The second film of Fritz Lang's 1924 Die Nibelung, Kriemhild's Revenge (Kriemhilds Rache) puts Kriemhild in the role of protagonist--in a strange way, an anti-heroine--as she single-mindedly pursues bloody revenge for the murder of her husband, Siegfried. It's a beautiful, vicious film about obsession and loyalty.

One of the most impressive things about the film is its star, Margarete Schon as Kriemhild, who goes from being an innocent, trusting maiden in the first film to a cold instrument of fury. 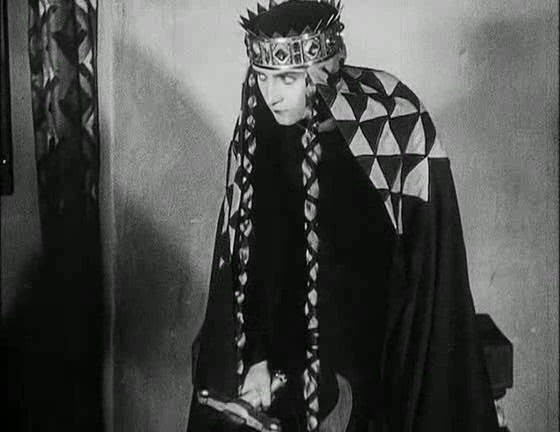 Schon shows this with an incredible stillness, standing motionless with her cloak wrapped around her like Count Orlok or Legosi's Dracula, her wide, unblinking eyes--and she really doesn't blink, I watched for it. She often seems fixed in some intense reverie when someone speaks to her and it's uncertain she's even heard until her eyes snap to focus without her head moving. It gives her an otherworldly quality, like a goddess, which is appropriate since she incites violence for the murder of someone, Siegfried, who has the quality of a myth. Siegfried died for the imperfection of human society, you could say he died for the sins of humanity. 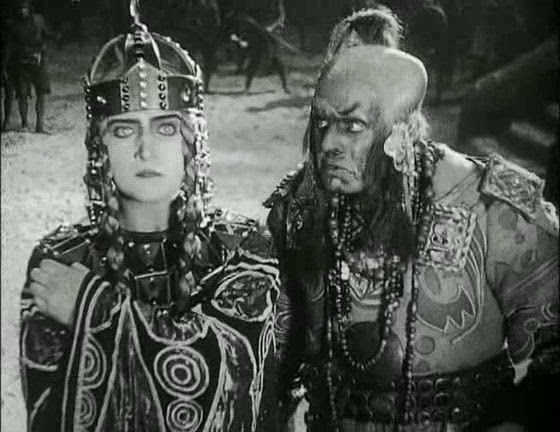 The translation of the film I saw translated the character who's known as Etzel in the book as Attila--it's meant to be the historical Attila anyway so it doesn't really matter. Again, it seems strange that we see a fight with a dragon before we see Attila laying siege to Rome--represented in the film by just a group of naked children dancing around a tree. 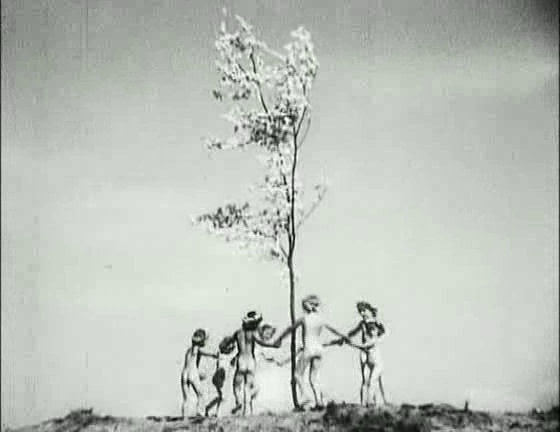 I'm guessing after the dragon, the castles of Worms and Brunhild, Attila's palace, and the Nibelung hoard, Lang didn't have the money to build Rome for two scenes. The children dancing work as a nice shorthand for the vulnerable complacency of Rome, though. 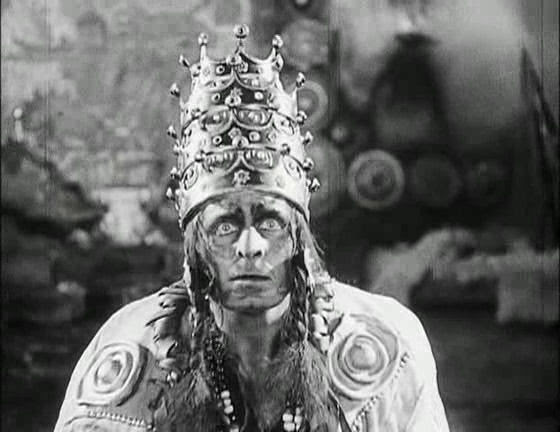 Attila is played by Rudolf Klein-Rogge, also with wide starring eyes, though much more of the earth than Kriemhild. The movie skips over the journey of Gunther and Hagen to the Huns' land and Hagen's encounter with the Rhinemaidens. Instead, the movie is told almost completely from Kriemhild's point of view, possibly due to screenwriter Thea von Harbou's feminist perspective on the text. Which is entirely appropriate--it makes a lot more sense to see Kriemhild has the heroine. But there is still an odd loyalty everyone feels to Hagen. After everything Hagen has done, including the murder of a small child, one of Kriemhild's younger brothers still says to her, "Look what you've done!" when he's holding the corpse of her other brother after they've barely managed to defend Hagen from the Huns she's ordered to kill him. It was a moment I found myself saying, "Oh, fuck you, man," at the screen. Hagen murders and murders and murders and somehow it's all Kriemhild's fault? What do they expect her to do? 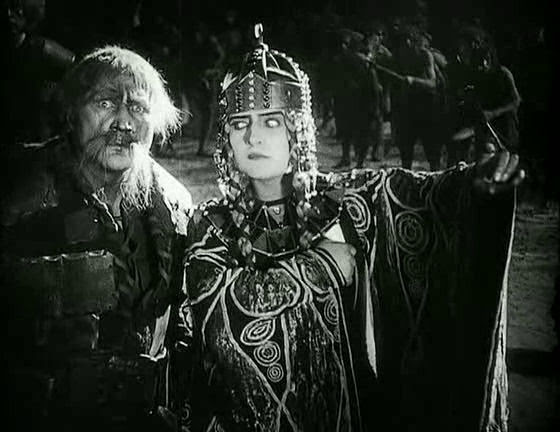 When Attila marvels at this, he's told, "You do not know the German loyal soul!" as though this is something to be admired. Considering the movie features a dedication in its opening titles "to the German people," one wonders if Lang and Harbou are trying to administer some bitter medicine. 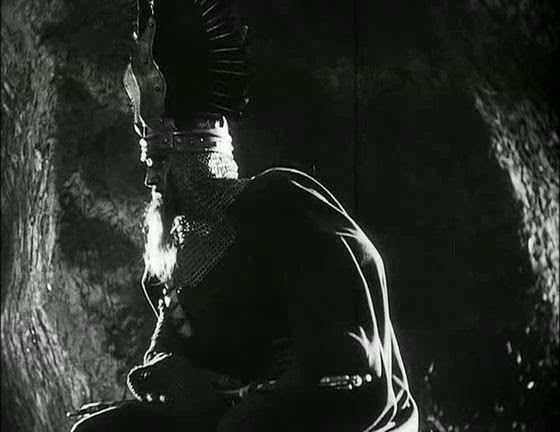 On one side, you have a woman fighting for a sort of Christ figure and on the other people fighting for national and sexual pride. Like in the poem, even the Germans serving under Kriemhild seem horrified that any man should be threatened or killed by a woman. This subtext made the movie compulsively watchable for me--Hagen is such a thorough creep and it's barely acknowledged by anyone but Kriemhild and Kriemhild has so many grievances that deserve redress but it's barely acknowledged by anyone but Kriemhild. It's not so much about a battle between good and evil as about two sides and their definitions of good and evil.