The Charm of the Pantry 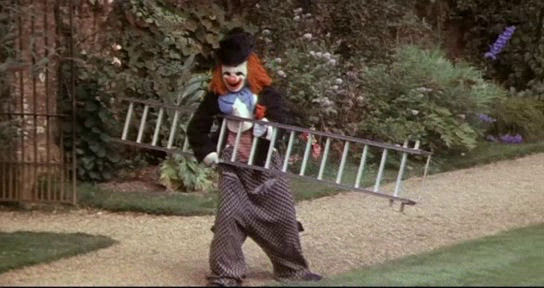 It's perhaps fitting that a movie about the tragic hubris of an aristocratic mystery novelist is not half as clever as it thinks it is. 1972's Sleuth, the last film directed by Joseph L. Mankiewicz, uses some of the skeletal structure of detective fiction to tell a story about pride and racism. It features several plot twists I won't spoil for you--though I think most people spot them a mile away. The less mechanical aspect of the story is more interesting but is diminished considerably by a broad performance from Laurence Olivier. If one can get past how evidently impressed with itself it is, it's not an entirely bad film. 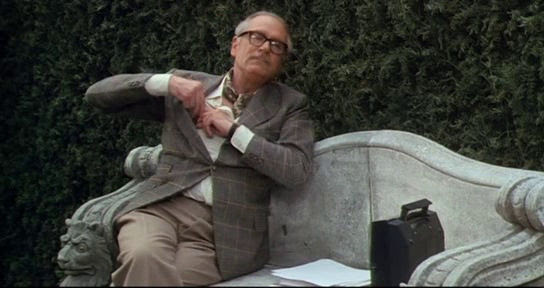 Olivier had kind of the same problem Patrick Stewart seems to have when playing comedic roles. An otherwise brilliant actor who completely doesn't understand how to sell comedy, not seeming to realise you need to invest just as much in the character played for laughs as the one who's not. Which results in both actors being given to broad caricatures in comedic roles. The minor role of a French Canadian trapper in The 49th Parallel with a Chico Marx-ish accent showed me this side of Olivier already but I might not have expected it from him in the role of Andrew Wyke in Sleuth, a renowned mystery novelist who lives on an enormous estate. 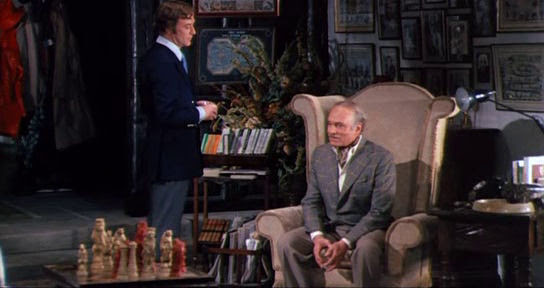 I suspect it's because a lot of the movie concerns Andrew's feelings towards Milo Tindle (Michael Caine), the son of an Italian immigrant who wants to marry Andrew's estranged wife. Milo visits Andrew in order to talk it over with him.

I think Olivier saw Andrew, accurately, as a man whose embarrassment over the failure of his marriage fuels the manifestations of racial and class hatred that motivate his relationship with Milo. Olivier, seeing this as ridiculous, plays the man broadly, unable to conceal any of his emotions, giddy with his victories, whiny in his anxieties, always projecting with a megaphone. 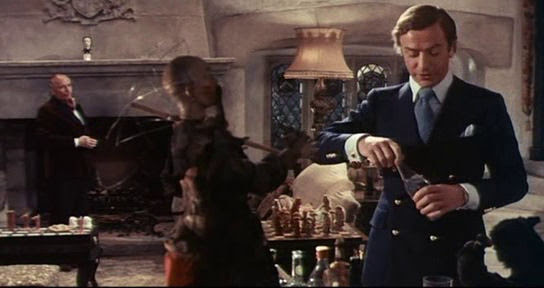 Caine is better here--I think Caine is a great actor though not a versatile one which helps spoil one of the plot twists much too early in the film. But I certainly believe him as a working class hairdresser, but a cockney, not an Italian (or someone from another part of England, even).

One of the many slurs Andrew labels him with is "a jumped up pantry boy who never knew his place," a line borrowed by Morrissey for The Smiths' "This Charming Man", a song about an aristocratic English gentleman flirting with a young working class man. I'm not sure if Morrissey feels there was a subtext of attraction between the two men in the film or if he just used the phrase to help paint the picture of what sort of charm the man in his song possessed. But from what I've read this morning, Kenneth Branagh prominently features this aspect in his 2007 adaptation of Sleuth.

There is a curious conviviality between Andrew and Milo at times in the 1972 film and a strange moment where Milo puts on a dress and pretends to be wooed by Andrew in a Baroque costume. 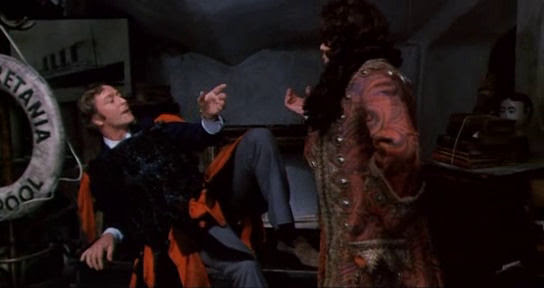 I'm not sure it is actually present in the film but it is certainly interesting to think about the red faced fury the two sometimes barely conceal beneath civility manifesting in sexual excitement, more as a commentary on hatred and resentment than anything else.

Posted by Setsuled at 11:49 AM
Email ThisBlogThis!Share to TwitterShare to FacebookShare to Pinterest