I've spent most of to-day installing programmes and moving files over on my new hard drive Tim helped me install last week. I still have my old one and it still seems to work but it'd been making noise lately and I figured I'd solve the problem before catastrophe happened. So far the biggest struggle has been Winamp--first getting the streaming function to work so I can broadcast music at my Second Life chess club, then figuring out why the whole thing constantly crashes. I think I've solved that latter problem by installing an older version of Winamp from a file I found on my old hard drive. I'm guessing the reason the new one I'd installed was crashing halfway through every song has something to do with the new company that owns Winamp optimising it for Windows 8--I still use Windows 7 and don't see myself doing any different any time soon.

Why do I use Winamp at all? If you can point me to a less bloated programme that plays flacs and allows you to create a randomised playlist instead of just randomly playing tracks I would certainly look into the alternative.

Tim also helped me hook my computer to the Play Station 3 my sister and her fiancé gave me so I was able to watch the new Game of Thrones on my television while eating lunch to-day. Oh, you want my opinion? Well, I think it was a bad idea to put black olives in my cous cous but I enjoyed the rye toast. Oh, you might be more interested in my opinion of the Game of Thrones episode.

Spoilers ahead past the screenshot. 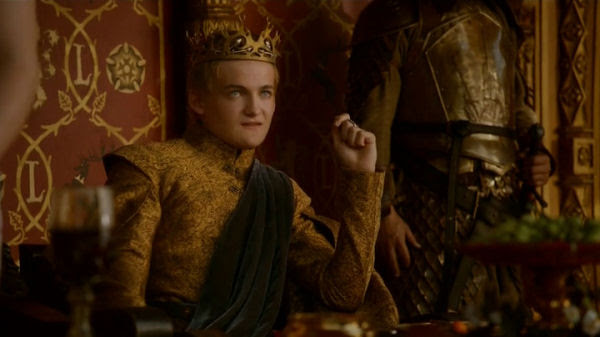 Like everyone else, I hated Joffrey, but I'm still sorry he died before killing Bran. Gods, I hope that fucking Bran dies soon. I hope someone chops him into breakfast cereal and passes him briskly through their intestines in a manner consistent with the health benefits of a food high in fibre like Bran. Fuck the King? Fuck Bran. 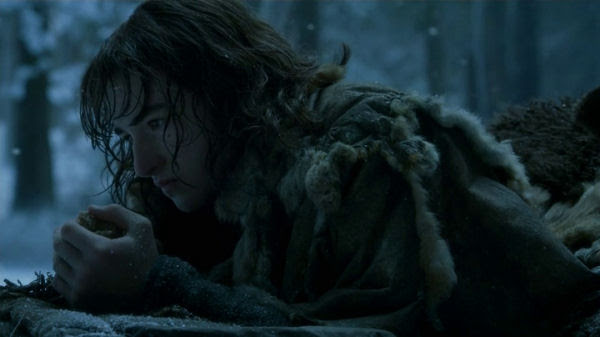 I see a lot of people online going with Cersei's assertion Joffrey was poisoned. I haven't read the books but it looked to me like Joffrey choked on one of the bird bones from the doves the dumb blighter hacked to bits with his sword. Personally I think that would be more fun than if he was poisoned. 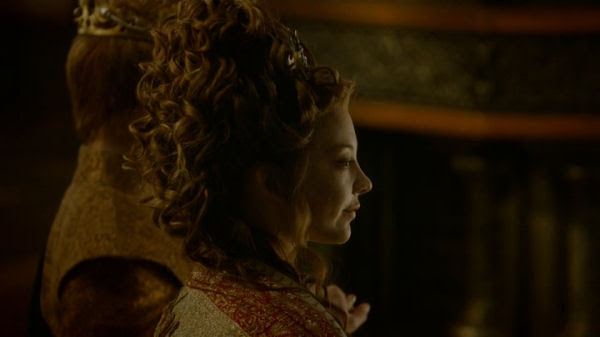 I don't buy Theon was so broken he wouldn't slice open Ramsay's throat given the opportunity. It seems to me he wouldn't have much to lose.

What beautiful production design at the wedding. Looks gorgeous in high def. Watching Peter Dinklage steeling himself through the little people minstrel act was resonantly painful and made the pay off so much better. The scene where he breaks up with Shae was a little less believable--I don't believe she was so stupid she wouldn't understand him saying, "Look, you stay, you're going to get killed, so I'm sending you away whether you like it or not." Calling her a whore and pretending to be tired of her felt like the cliche of the kid telling the animal to "go on, get," and go back to the forest. We're basically being told Shae has animal intelligence.

But mainly it was a good episode. The ending certainly drove up its value. 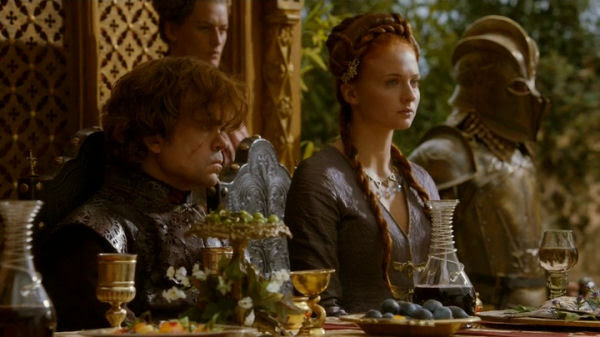