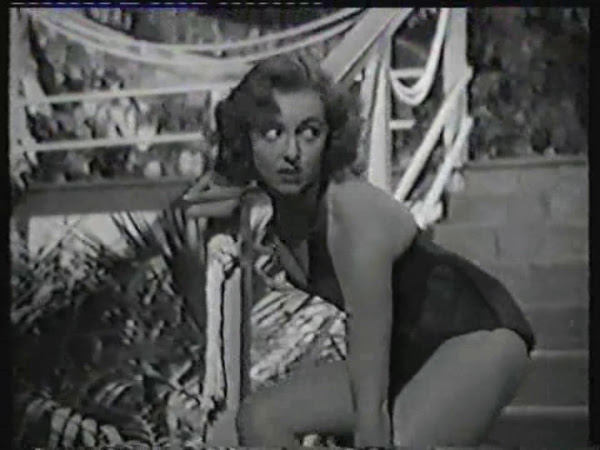 Like wind-up toys, Marjorie and everyone she interacts with seem to unconsciously create the events of 1951's Lady Godiva Rides Again, released to the dullard U.S. as Bikini Baby. Watching the people in this movie feels sort of like watching a box of kittens testing each other with play or trying to get out of the box. It's a funny and rather adorable film. 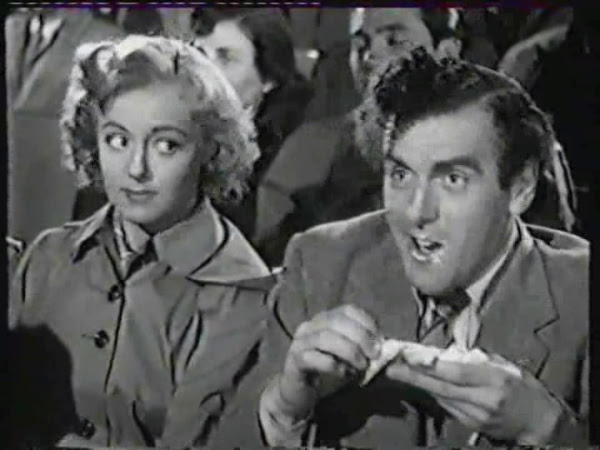 And I'm by no means referring to just the female characters with the kittens simile--here George Cole as Marjorie's boyfriend Johnny enthusiastically makes a mess of himself with an ice cream, barely seeming to notice Marjorie swooning over the movie star on screen. He notices later when, after winning a national beauty pageant, that same movie star, Simon Abott (Dennis Price), invites her onto his yacht. 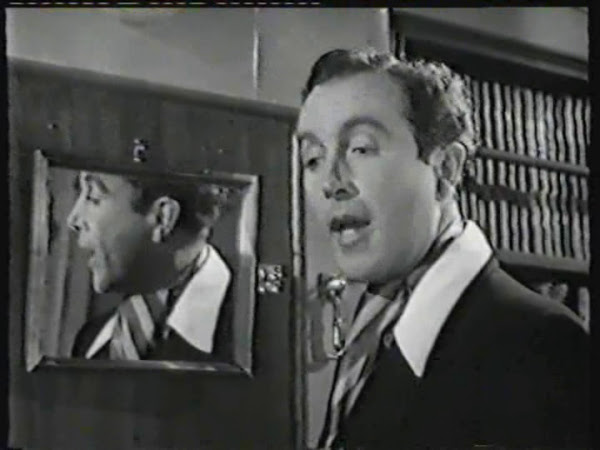 The famous movie star, too, is amusingly simple in his attempts to seduce Marjorie. When she notes the press couldn't possibly presume the two of them were engaged to be married if they saw them together because Simon is already married he tells her actually a "divorce is pending." Fortunately for him, Marjorie, like everyone in the movie, is just as guileless. 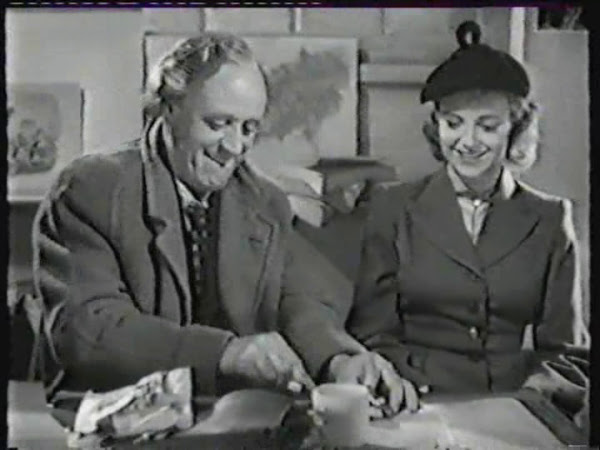 Well, except maybe for Alastair Sim in an uncredited cameo as a down on his luck film producer who shares his lunch bun with Marjorie in a sweet little scene. Marjorie is played very effectively by Pauline Stroud who doesn't even have a Wikipedia entry. She's the star of this movie but I guess her career's trajectory was not unlike Marjorie's arc. Almost twenty years later, she's credited as "Woman" in an episode of The Beverly Hillbillies. Which is too bad--she's so good at being so sweetly, earnestly daft in this movie. On a hotel balcony, she tells someone how she has no illusions about movie stars, how she expects they're just people in their private lives. The next instant, she spies Simon Abott's car pulling up below to screaming crowds and she begins breathlessly exclaiming how she can't believe Simon Abott himself is really here. Marjorie is the daughter of the owner of a little corner store (Stanley Holloway). She impulsively enters a contest to become Lady Godiva for a community pageant when Johnny tells her she absolutely may not enter such a contest. A scene of the pageant organisers finds them belated talking about the logistics of a naked woman riding a horse in public. "What do you think the Watch Committee would do?" one of them asks and a shopgirl (Kay Kendall) puts in, "Watch." So at the end of the day, Marjorie ends up buried under an enormous wig and wearing something with full sleeves. 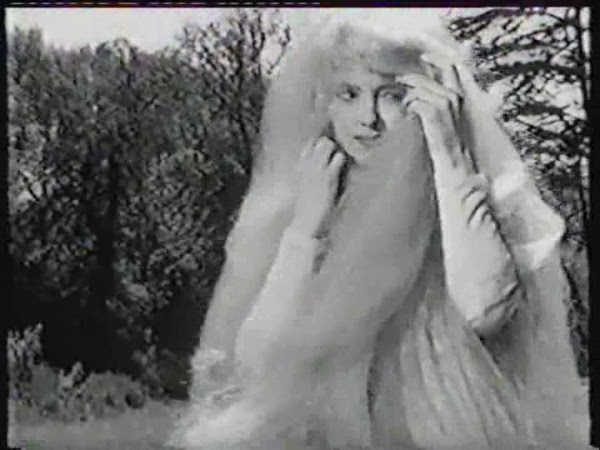