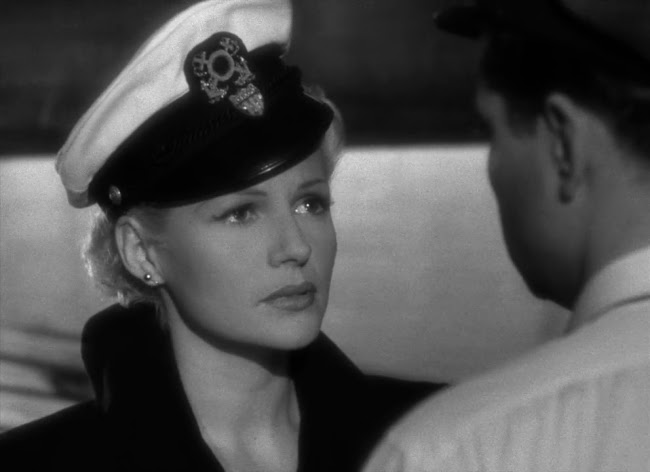 She's lived in places all over the world--some of the worst places, she says. But Orson Welles' 1947 film is called The Lady from Shanghai, one of the many films Welles made that was butchered by the studio and yet even in its resultant form the film is considered a film noir masterpiece. It deserves this reputation, using the standard noir framework of a man caught up in something big and sinister to create a story of instinct versus machination.

Welles stars as an Irish seaman named Michael who describes his poverty as "sanitary". The rich lawyer who hires him to work his yacht, Arthur Bannister (Everett Sloane), mounts a counterargument by telling Michael about his maid who has to earn money to support her family. Michael seems connected to nature and the sea, but for all that, Bannister is probably right that Michael will be living a wretched existence five years down the line of not making money. 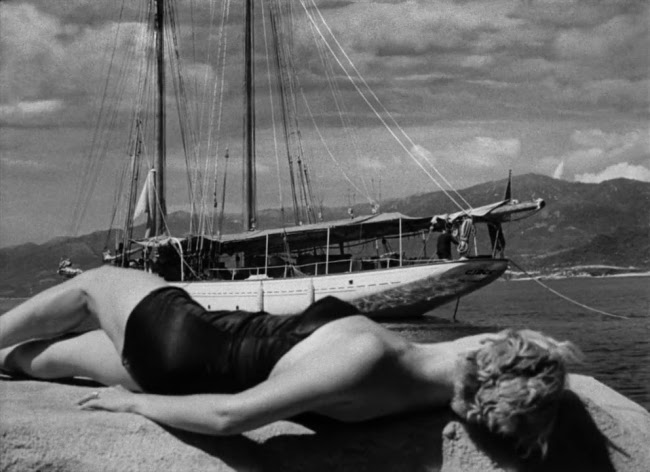 Michael meets Arthur's wife, Elsa (Rita Hayworth), before he meets Arthur. She's in a little horse drawn coach in New York and Michael punches out a bunch of guys who appear to be mugging her after they've met. There's something funny about it and Michael's instincts warn him right away that Elsa has manipulated the situation somehow. He knows he oughtn't accept the job she offers him but Arthur gets drunk in a bar by the employment office, Michael feels obligated to take him back to his ship, and one thing leads to another. 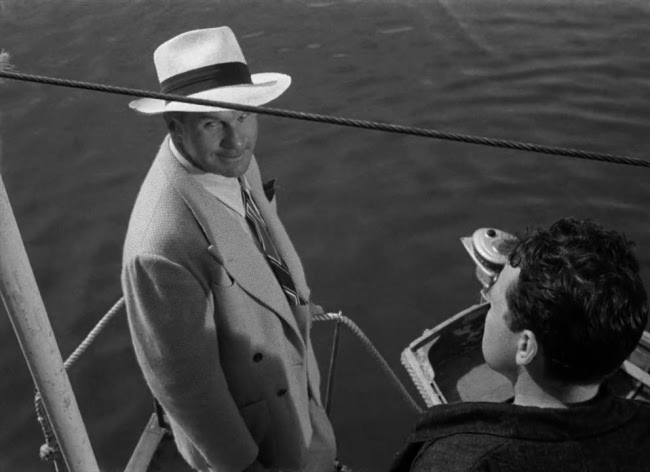 The fourth player is Grisby (Glenn Anders) who always seems like an element of chaos. Welles uses extreme close-ups on the wide eyed man who also has a habit of standing very close to Michael when he speaks. 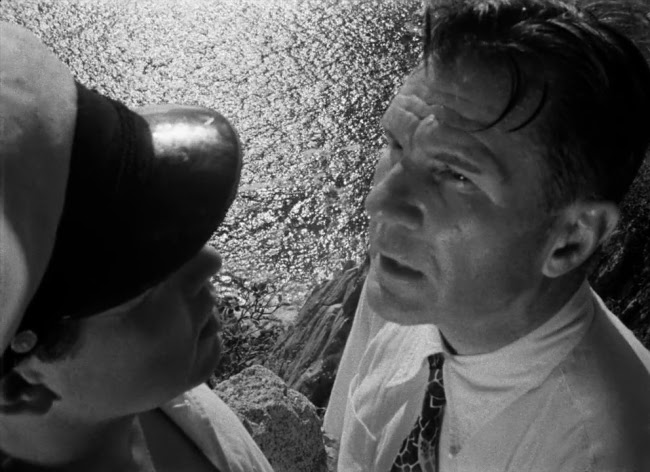 Welles uses off-putting angles, too, for Grisby, high angle shots that emphasise precariousness and lack of control. Michael's view of "sanitary" poverty may seem unwise, but Grisby's mad, compulsive behaviour seems genuinely insane. And yet, Michael can't seem to avoid that web, either. 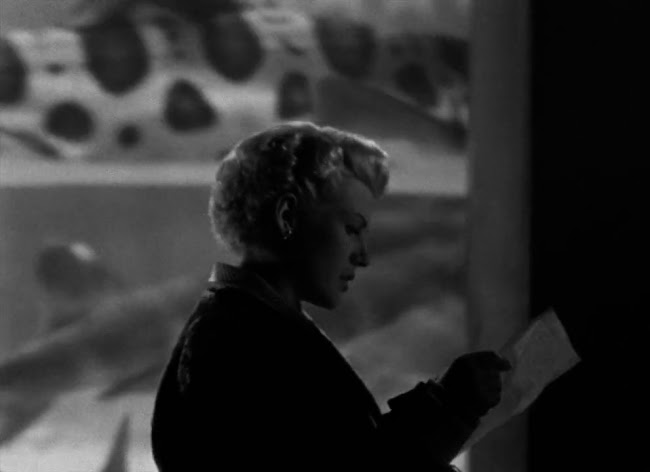 In one of the most memorable scenes, Michael tells the other three a story about having seen sharks devour each other in a frenzy, pointedly comparing the sharks to his three current companions. As a defence lawyer known for getting dangerous criminals off the hook, Arthur is a fellow who uses his intellect at the sacrifice of his ethics but his love for Elsa somehow makes him seem slightly more grounded than the other two. Nevertheless, the film earns its famous hall of mirrors finale, a set of visuals where the thematic world of illusion in which Michael is caught becomes a visual reality and Michael is the only one who's not a shark. 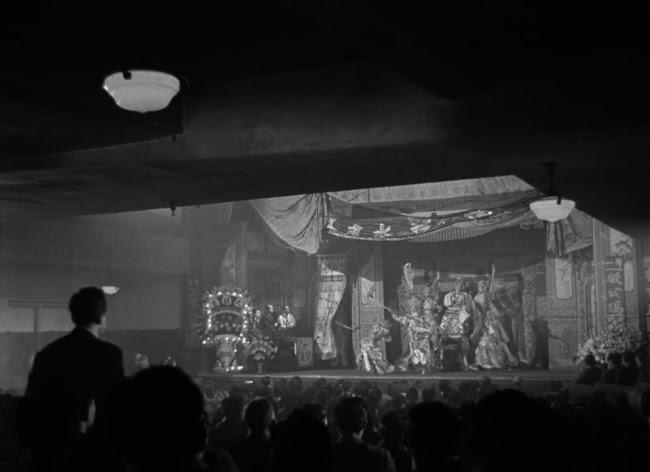 Elsa does speak fluent Chinese and San Francisco's Chinatown seems to be the seat of her power. It feels like a foreshadowing of Roman Polanski's Chinatown--it's not unreasonable to suppose Polanski was influenced by Lady from Shanghai. But Chinatown doesn't feature the rather strikingly authentic glimpses of Chinese culture The Lady from Shanghai does, all the more amazing for the film having come out of 1940s Hollywood. But then, Orson Welles was a marvellous anachronism always.

A fortune's waffle fell between the squares.
The kids of imitation muppet towns
Forget the rugs of carpet canning cares.
The drinking politicians don their gowns.
A threat arose from cutting boards in arms.
The blunted tips of steak knives too timid
Relentlessly repent and rue the yarns,
The woven hats, the cloche or pyramid.
Leftover hangover tick blather churns.
Unused the tree rebukes its frond for greens.
The meadow's mint was petals stamped in worms.
Mail boxes melted over roasted beans.
A plastic carrot ruled with gasoline.
The drunken bank has broke the trampoline.

Posted by Setsuled at 12:50 PM
Email ThisBlogThis!Share to TwitterShare to FacebookShare to Pinterest