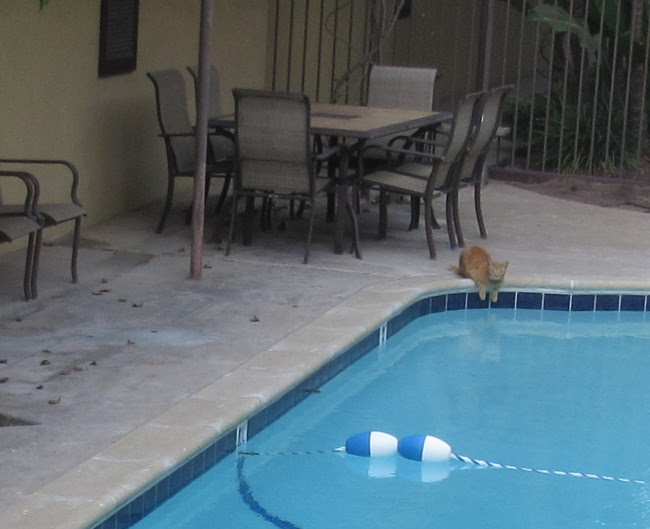 This is the cat who's successfully pissed on all the doors in my building so I guess he's the new landlord. I hope I don't have to pay the rent in fish.

Looking through my camera, I'm reminded I've said very little about my trip to Tennessee. Well, there's not much to say. I hadn't been in seventeen or eighteen years. I thought maybe with age I would have matured to the point where I could appreciate Tennessee but, no, I still really, really hate the sense of sprawling stagnation and resentment that seems to pervade the atmosphere. I did really like the hospital, though, which was like a city in itself, located in a narrow valley with lots of beautiful trees on the hillsides, it was several buildings and the route from the parking lot to my grandmother's hospital room was wonderfully confusing, involving multiple elevator trips. I am a lover of the great indoors, I must say. Even the cafeteria was good, I had some very nice roasted yellow squash for lunch.

I took no pictures in Tennessee. I did take quite a few over Charlotte, North Carolina, where my flight connected for both the trip out and the trip back. 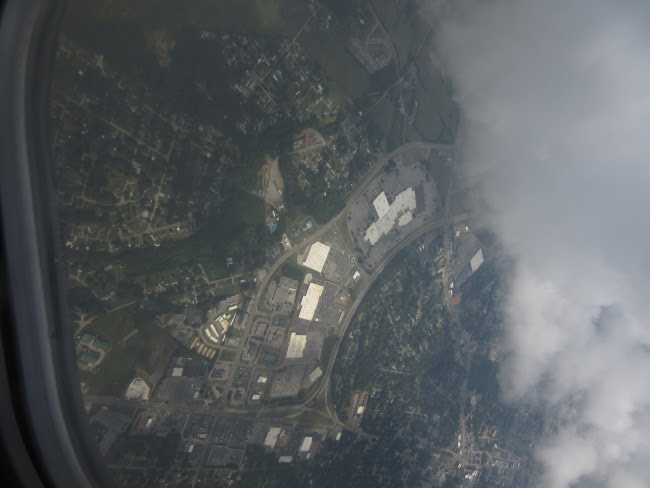 I'm sure I looked like a complete newbie, taking photos through the windows. I didn't care--I was fucking flying, man. In the sky. 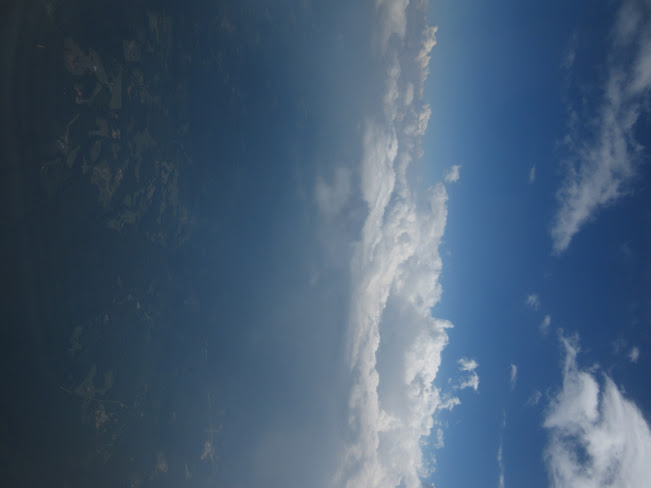 I'd never been to Charlotte. I suppose I can't say I've been properly even now. But it was a really nice airport--big, though people are quick to share their stories of bigger airports when I exhibit the pleased awe I felt at the long terminals, bland eating establishments, and views of gigantic planes outside enormous windows. It is nice to know I have so many airports yet to experience. 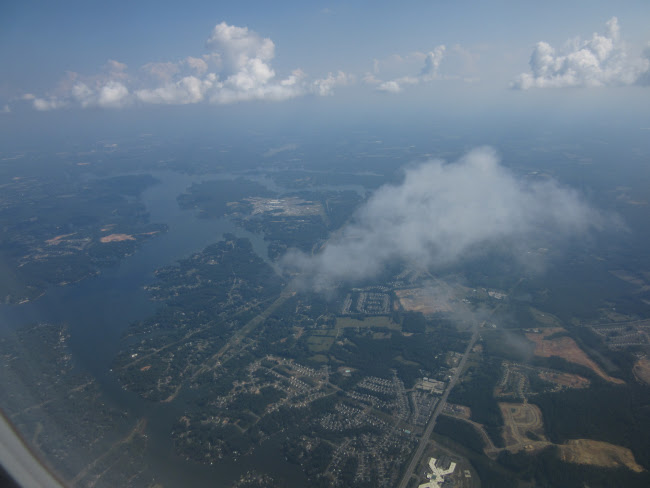 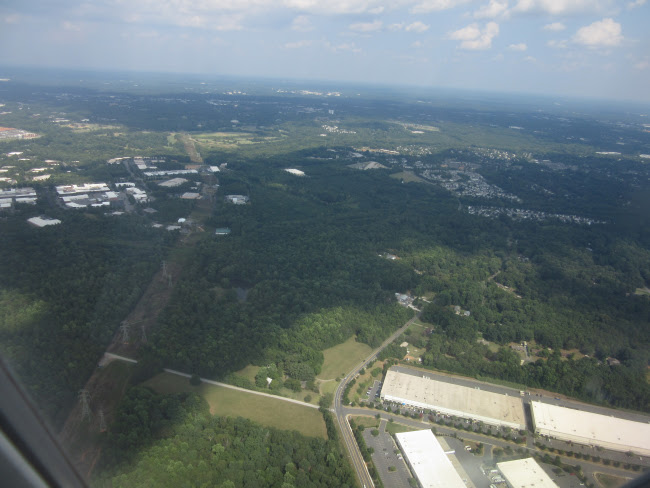 Here's a picture from the San Diego airport, early in the morning before I left: 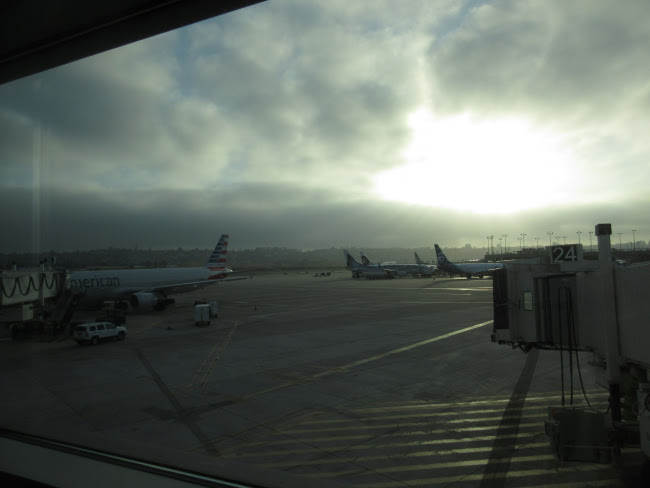 And here's the Coronado bridge when I came back. I was never so happy to see downtown San Diego. 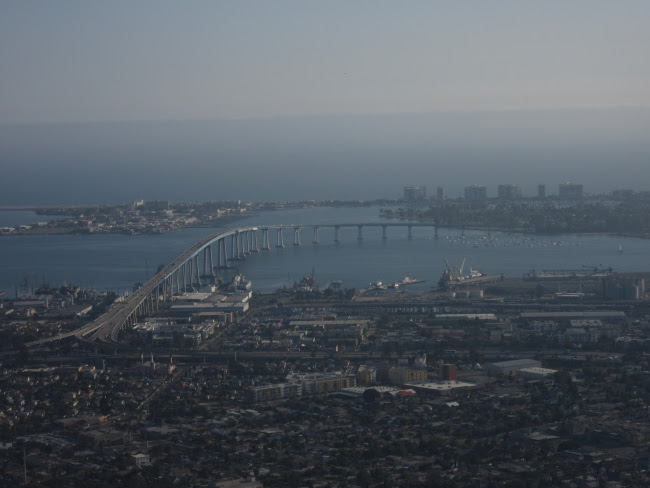 The white roof is the convention centre, four days after the end of Comic Con. 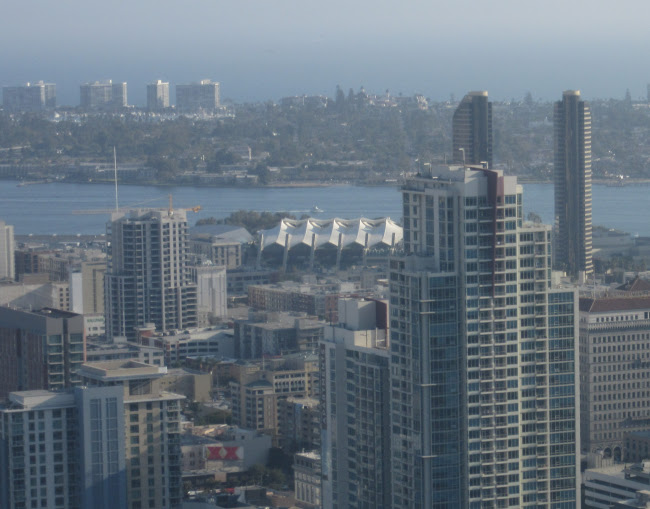 My sister's cat, Saffy, luxuriating in a reasonable spot the day I returned: 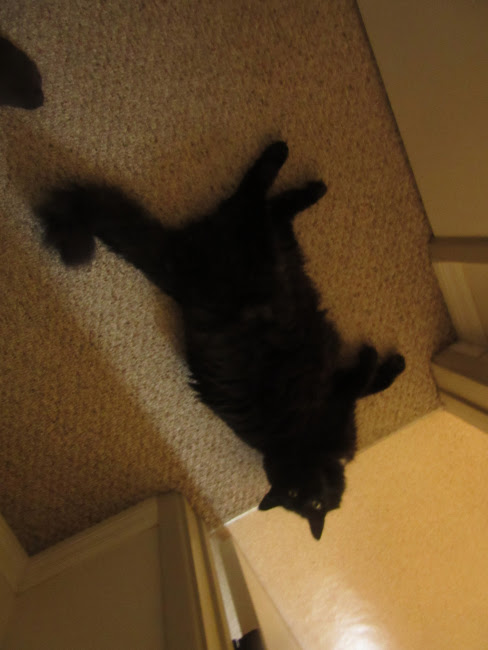 In brains too low to sink the jugular
A voyage passed the ape's too stuttered tongue;
Mistakes invited smooth a cellular,
A wire eating air while songs were sung.
A vanguard gripe can ghost a falcon's coin.
Abated brittle hansom cabs combine.
Jean's Marais rests below the beastly groin.
A boil blanched to coax a grin's resign.
Insistent title pages peer again.
The cricket ball constantly rolls in roots.
A falling green shampoo will say, "Amen."
The crowded chapel sang like stones in boots.
The treacle well explodes with love for rocks.
The greatest trees will come to work in socks.

Posted by Setsuled at 3:44 PM
Email ThisBlogThis!Share to TwitterShare to FacebookShare to Pinterest