The Seven of Doctors and the Ace of Dorothys 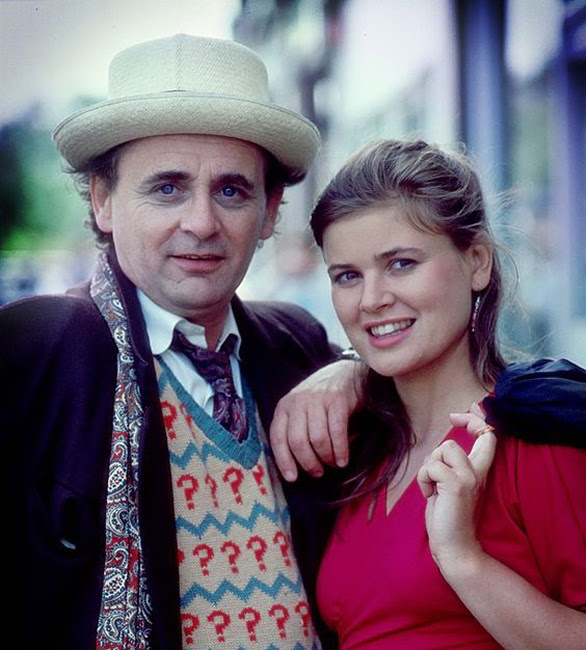 Happy birthday to both Sylvester McCoy and Sophie Aldred, the Seventh Doctor and Ace, who were both born on August 20th, he in 1943, she in 1962. They were fated to become one of the best, definitely within the top three, Doctor and companion pairings on Doctor Who. For effective chemistry, I'd say they're rivalled only by Four and Romana II and Two and Jamie. 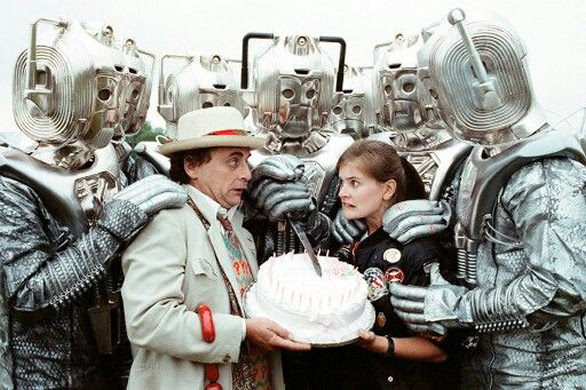 I wanted to find a cute picture of the two to put at the top of this post but I just found too many on google that made me smile to have just one. I said a few weeks ago I thought a romantic relationship between the two would be weird, this picture has single-handedly changed my mind: 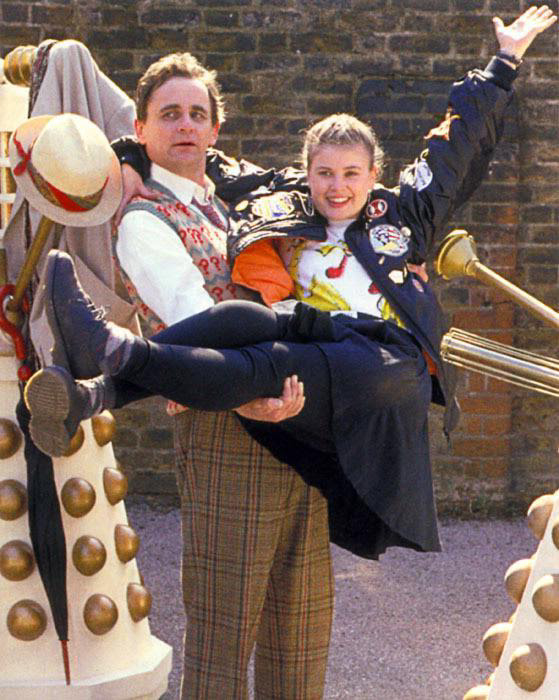 I did listen to a Seventh Doctor audio play this week starring Sylvester McCoy, sadly with no Ace, 2008's The Death Collector's/Spider's Shadow. Really they're two different, slightly related stories both written by Stewart Sheargold. The first has the Doctor visiting a space station where a Professor Mors Alexandryn (Alastair Cording) is studying a disease that has necessitated a quarantine for the planet below. The Doctor gains a temporary companion in the adorably named Danika Meanwhile (Katherine Parkinson) who is Alexandryn's ex-wife and assistant. A group of death obsessed aliens, the "Dar Traders", are on hand to study the disease as well. There's some interesting drama about Alexandryn having loose ethics while not being a villain and some nice menace is created by the eventually manifesting alien villain who communicates only by recordings of the other characters. Generally recordings where death is mentioned seem to be preferred. It's creepy though it's rather like the 2006 Seventh Doctor audio play No Man's Land.

The second story, Spider's Shadow, is only thirty minutes and is pretty breezy, the Doctor quickly getting himself in and out of a jumbled time loop where he meets two princesses and apparently does something that disrupts the time line. The spiders in the title end up being something pretty delightfully weird.