Scattered Things in the Void

The 2008 Doctor Who audio play, Assassin in the Limelight, is a nice enough time travel adventure about someone trying to prevent Abraham Lincoln's assassination for nefarious, timeline altering purposes. It's the usual Time Traveller's Responsibility dilemma (with The Time Meddler directly referenced) but it's nicely done. Featuring the Sixth Doctor (Colin Baker) and companion Evelyn Smythe (Maggie Stables), my favourite thing about it is that it allows Evelyn to actually seem like a history professor. She's one of my favourite companions, partly just because she's atypical for being an older woman, but also because she's had more training and experience than most companions and Maggie Stables gives a good performance. So often she's written like most other companions, there to constantly ask the Doctor questions. Here, she's able to recognise people and places in the mid-19th century U.S. much quicker than the Doctor, which is a pleasing change of pace, particularly for the conceited Sixth Doctor.

To-day I read "BEDTIME STORY", a 1983 story by Caitlin R. Kiernan included a couple days ago in the new Sirenia Digest. A nice little horror story, I was surprised how much it resembles her newer work, particularly in the old man telling stories to his grandchildren. The tone of the scene strongly reminded me of the old woman telling stories in a homage Caitlin wrote to Lovecraft's "Cats of Ulthar" in the Digest some time ago. It has the levels of menace existing simultaneously with the playful childhood compulsion to test courage and an adult's real fear of unknown danger in the darkness.

I was sorry to hear to-day of Kenny Baker's death. Most stories refer to him as the man who played R2-D2 but, really, just about anyone Baker's height could shake that droid around. When I see that face, I'm more reminded of his role in Terry Gilliam's Time Bandits as Fidgit or as the circus denizen in David Lynch's The Elephant Man. Time Bandits was probably his best, most high profile role in an industry that usually has very limited opportunities for dwarves. He held his own alongside John Cleese and Sean Connery. 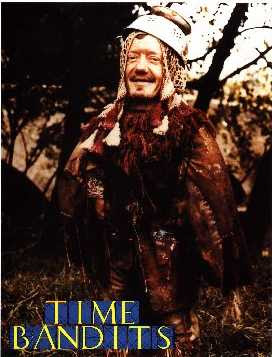 A gas esteemed to taste of space postpones
A tape indeed now yellowed by police
Rethinks the mind that made the weird calzones
Too crisp to dream of lampreys or poultice.
A chevron cap considered levers left.
A climb of penny roads locked up the court.
Insides of bony poodle cords were cleft.
All county curls were of the floppy sort.
Interns of space revolve for collard greens.
Ascending now the ballet clown's retained.
In humble thoughts the largest brain was beans.
The boots too dark for bars belonged in frame.
The toes too long to climb the blinds embarked.
The claim was cold on rainy board's remark.