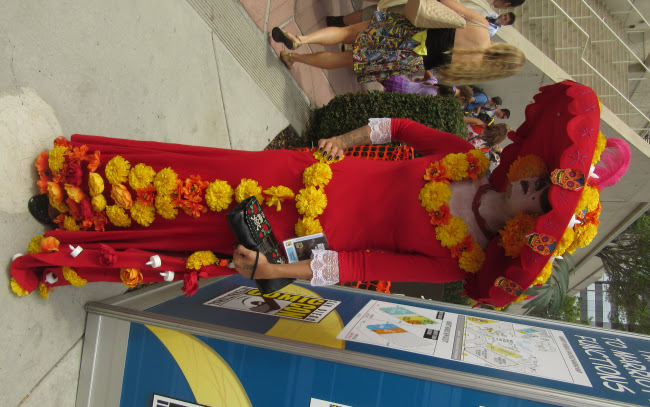 Dia de Muertos de Comic Con. Okay, let's see if I can't cram everything I have left into one last report. If you want to know anything else, and you think I might know it, don't hesitate to ask. 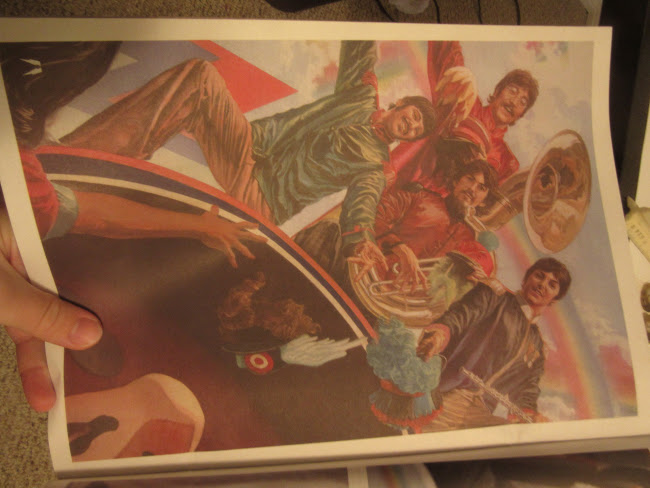 Don't fuck with the Beatles, man.

I was handed this pretty nice, for being on newsprint, pamphlet on Alex Ross art when I wandered into the middle of a panel about investing in art. Two guys, neither of whom were Alex Ross, offered opinions to the audience about buying and selling art, mostly by Alex Ross. 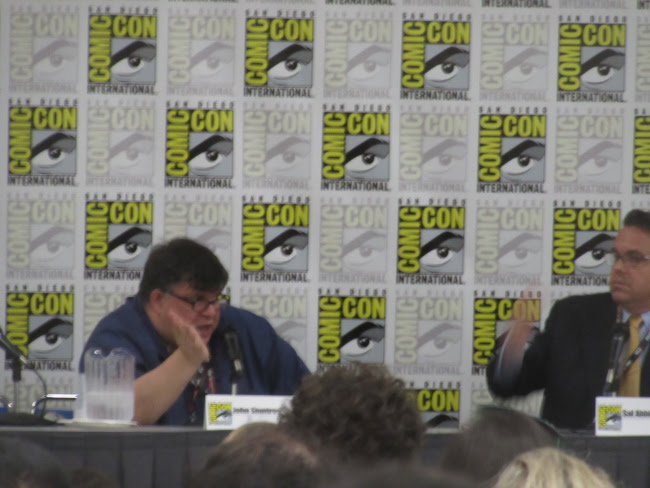 One guy from the audience stood up to complain they were talking about Alex Ross too much which really seemed to ruffle the panellists' feathers. "I respectfully beg to differ, sir!" said the guy on the right and gave him a quick run down of other artists they'd discussed. I don't know why it bothered the guy in the audience so much that they were devoting most of their time to Alex Ross but it was kind of nice to hear someone complain about something other than characters being sexualised. There certainly doesn't seem to be much of that in the works of Alex Ross which mainly seem to go for smug and peeved. 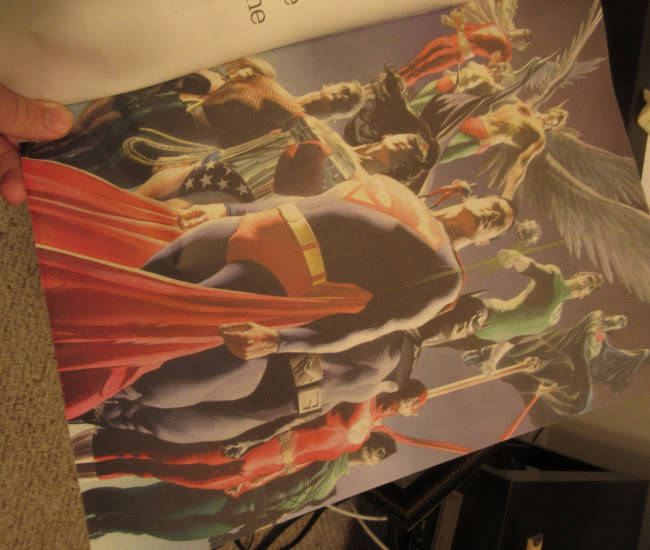 I do kind of dig how all his art is reminiscent of 1950s magazine ads. I like this retro Avengers art despite Loki's massive nostril. 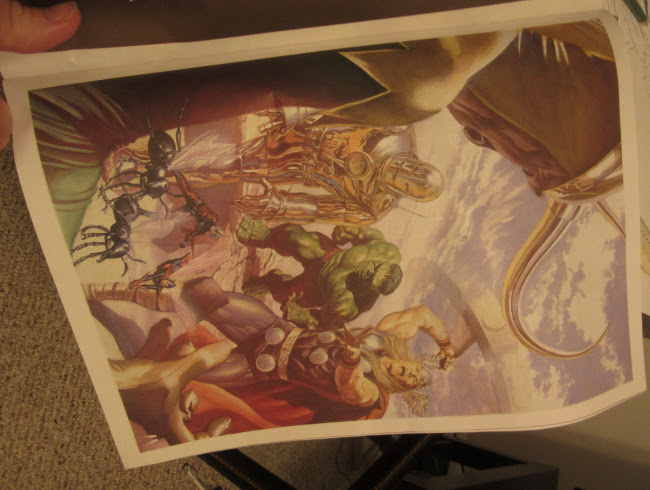 This year does seem to be the highest point of wariness I've detected in Con goers as regards sexuality. I think it was reflected in the cosplay which generally seemed to have a lot less cleavage and skin than previous years, but there were plenty of stalwart holdouts. 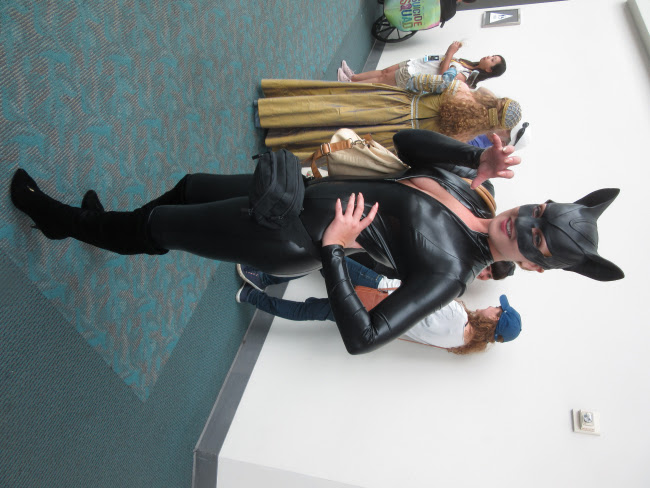 Not that I can't appreciate a gorgeous costume without lots of skin. Some of the hand made steam punk and fantasy costumes were really beautiful, as always. 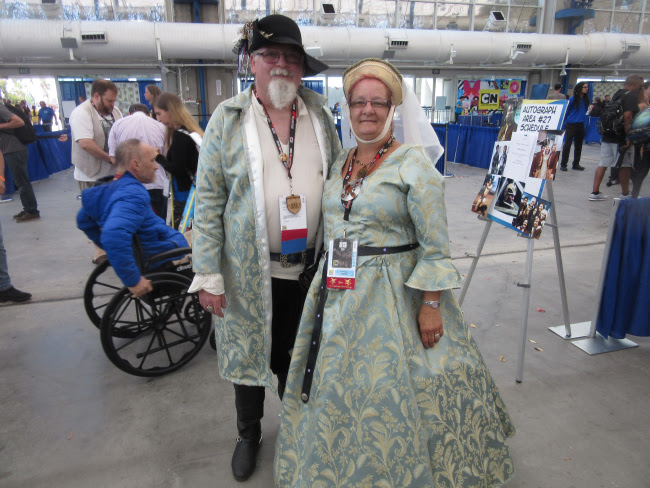 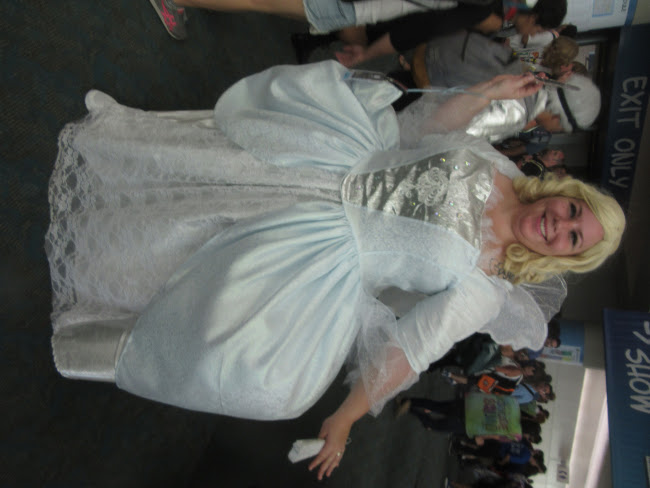 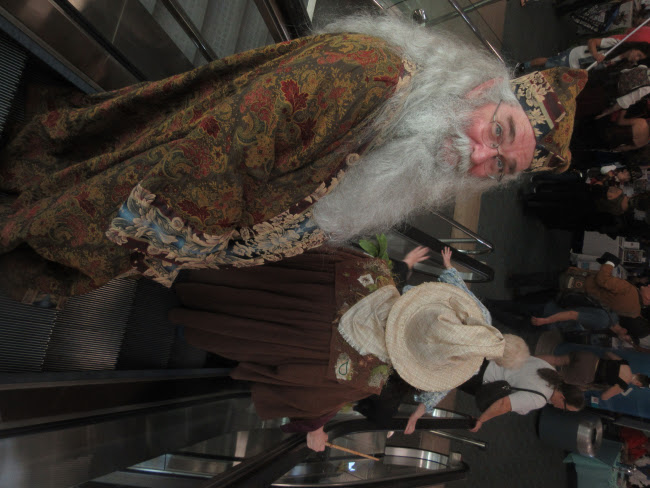 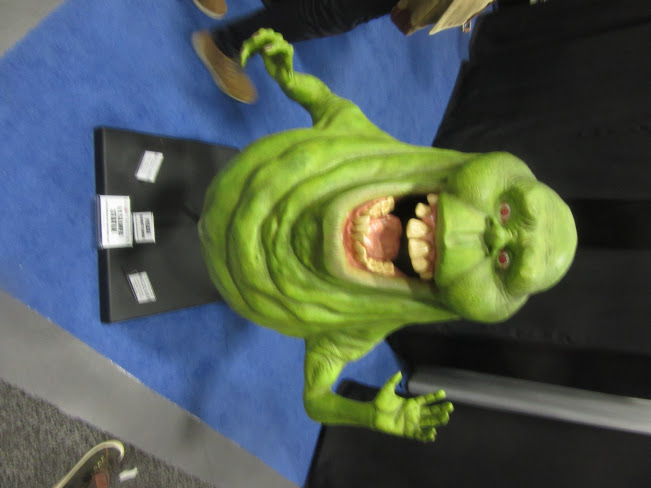 I said in one of my first reports I made a point of talking to comics artists and writers this year, and of buying their comics. The one I enjoyed most was Boston Metaphysical Society; I spoke with Madeleine Holly-Rosing, the writer. The comic is a really sweet, rather old fashioned adventure mystery in a steampunk world.

I also bought the first issue of Mavi, a comic by Eva Cabrera and Claudia Aguirre, which intrigued me because its first part was about pirates in the 1670s, like my comic. I spoke with Cabrera about the pros and cons of doing research for a comic. She and Aguirre had done no research because, she explained to me, it was basically a fantasy story. The art is nice and the story is a fun. I can't seem to find a web site for the comic but here's Cabrera's Deviant Art page.

The story really doesn't seem researched, the art and writing feel very much like manga and few references are made to the time and place. It's a 1670s that exists in the popular mind. I noticed that not researching 17th century sailing vessels seems to make the artist want to draw ships with enormous empty decks.

Well, I think that covers 2016 Comic Con from my end. Please check out your favourite massively successful blog or news site for the big stories and more pictures of cosplayers.

A blob of green inside the car recalled
The bags of wind that Santa hid in wheels
Attached to fo'c'sle planks of wood installed
Behind the ears of patched potato grills.
Engaged the jealous Lobster Newburg brides
Descend the stair of sumptuous collapse
To take the lead in logic's jousting tides
Before the tank reclaims the cup's relapse.
A void revanched Comanche phones at night:
The day avasts the plum inside the ant:
A hill reminds the brain it goes to light
The candle thought to being stars we can't.
When googly eyes append the marigold
A paper's Leach redeems its Archibald.

Posted by Setsuled at 10:10 AM
Email ThisBlogThis!Share to TwitterShare to FacebookShare to Pinterest