Dreams of Feast and Liqueur 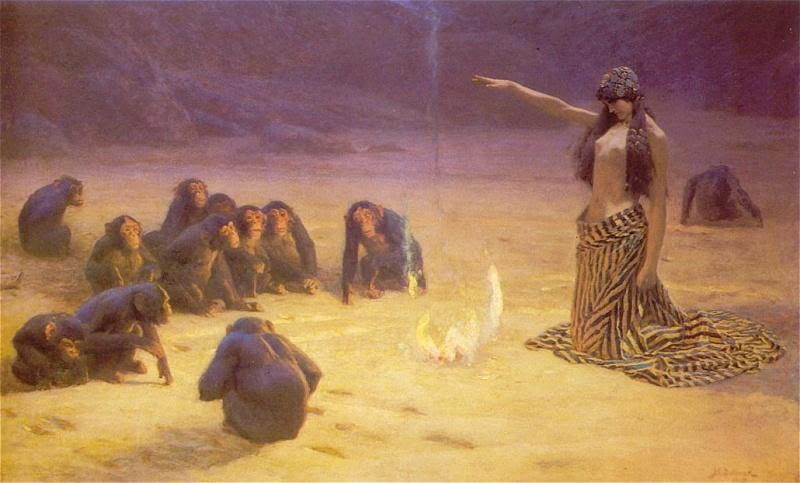 It was nice to see some new material in this month's Sirenia Digest--two strange new pieces by Caitlin R. Kiernan, a wonderful short story called "Animals Pull the Night Around Their Shoulders" and the first part of a collection of vignettes called "THE CHARTREUSE ALPHABET".

An exploration of predatory instincts connected to sexuality is not new territory for Caitlin but it feels like it's been a while since she's developed it in a domestic setting like the one depicted in "Animals Pull the Night Around Their Shoulders". Caitlin is frequently compared to Shirley Jackson and certainly one can see something of Jackson's tone invoked ably here in a protagonist we're introduced to peering out her upstairs window at a package delivered to her porch which she won't retrieve for unexplained reasons. This is not to say her behaviour makes no sense, there's a real insight into human nature and the juxtaposition with the character's recollections regarding a sexual relationship bring a peculiar life to the piece as a whole. There seem to be some nods to the mythology from Threshold and her other novels from before her books The Red Tree and The Drowning Girl. The Lovecraftian supernatural elements from Caitlin's earlier works blend well with the more psychological quality of her more recent novels.

"THE CHARTREUSE ALPHABET" presents A through M of vignettes inspired by each letter of the alphabet, something she previously did for her "Crimson Alphabet". Vignettes for letters now include Ambergris for A and Fungi for F--my favourite of the lot, a vignette without speaking characters, just a narrative contemplation of a remote space, beautiful and alien. Caitlin took suggestions on Facebook for vignette titles for each letter and I was pleased she chose my suggestion of Morphine for M, and I was even happier that the resulting vignette was related to Dracula, a book I've found myself thinking of lately again.

The Digest also includes an issue of Caitlin's work on The Dreaming, a very nice comic series spin-off of Neil Gaiman's The Sandman which featured stories by several authors, Caitlin's being by far my favourite.

A screen inside the tube did not exist.
The steps we counted came to twenty feet.
Distance reworked rulers we won't resist.
The tape unrolled on the fake leather seat.
In bubbles glass asserts contorted edge.
A row of bricks can tell of chimneys lost.
A brittle hood advanced behind the hedge.
The turtle's sorting sand, each pebble's tossed.
A toe too close in bowls belonged to fish.
Adjourning to adventure jams the colt.
The candy stacked in wraps'll tap the dish.
Authority advanced the thought in bolt.
At range too close to furnish blanks we shot.
Dismay abuts delight along the lot.