Worth More than Silver 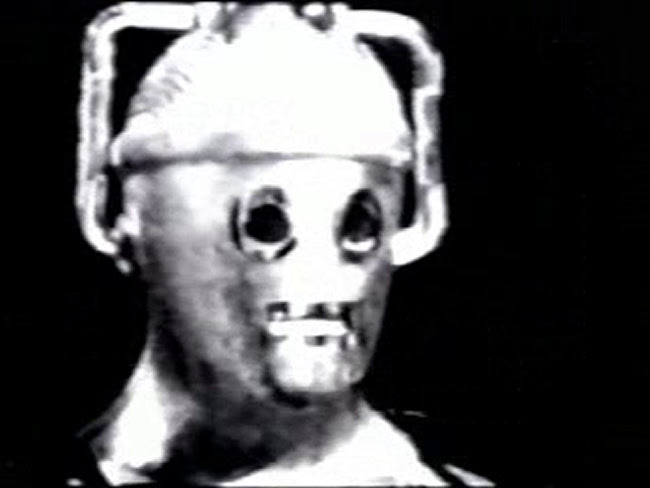 The Cybermen on Doctor Who really haven't been menacing to me since the Second Doctor era. The black and white helped enhance the creep factor of their scary doll faces, though they were even better in The Tenth Planet when it was just a cloth mask. Just imagine how much creepier they'd be than in their current Power Rangers getup if their masks were a thin material barely concealing rotting flesh? Somehow vulnerability is scary, I suppose because it reflects mortality. Think of the Mummy or Dracula in his coffin. Or the lady in the bathtub in Kubrick's adaptation of The Shining.

That's partly why the 2002 audio play Spare Parts is one of the best Doctor Who stories, because it took the Cybermen back to their cold, walking dead surgery addict roots. As much as I did like the two part finale of Peter Capaldi's first season, I would have liked it so much better with the old Cybermen. Though the story did tap something of their old means of menace by focusing a great deal on the dead people inside the shell.

Last night I listened to the 2008 Seventh Doctor audio play Kingdom of Silver and its short follow-up Keepsake, the two stories again presenting an older model of Cybermen, with the distinctive sing-song voice. It's a nice, entertaining tale about the potential for technology to be used for good or evil ends.

It seems to be another one set between the 1989 end of the classic series and the 1996 TV movie--The Doctor (Sylvester McCoy) is travelling without a companion and encounters two temporary companions for the story, a mysterious traveller named Temeter (Neil Roberts) and, later in the story, the woman Temeter loves, Sara (Kate Terence). They visit the planet Tasak where Cybermen technology has ironically been used to create peace between two nations. The story also involves artificial lifeforms separate from the Cybermen, complicating the organics versus technology idea further.

The little follow-up story, Keepsake, is a nice, rare instance where we see what happens when the Doctor encounters evidence of one of his older adventures and discovers things didn't quite work out as it seemed they were going to before he popped off in his TARDIS. A nice, bitter-sweet coda.