Stay On the Bike 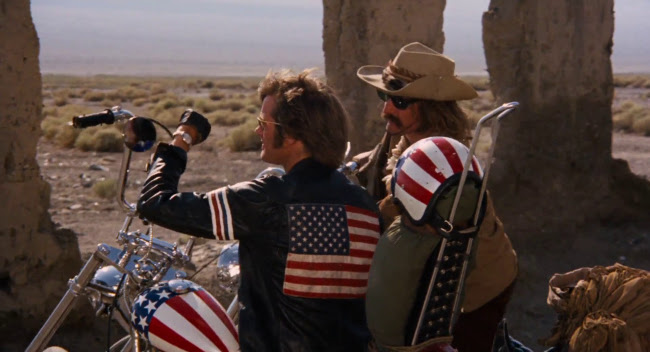 In the big sweet dream of open American roads there lurk assholes ready to kill you for having long hair. 1969's Easy Rider mostly reflects its title quite well, its protagonists leisurely barrelling across great landscapes with a mostly fantastic soundtrack. Its villains come with little apparent reason for brief, violent moments in the film, giving the feeling that just minding your own business is a transgression. The movie doesn't really make an argument, it presents a point of view, and it does it with effective mood. 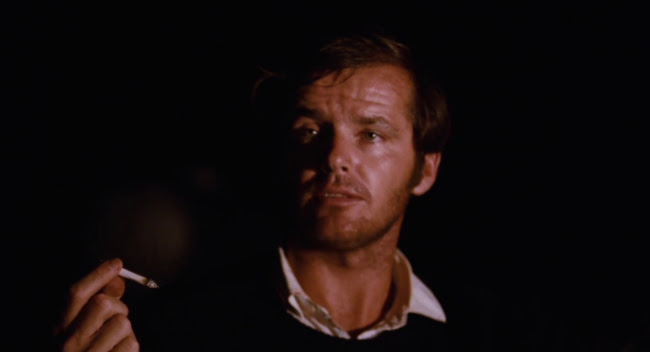 The closest the movie gets to actually constructing an argument is with Jack Nicolson's character, George Hanson, who suddenly becomes profound once he's had his first joint. He talks about an alien race who have constructed a perfect civilisation in space. And he explains to the two central protagonists, Captain America (Peter Fonda) and Billy (Dennis Hopper) that all the snarling hayseeds they keep running into hate them for their freedom. 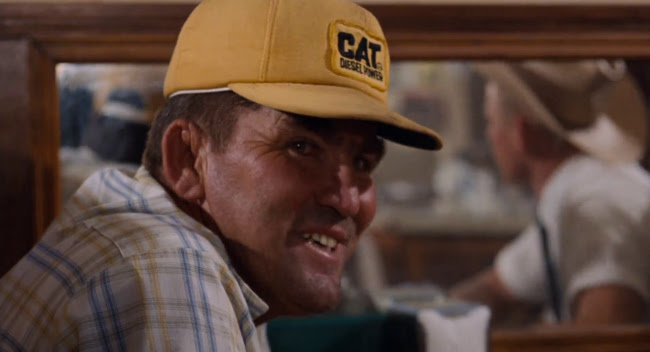 There's probably some truth to this, though one has too look outside the film to see it. Supposedly the United States is all about freedom but everyone normally keeps their heads down, gets the same haircuts, drives the same cars, and says, "Yes, sir," to the customer. So from this, one can see what George is talking about and we can see why Billy's vulnerable just for having long hair. 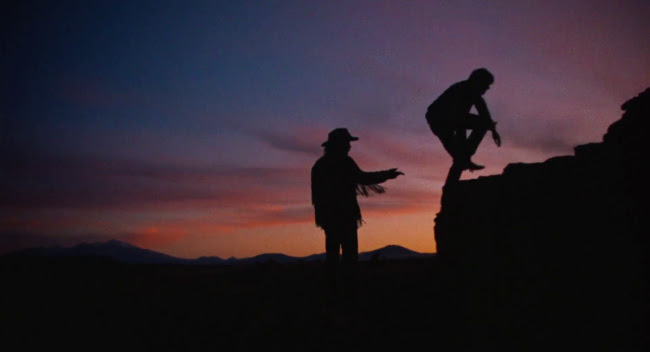 Dennis Hopper directed the film and he did a very nice job. The great cinematographer Laszlo Kovacs creates the sense of the long journey without being tedious, finding new ways to shoot the two men on their bikes and showcasing the landscape. A scene later in the film where Captain America and Billy have an acid trip with two prostitutes benefits from Kovacs' talent and, I suspect, Hopper's experience. 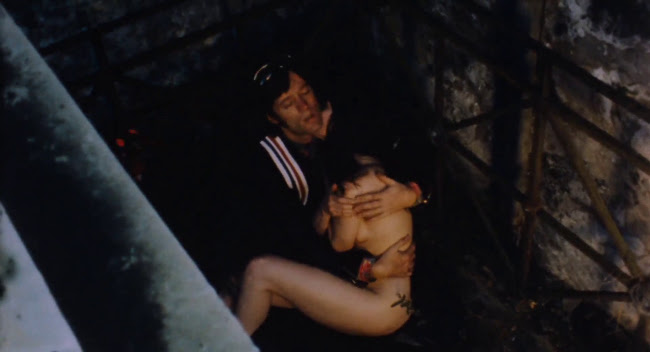 The music is great, too, featuring songs by The Band and The Jimi Hendrix Experience, much of the movie works like an exceptionally nice music video.