The World in a Small Metal Shell 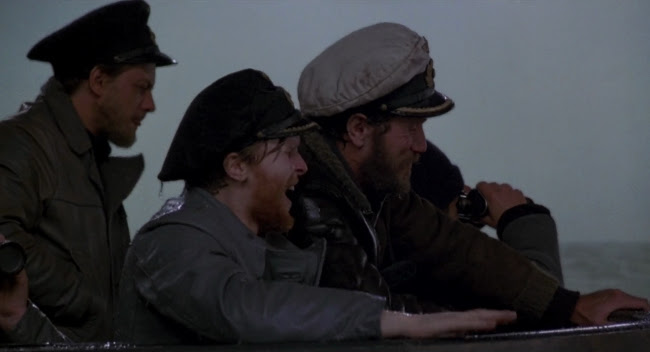 Nazi U-boat crews had a pretty tough time, especially towards the end of World War II, as 1981's Das Boot makes viscerally clear. How audacious, to make a movie where the protagonists are Nazis, though oddly their motives for fighting are never mentioned. The film is about perspective, about exploring a point of view by omitting details. The Nazi philosophy and the faces of their enemies are all absent, distilling the story to a vividly human struggle. 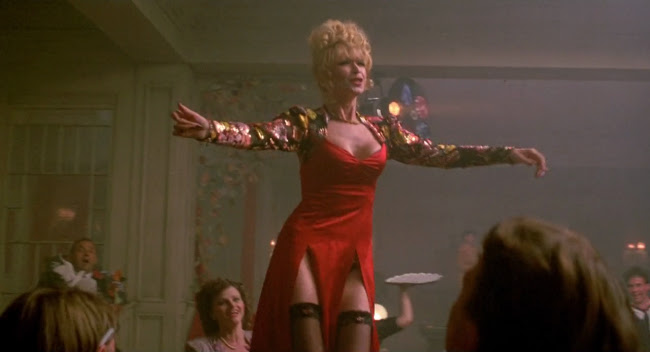 We mostly don't see women, either--I watched the director's cut so I don't know how the miniseries of theatrical cut might be different. But in the version I watched, we see a woman performing and all but making out with the rowdy U-boat crew before they're sent off and women, to their dismay, are absent. The crew makes up for it by writing letters to sweethearts and telling tales of sexual adventures to each other. At one point a crewman even dances dressed as Josephine Baker. 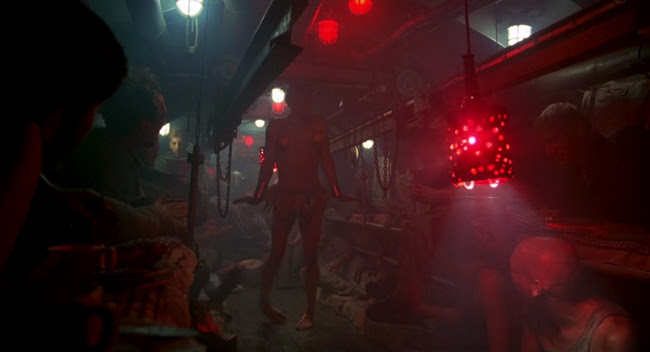 Through their harrowing engagements with British vessels, we never once get a shot of a British crew bustling about on deck of a destroyer, firing cannons, or speculating on the location of the U-boat. Instead, after sighting the enemy from a distance, we follow the crew inside the submarine where we watch as they tensely wait for the subtle sounds that indicate a torpedo they've launched hit the British or for the catastrophic effects of a British depth charge. 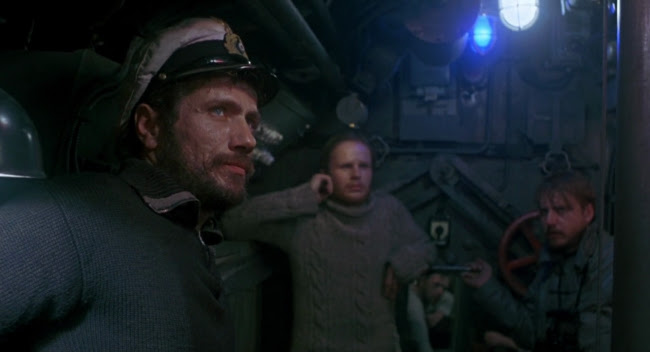 This I really loved. In this simple decision, so much of the experience is communicated to the viewer--the enemy as a mysterious blank, the horrible wait to see if water is suddenly going to explode through the bulkheads, shattering long silences where we watch so much of the fear being digested in the face of the captain played by Jurgen Prochnow. 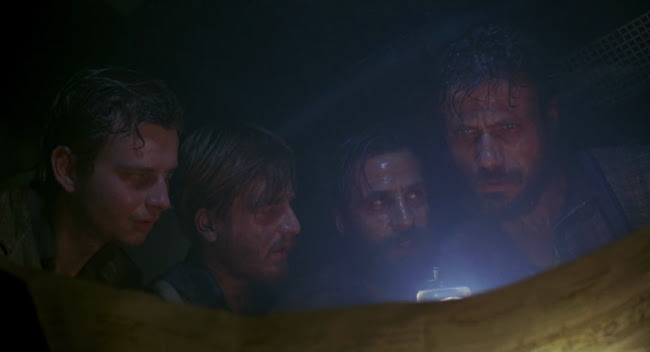 I feel like it's kind of a cheat that the crew never once talks about why they're fighting. In British or American World War II films, it's not uncommon for the characters to mention why they've been called to lay down their lives--certainly it's something officers bring up time and again in speeches. The crew of a U-boat must have been dosed with volumes of Nazi propaganda, it would have been logical to hear them talking about it. I think it would have been a stronger film if the truly nightmarish plight of these seamen where coupled with an expression of their beliefs. Showing the troubles of soldiers who subscribe to an odious philosophy would make for a more complex tale. It's true, we all know what the Nazis believe, but sidestepping it still seems odd and feels like a false note. 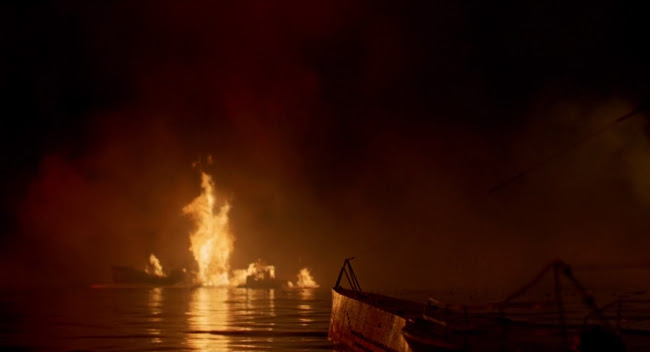 But I certainly can't fault this film for effective sounds and visuals. The claustrophobic atmosphere in the sub, the performances, the invigorating music, are all impressive.

Posted by Setsuled at 8:11 PM
Email ThisBlogThis!Share to TwitterShare to FacebookShare to Pinterest