Only a Sith Speaks in Gibberish 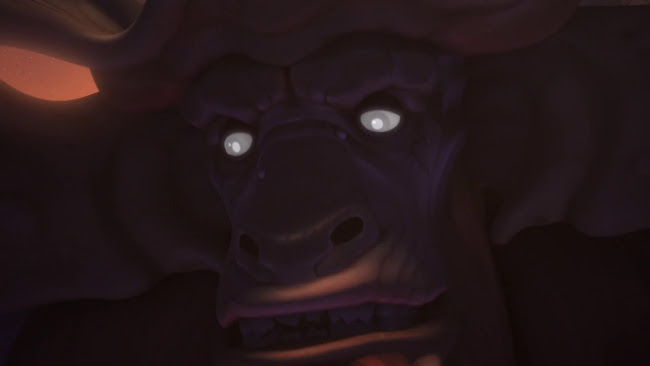 Like many people, I watched the big television event last night, the season three premiere of Star Wars: Rebels. Okay, I watched the debate, too, but how can I dig a hole any deeper than Trump has already dug for himself? Egad. I hope he takes the opportunity to rave more about what a great temperament he has. How could someone that old have the self-awareness of a thirteen year old? To say nothing of being a contender for president. 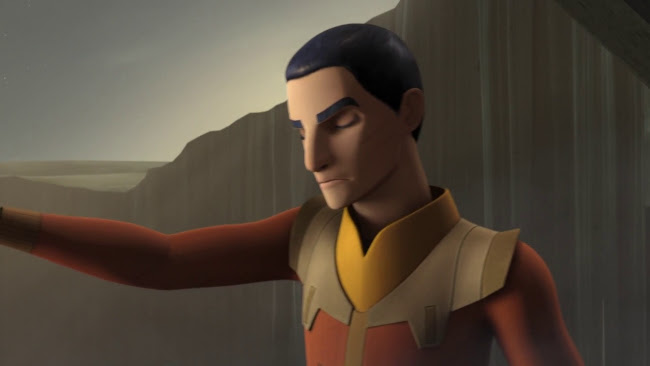 The premiere of Star Wars: Rebels wasn't extremely bad, like the season finale of season two. They seem to be working hard to make Ezra into Anakin, he even has a scar now. Regardless of whether or not he fully turns to the Dark Side, they're clearly mining the same tension of someone turning bad that made Anakin an interesting character in Clone Wars and Revenge of the Sith. Once again, for all the supposed lack of interest in the prequels, Disney seems to find it necessary to go right back to that well. And despite immediately jettisoning the old Expanding Universe, they've decided to bring in another element from it in the person of Grand Admiral Thrawn. 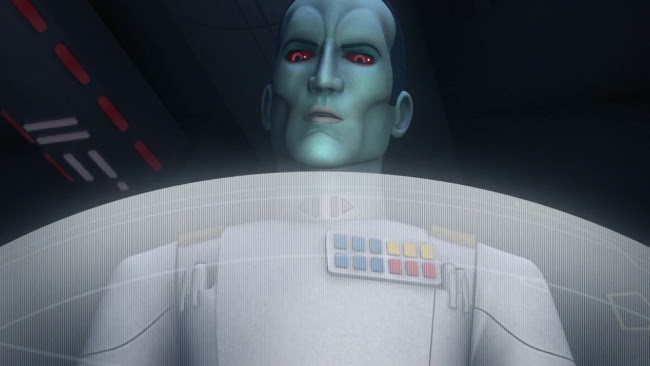 Thrawn, the master strategist who learns about his enemy by studying them, a contrast to Vader's scorched earth tactics, could be an interesting character. In this episode, he deduces the Rebels' plan due to the cell mate of the pirate they rescue at the beginning of the episode, which is cleverer than the especially stupid Imperials have been on the show so far. So maybe this will be the moment where the show can actually make the enemy seem threatening without actually having to pay James Earl Jones to guest star as Darth Vader. 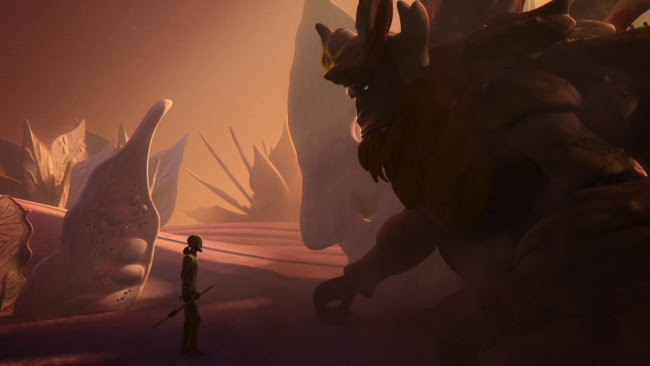 There was one great voice actor in this episode. Tom Baker guest stars as some kind of alien yak, a neutral Force user called the Bendu. He doesn't do much but give some advice to Kanaan it seems like Kanaan ought to've figured out on his own but Baker's delivery is really good. Of course. I might forgive the show for the constant stunt casting if it became just casting--remove all the current main characters and just have Tom Baker, James Earl Jones, Billy Dee Williams, Frank Oz, Gina Torres, Paul Reubens, and every other big name they had in the first two seasons, come together to be the actual stars of the show. That would be great. How would it go?

The bounty hunter voiced by Gina Torres decides to hijack a Star Tours vessel piloted by Reubens' droid. The ship crash lands in the Bendu's backyard when they learn Darth Vader's in orbit looking for the Force Yak. Bendu contacts Yoda who hires Lando Calrission to take him on a desperate rescue mission . . . Well, it would mess up continuity, I guess.

The orders came from poisoned fetish cups.
A horn adorned beleaguered Jove at dusk.
As clouds begin to look like Cer'bus pups.
The ribs encase the light in organ husk.
The apple tree ascends into the bomb.
Alone, the seed suspends the mission root.
A peanut pockets plans to make with Crom.
Plantains are fingers made to mess a suit.
A wriggling sun demands a triple watch.
A corp'rate copper sacks a fountain's clock.
The withered staff withstood another notch.
In houses held by flying gates, we talk.
In moving cups a bean lassos its dust.
Myst'ry soups are too often a bust.

Posted by Setsuled at 8:08 PM
Email ThisBlogThis!Share to TwitterShare to FacebookShare to Pinterest