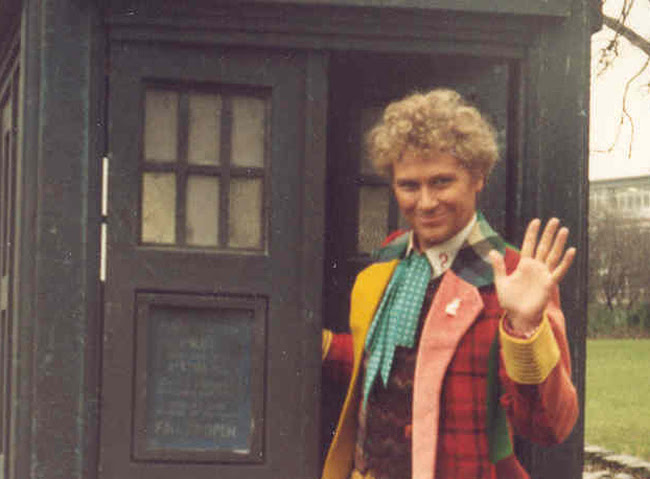 The Sixth Doctor audio plays are better written than his television episodes were--some, like Jubilee, are simply some of the best Doctor Who stories ever--so one can almost forget how unimpressive Colin Baker is. The 2008 audio play, The Doomwood Curse, which I listened to this past week, reminded me again that he comes off like a 1980s afternoon sitcom actor, fit more for Full House or Small Wonder. It's the third now I've heard which pairs him with India Fisher as the former Eighth Doctor companion, Charley, and the contrast is not flattering. Both Fisher and Paul McGann were capable of infusing complex and varied emotion into their line delivery, Colin Baker really only has a few notes. He works very well with Maggie Stables as the audio companion Evelyn, who also gives a superior performance, but the nature of their characters makes their rapport work. Although the Doctor tends to have more of the answers, she's much more the emotional core of their stories so that they become really more like The Evelyn Adventures with her Companion, the Doctor.

The Doomwood Curse is a nice enough story, reminding me a bit of the Mind Robber, not only because it has characters from Gulliver's Travels coming to life. Set in the 18th century, I enjoyed references to Daniel Defoe novels, Moll Flanders and Robinson Crusoe, particularly since I'd just been reading both books recently.

Charley finds a pulp novel on the TARDIS which the Doctor realises is overdue to be returned to an automated alien library somewhere. They encounter strange, fact obsessed intelligences and somehow end up being transported to a version of the manor depicted in the book in an 18th century England where reality seems to be falling apart. Much of the story concerns the real highwayman, Dick Turbin and Charley's fondness for romantic rogues is brought up again. I found it amusing that this aspect of her personality is reintroduced as though this is where she's going to learn her lesson about how real highwaymen aren't glamorous at all--and she completely fails to learn the lesson by the end of the story.

Posted by Setsuled at 3:58 PM
Email ThisBlogThis!Share to TwitterShare to FacebookShare to Pinterest