Call Saul and Let Him Stay 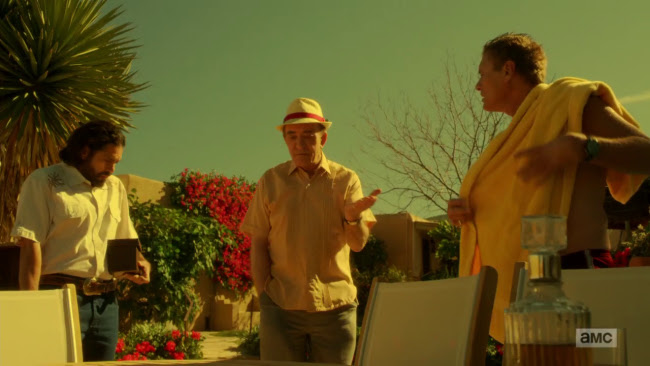 Mexico was looking even yellower than usual in the boring first half of an otherwise nice new episode of Better Call Saul last night. For the last time, Mexico is not yellow. Well, not really the last time, I'm sure I'll complain about it every time I see it. Fortunately the episode picked up after its star showed up.

Spoilers after the cut 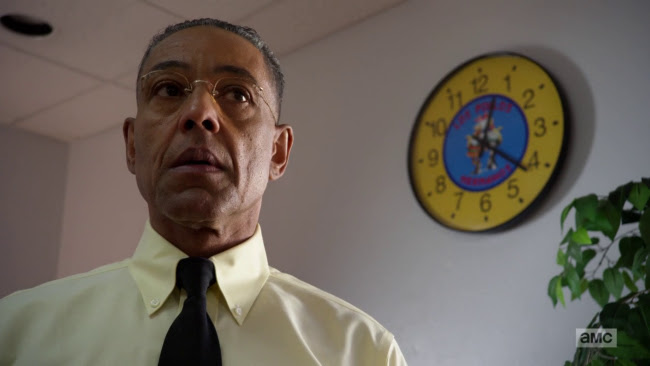 Call me jaded, but the fact that Hector (Mark Margolis) and Gus (Giancarlo Esposito) deal in drugs just isn't enough to hold my interest. And it's all their story seems to be riding on at this point aside from the rivalry between the two and Gus' backstory, both of which were covered better and in more detail on Breaking Bad. And wow, what a stupid scene in the Los Pollos Hermanos. Hector and his thugs take over the shop and not one customer or employee or passerby calls the cops? 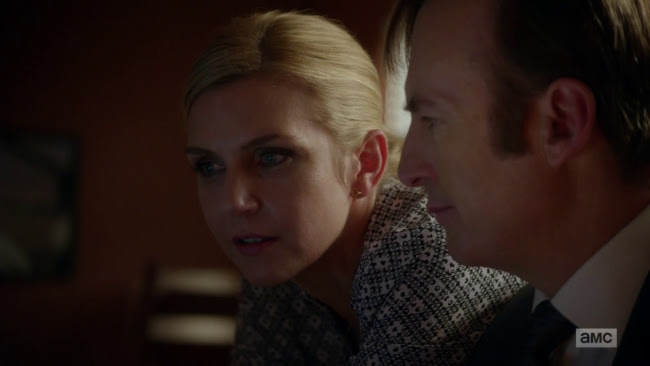 Thirty minutes in, the show finally got good with Kim (Rhea Seehorn) and Jimmy's (Bob Odenkirk) strategising and meeting. I'm not sure what they expect to get out of Mike (Jonathan Banks) taking pictures of Chuck's (Michael McKean) door yet but it was satisfying watching Kim lure Chuck into giving her evidence that he manipulated Jimmy. I suppose Jimmy's inevitably going to fall from grace but it'll be really satisfying if he can take down Chuck too. 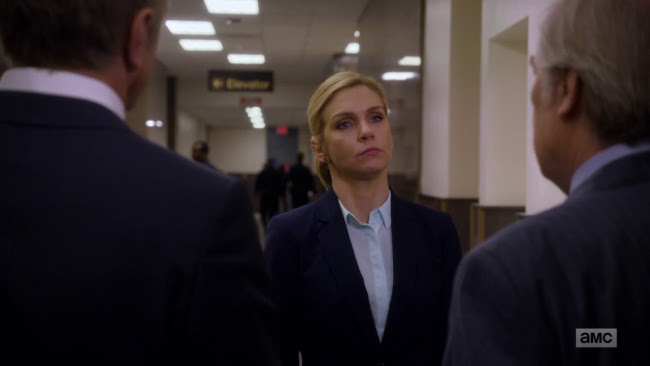 Posted by Setsuled at 10:01 AM
Email ThisBlogThis!Share to TwitterShare to FacebookShare to Pinterest