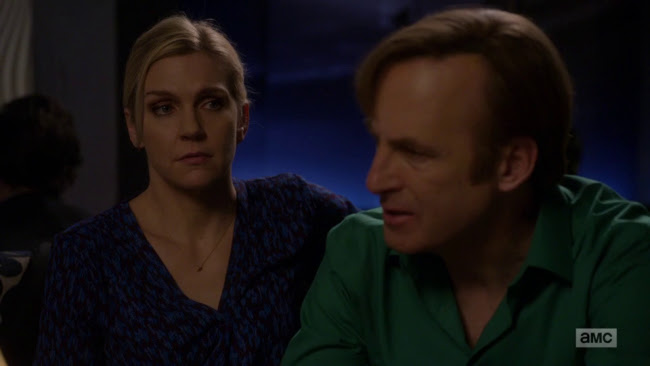 Better Call Saul continued on a very good, solid streak with Monday's new episode, which finds Jimmy in the aftermath of a victory that turns out to have been a bit Pyrrhic. 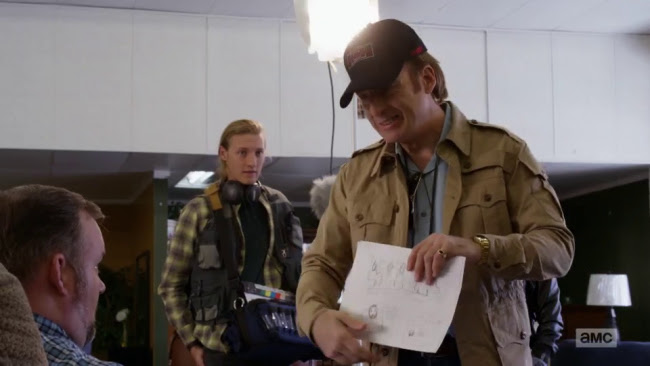 I really love the way the show is slowly cooking Jimmy's (Bob Odenkirk) slow decent. For some reason Kim (Rhea Seehorn) is keen to shed the extra expense of the law offices she shares with Jimmy so now he's faced with the hopeless endeavour of holding up his half of the rent when he was barely making ends meet as it was. His scheme to make money by making commercials for people doesn't seem like it's going to pan out and he has to deal with community service at the same time. By the time he breaks down in the insurance office, it does feel like he's having a death from a thousand cuts. 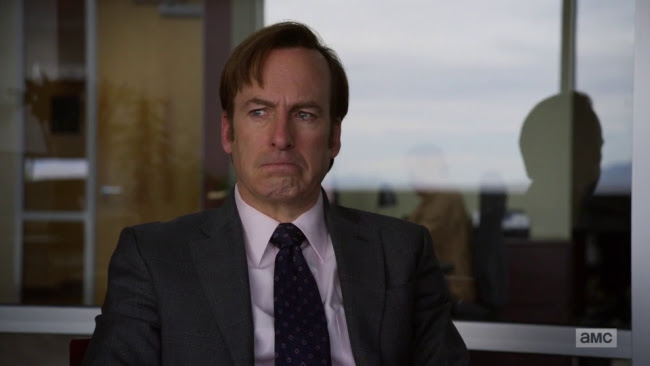 But how real was that break down? My guess is Jimmy was using his real emotions as a tool to get back at Chuck in some little way. Though the ugliness of what actually happened emphasises that Jimmy's not terribly justified in revenge. Kim, who can afford the introspection with her cushy Mesa Verde job, is accruing feelings in the opposite direction of Jimmy's. 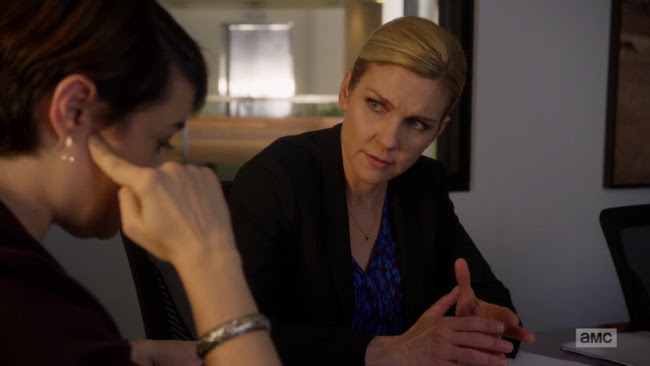 It's harder to enjoy this show now after Twin Peaks since the minor characters are so important in Better Call Saul and Twin Peaks outshines it so totally. I thought the makeup girl trying to give her money back to Jimmy was sweet but no-one has that peculiar roundedness that every minor character seems to have on Twin Peaks. Anyway, I have to stop, I need to tell myself I'll be able to talk about Twin Peaks again in two weeks, one if Showtime puts up episode five on its web site a week early. 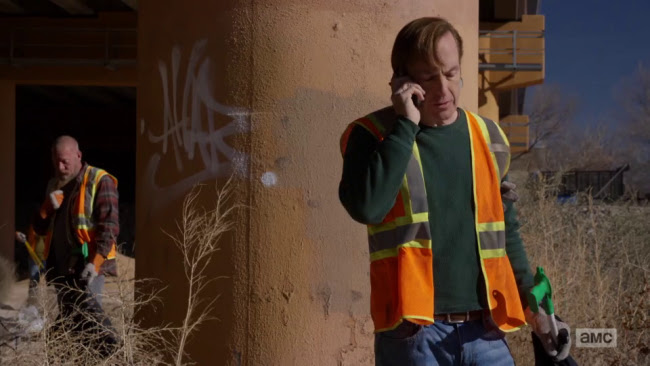 Where was I? I love the balancing act they're playing with Jimmy. You can see his heart dying under the weight of cynicism and resentment piling up. It's a much more delicate and complex moral dilemma than Walter White had though it is fundamentally similar. I'm both looking forward to and dreading Jimmy's downfall.