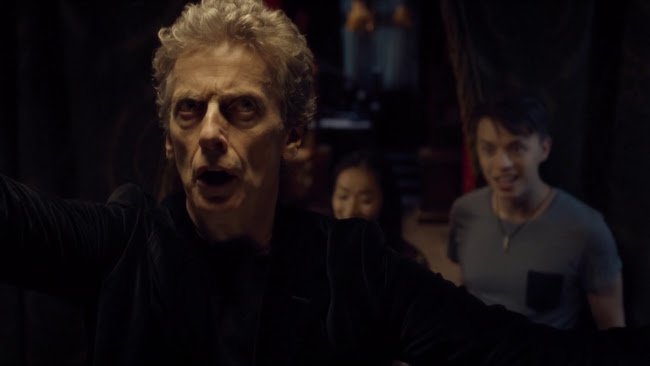 To-day's new Doctor Who, "Knock Knock", is one of my favourite story types for a television series episode--a group of characters trapped in an old building. Usually haunted but not necessarily. So I'm predisposed to like this and mostly I wasn't disappointed--and I suspect the few problems I had with the episode weren't the fault of the writer, director, or actors. 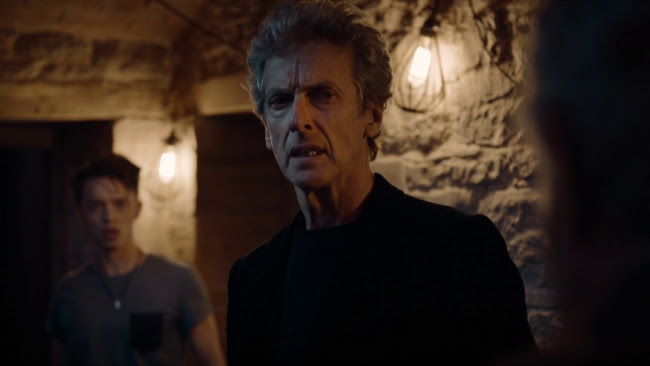 Let's start at the end. Having each character getting knocked off, if you will, one by one loses something when everyone's brought back to life at the end. Why was it okay to kill the kid last week but everyone had to live this week? I can't say but the resurrections in "Knock Knock" felt only slightly less forced than the kid coming through the portal at the end of "Death in Heaven." 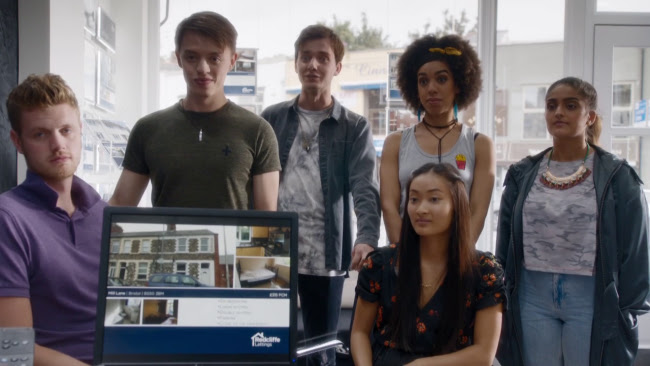 The other point that seemed like BBC political mandate, though I don't mind it so much, is the precise diversity of Bill's friends. Like the cast of Class, no two are alike--there are three white guys though one of them's Scottish and one of them's Russian. This happens pretty much every time there's a story about a group of people--I see the BBC has a diversity section of their web site, which includes a diversity report that shows there is indeed a target diversity onscreen visibility quota. I'm not complaining--it's not realistic, but neither are time machines. The only thing that bugs me is that Doctor Who hasn't had an Irish character since the 70s and even then they were very minor characters. Given that there's an actual mandate for diversity this exception continues to be downright puzzling and a bit troubling. 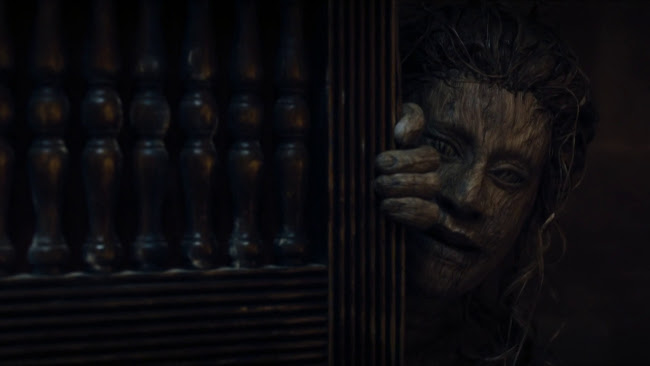 Okay, now the stuff I liked. Last week I said I thought Peter Capaldi seemed a bit lethargic, now I think he's intentionally doing something with the character. Maybe it's my imagination but he seems gloomier. I'm inclined to interpret it as continued mourning for Clara, made worse by the fact that he can't properly remember who or what he's mourning. This makes his decision not to wipe Bill's memory all the more poignant. 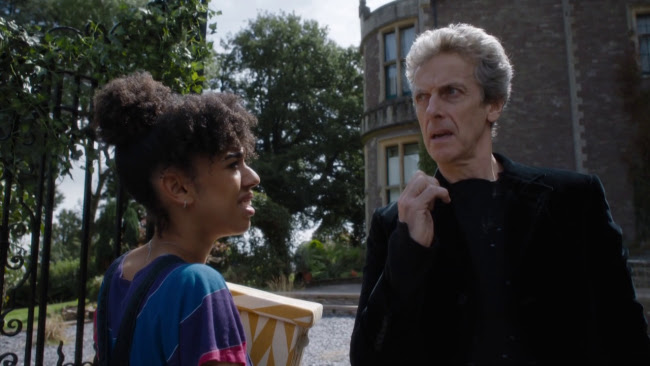 Pearl Mackie's chemistry with Capaldi gets more charming with each new dimension introduced. This episode pretty solidly puts them in the grandparent/grandchild dynamic, the one Capaldi has reportedly wanted with a companion since he joined the show. It's not just that Bill calls him granddad, he fusses about the place like a parent or grandparent would for their child or grandchild's dorm--and Bill seems to want him to leave and stay at the same time in just the same way. As much as I do like a romantic relationship with the Doctor and companion, I like a little variety in the relationships. I wonder if making Bill a lesbian was part of an attempt to outmanoeuvre anyone who complained about it. 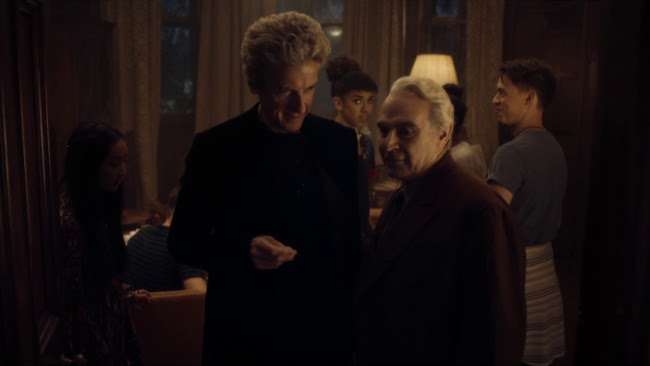 I liked the wood bugs and the Doctor's reaction to them. I loved the kid getting eaten by the wall. The relationship between the Landlord (David Suchet) and his daughter (Mariah Gale) was effectively creepy, especially in their confusion over which was the parent and which was the child--an interesting distorted mirror of the Doctor's relationship with Bill and Clara, come to think of it. The concept of regeneration came up for the first time this season in this episode, and Bill helping the Doctor solve the problem at the end of this episode makes me wonder if there's going to be a reversal of their roles by the end of the season. Oh, maybe Bill's a lesbian so a future female Doctor can be in a romantic relationship with her? That would be fun and probably would never happen. I can envision a scene of Tilda Swinton or whoever slowly waking up and Bill saying tearfully, "Did you do this for me?!" I have no time to write the fanfiction, sadly. 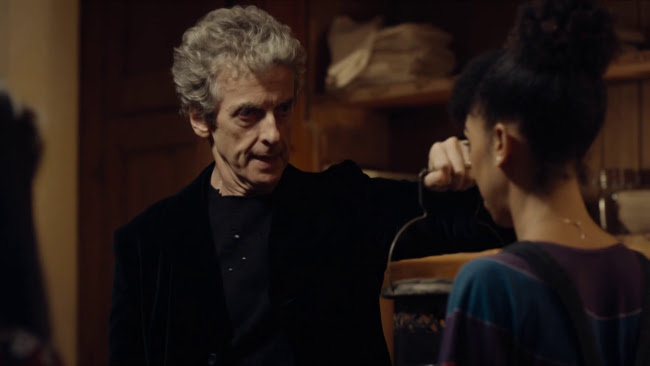 Actually I wonder if Twelve and Bill's relationship is inspired by Seven and Ace's at all. I notice Bill says "wicked" a lot, like Ace did, and both companions like wearing buttons and patches.