Truth in a Maze of Information 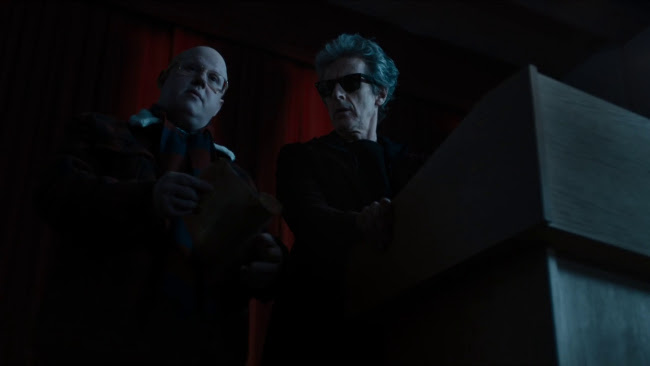 This week's exceptionally existential new Doctor Who, "Extremis", tackled the meaning of individual endeavour in a potentially meaningless world. Last week, the show tackled capitalism and this week has gone on to religion, using the Catholic Church as a context but addressing the more universal function of belief. It turned out to be a really lovely episode and featured possibly the most profound statement ever conceived about Super Mario Brothers. 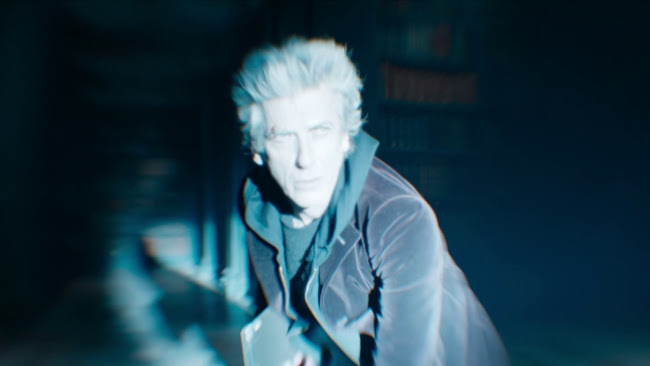 I was saying to a friend of mine a few months ago, Professor Peter Herman at SDSU, that some piece of dystopian fiction seemed prophetic now that Trump is in office and Professor Herman replied, "Everything bad seems prophetic now." I thought of this watching "Extremis", in the scene where Bill (Peal Mackie) finds the Doctor (Peter Capaldi) sitting alone in the White House Oval Office with the corpse of a president who's just killed himself. 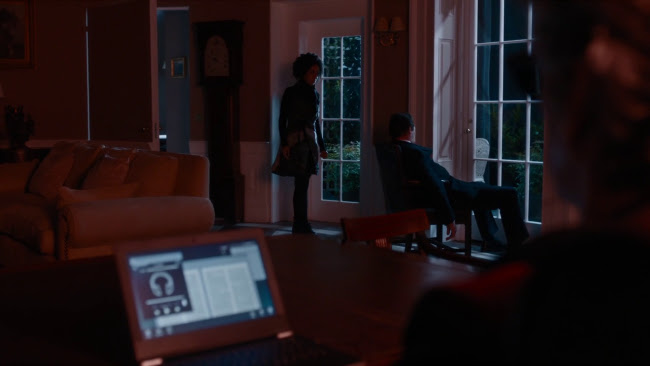 Of course, this whole season of Doctor Who was recorded before last year's U.S. election and even if the makers of the show knew who was going to be president they likely desired to avoid any of the attendant trouble in suggesting someone very like the actual president committed suicide. That's probably why the president on the show resembles neither Trump or Clinton, a nondescript white man with black hair. Though the level of intellectual contemplation suggested as a motive for suicide would also rule out Trump. But the story of a world where the truth can't be known because of the sophistication of the lies that shape apparent reality, paired with a portrayal of the U.S. government, couldn't fail to seem like an apt reflection of current affairs. 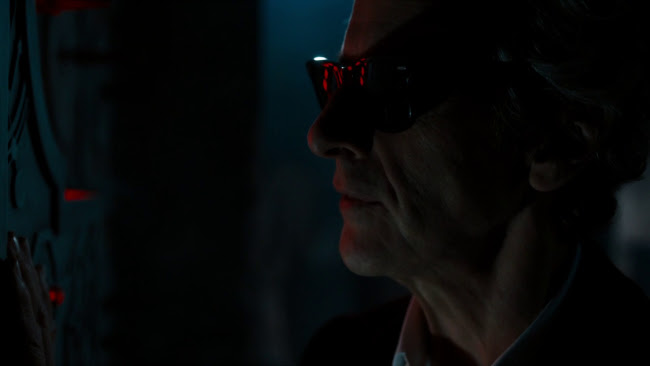 Which makes the Doctor's solution all the more resonant, the beautifully delivered concept of virtue without hope--reminding me of the line from Aragorn in Return of the King, about "valour without renown." It would be easy to compare "Extremis" to The Matrix but its idea is much more humanistic than a story about a regular guy who ends up being the Chosen One--in this episode, the Doctor discovers he isn't even really the Doctor, in fact not even a real person, and he presents the argument that it doesn't matter because he's defined by his actions. This is also not an idea new to this story--not new to television or even new to Doctor Who but it was beautifully delivered here. I particularly liked the pairing of it with the Catholic Church, emphasising the nature of the question as being an ancient preoccupation of the human mind worth exploring again and again. The bad times which prompt such questions and make them seem particularly crucial, after all, keep popping up. 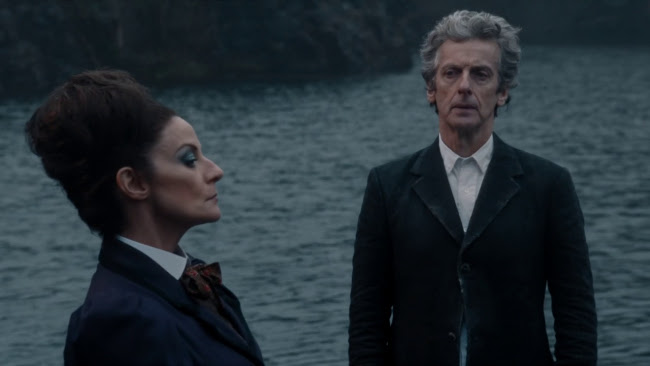 I loved how the Doctor's epiphany at the climax came in the form of words spoken to him by Missy (Michelle Gomez) when she was in fact repeating words he'd spoken to her. It's even better because we know she probably doesn't mean them, forcing us to analyse the value in the words themselves--there's no hope she believes in deeds done with promise of "no hope." 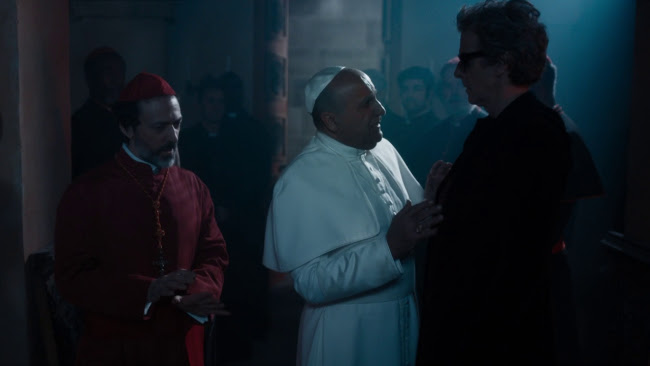 The Doctor's blindness was another perfect device for this story, the idea of this blind man trying to read a deadly book called "the truth" being a clever metaphorical portrayal of what the process of seeking truth might be--and Capaldi does such a beautiful job allowing the despair to come through which he's fighting against. 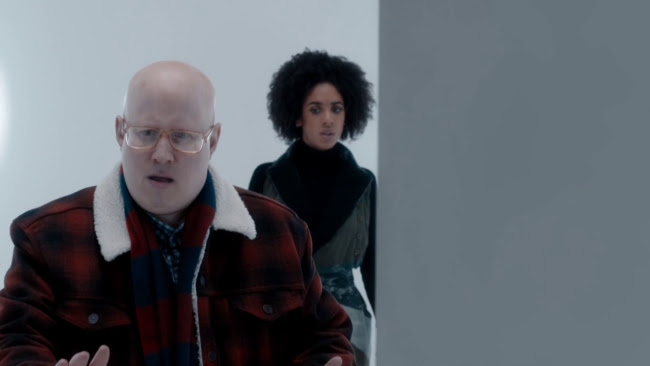 Pearl Mackie continues to be good but this episode particularly drew my attention to Matt Lucas. I knew he could be funny but here he was also excellent delivering some straight forward sincere stuff. His dread approaching the edge of the projectors was great. 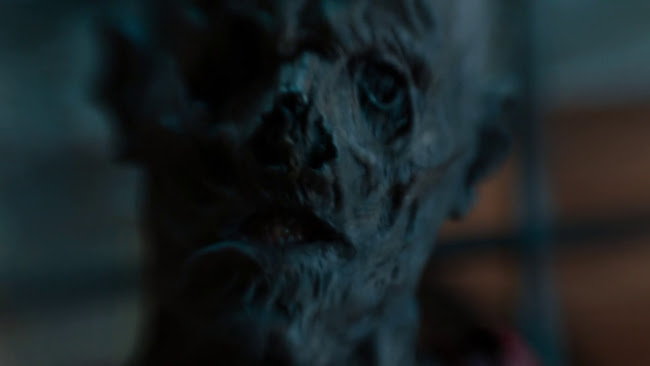 And I'm going to make a prediction right now--I think these hooded guys are the Cybermen. It makes sense that they'd be the ones to create a vast simulation of Earth--which isn't too far from the idea of Mondas being an alternate Earth. It looks like they're going to be in next week's episode, too, presumably outside the simulation but I still feel pretty strongly we're seeing Mondasians. To those who don't understand why the original Mondasian Cybermen are scarier, imagine those Cybermen look like this but with a thin cloth mask.