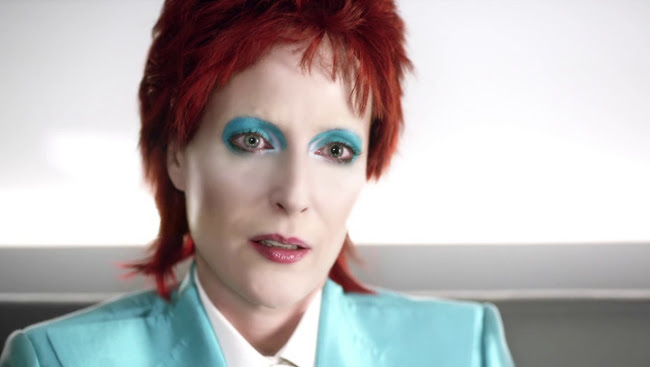 There was another nice new episode of American Gods on Sunday, "Lemon Scented You", which introduced some important characters and had one of the nicest side-story vignettes yet. 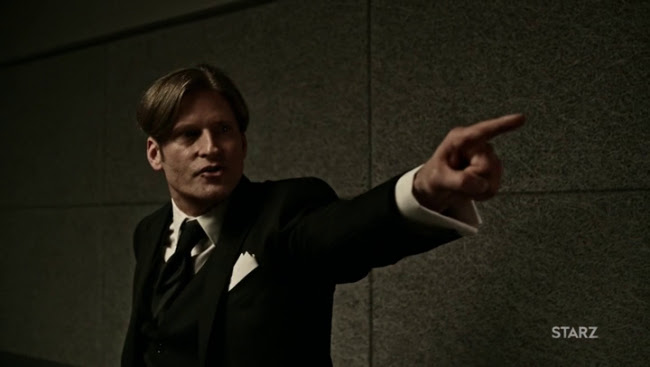 Sorry. I don't usually get George McFly in my head when I see Crispin Glover but there's just something about his Mr. World that unaccountably reminds me of the McFly patriarch. He's odd casting for the part, I would have liked someone more like John Hamm or George Clooney, someone with a banal charm. Glover is so delightfully weird but, of course, that means it's always nice to see him. I love his suit. 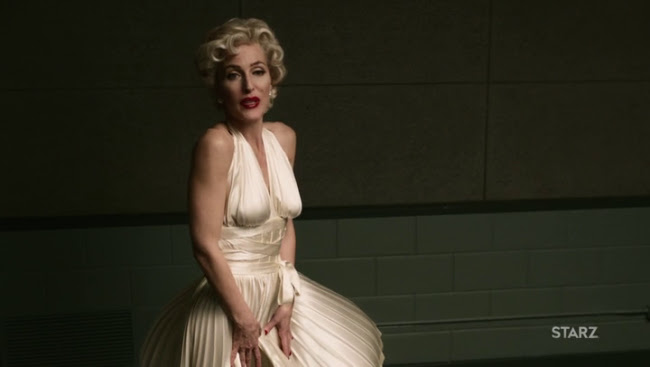 Gillian Anderson does much better impressions of David Bowie and Marilyn Monroe than she does of Lucille Ball. I found the music kind of distracting in the Bowie scene but I was tickled by how half her lines were Bowie lyrics. Though, considering I love David Bowie and I like Gillian Anderson, I feel like I should have enjoyed the scene more. Maybe once I start getting the impression that Media is not simply a villain I'll feel better about it. It is a bit ironic that a TV show is portraying Media so far as almost purely an antagonist, though she does seem like she wants to extend an olive branch to Wednesday (Ian McShane). 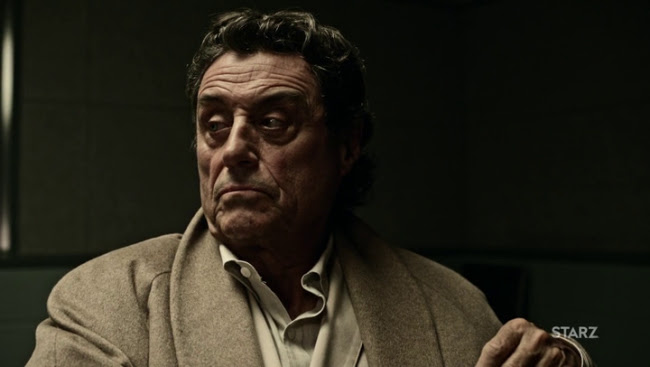 I've been refreshing my memory on the novel by reading synopses and I'm starting to be reminded of Wagner's Ring operas. I won't go into too much detail for those who haven't read American Gods or seen the operas but Shadow (Ricky Whittle) resembles Siegfried in the Wagner operas in ways he doesn't resemble Siegfried or Sigurd in the Nibelungenlied or the Elder Edda. I haven't read all the different versions of the legend, though, I don't know how much was Wagner's invention or how much he drew from the Norse mythology. It would probably be helpful to read Neil Gaiman's recently published book on Norse mythology.

I feel like Shadow is more definitely defined as a black man on the show whereas his race in the book was sort of a mystery. I could be remembering wrong. In any case, the focus on his race--the significance of him being lynched--and him being a Siegfried figure is oddly starting to make the show resemble Django Unchained, or Django Unchained is starting to resemble American Gods. 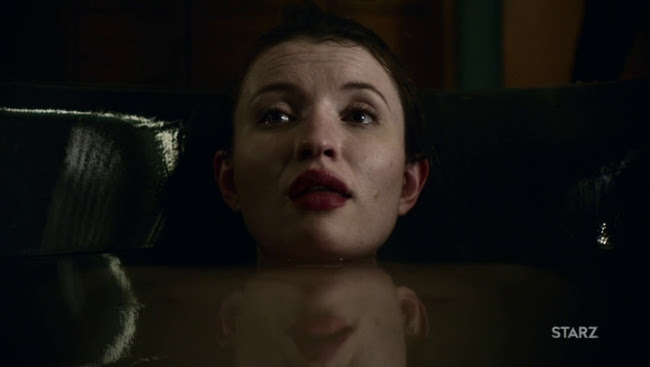 It would make sense for Laura (Emily Browning) to be Brunhilde, being associated with the dead and with kicking ass. I wonder why Emily Browning was willing to be naked in this episode but not the previous one. Maybe it's to do with the different directors--"Lemon Scented You" was directed by Vincenzo Natali while "Git Gone" was directed by Craig Zobel. I guess this gets into a gossipy area though I do think it demonstrates how often nudity in film is included to not be distracting rather than vice versa. Shooting around big parts of someone's body for reasons not related to artistic intent always comes off as awkward. It was nice they were able to include that lovely beating heart effect in this episode though Shadow and Laura parting with him saying he wasn't her puppy anymore was a slightly dopey piece of melodrama. I'm guessing when they see each other next we'll learn he simply meant the power dynamic in their relationship had changed. But of course in the interim she has to suffer thinking he doesn't love her anymore. 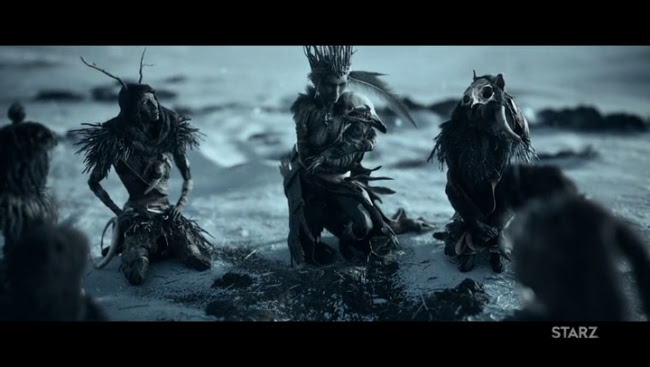 That cgi vignette was really cool. I hope there'll be more vignettes that aren't live action, the animation seems to allow the makers of the show greater scope.