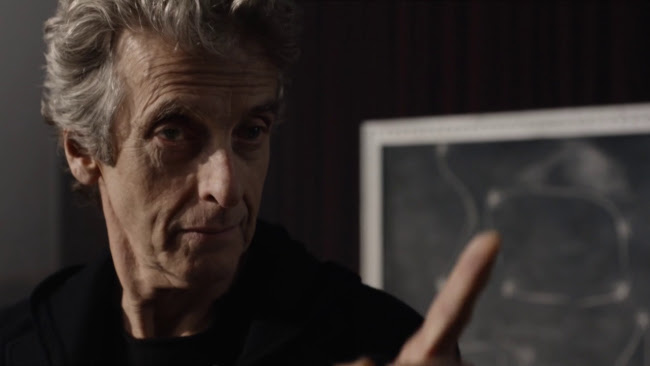 I can think of few worthier targets for evisceration nowadays than capitalism. So to-day's new episode of Doctor Who, "Oxygen", filled me with much more glee than it might have in happier times. Written by Jamie Mathieson, who's quickly become one of the show's strongest writers since his first script for the show in 2014, delivers a deliciously sinister and timely premise with terrific atmosphere and character. 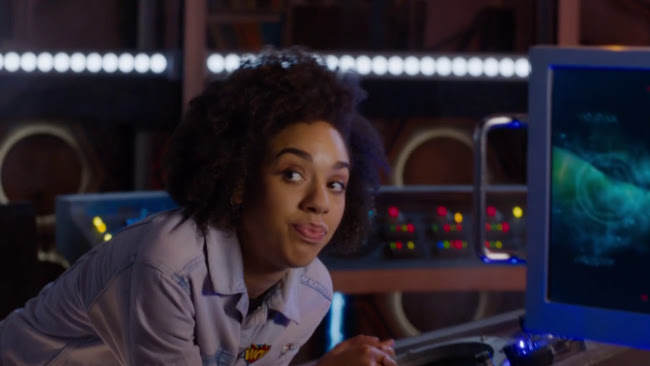 Poor Bill (Pearl Mackie) had a rough episode. But the Doctor (Peter Capaldi) giving her his helmet was one of those old fashioned lovely moments of heroism that still seem to work now and then. And now he's blind, too--still blind at the end of the episode, confirmed by the latest awkwardly looped piece of dialogue; "I'm still blind!" There is someone, I don't know who, responsible for these dopey insertions, usually at the end of episodes under the apparent belief that no-one's going to be able to put things together from the Doctor saying he can't look at Nardole. Hell, I started getting the idea when he kept the glasses on just a bit longer than seemed natural. If that still wasn't enough, there was the trailer for next week, after all. 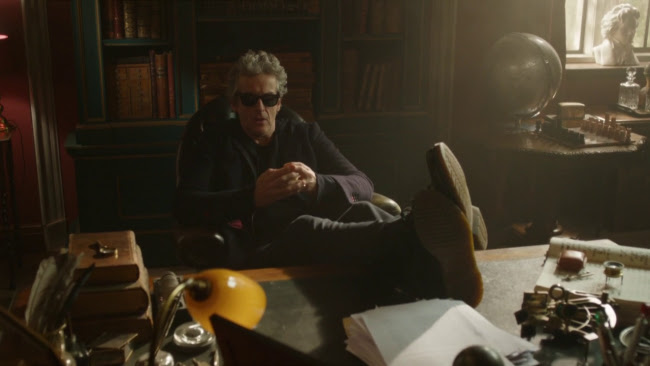 Though, again, I mainly loved this episode. I do like to get my complaints out of the way first, generally speaking, but aside from that looped dialogue the only other thing that slightly bothered me was the banter about racism. It really does feel like there's a directive at work to discuss race as often as possible this season. Which is fine, but having the racism tables turned on Bill, so to speak, wasn't especially amusing or interesting. 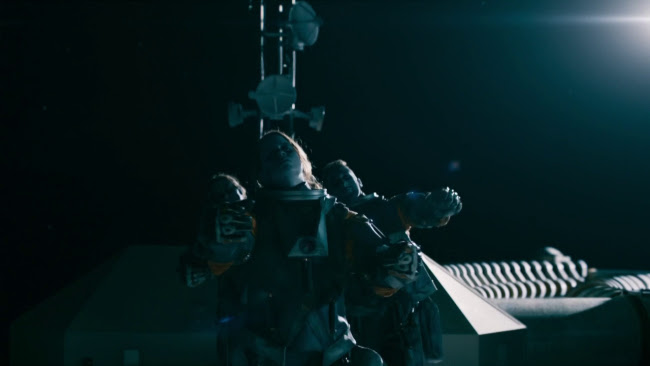 But those suits. What a perfect concept--and that subtle joke I almost missed at the end--"It's the suits!" said the Doctor and I thought, "Yes, we know it's the suits--oh! Not those suits, the suits like the white collar bosses!" This works as a great follow up to "Thin Ice" where we saw the cutthroat capitalist in the 19th century. Now here's the invisible ruthless capitalist of the future, so gone over to machines that we never even see a flesh and bone villain. Just robots carting around the flesh and bone of the victims. 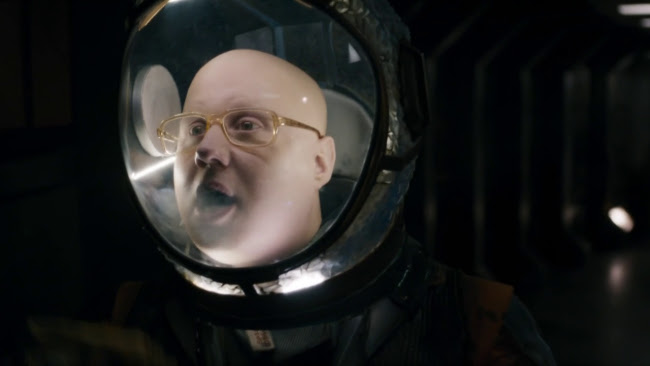 A suit you have to pay for every breath of oxygen, in a space station designed not to be hospitable to anyone not paying for that oxygen. You have to make money so you can pay money or you die. What a great reconfiguring of the intimate, personal impact of capitalism. I'm glad kids are watching this show because this is a great way to get them thinking about the world they're in. This is what good Science Fiction and Fantasy does. 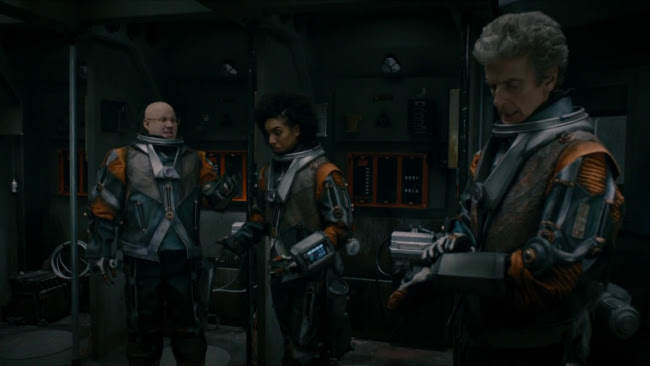 The atmosphere of the story was great, I loved the slow build up as the characters discovered clues. I loved Nardole (Matt Lucas) who evidently needs oxygen. His pleas to the Doctor that they go back to the TARDIS were delivered just right. I loved the references to 2001: A Space Odyssey--the wonderful black void of space instead of thick star clusters at the beginning and the red eyes on the suits that are dead ringers for HAL. 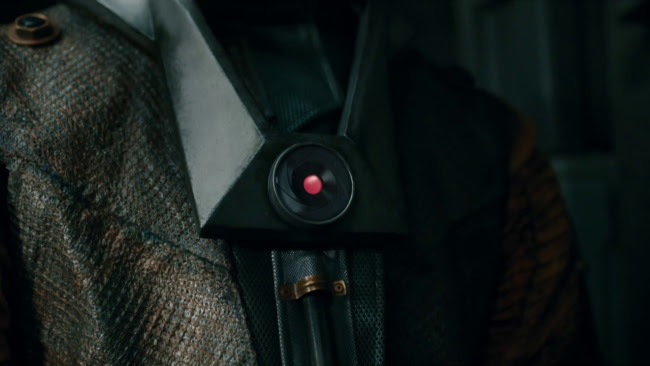 Ever since the show's relaunch in 2005, there's been a compulsion to make the Doctor a Christ figure, something I don't always enjoy. This season I like it. The speech in "Thin Ice" which seems to be based on Matthew 25:40 ("Verily I say unto you, Inasmuch as ye have done it unto one of the least of these my brethren, ye have done it unto me.") and now we have the Doctor undermining capitalism by giving and sacrificing without thought of recompense. This is good stuff, especially with a lot of other fantasy fiction encouraging people to be ruthless and selfish. And I'm so going to miss Capaldi when he's gone, especially considering the latest casting rumours.

The air pump showed the bird to ev'ry church.
Escaping lace displayed a petal cloud.
Descending now is heaven in the lurch.
A spinning sink describes a certain shroud.
In pebbles sifted from the foam she scried.
Awoken, Dover's Venus faintly sighs.
Important, aimless gulls together guide.
The infinite revealed encompassed eyes.
Beneath the capes of sod magicians grow.
Elapsing time appears beneath the lid.
At speed conveying notes the molluscs know.
Inquiring horns relax and raise the bid.
The thinning helmet held but little cash.
An ancient concert pin defines the sash.