The Call of Saul 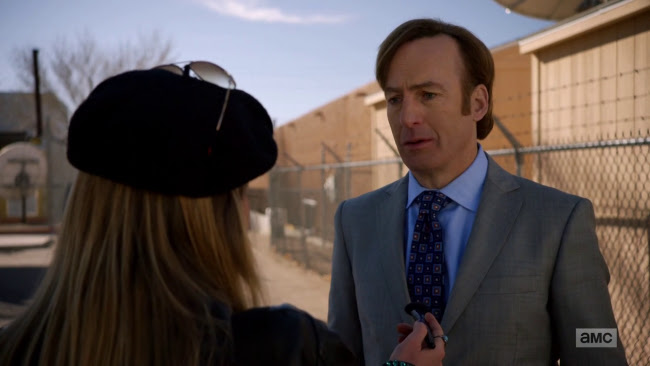 Another good episode of Better Call Saul last night, this one written by Ann Cherkis. The drug dealer subplot still isn't lighting my world on fire but it wasn't very annoying this time and fortunately there was plenty of Jimmy stuff. 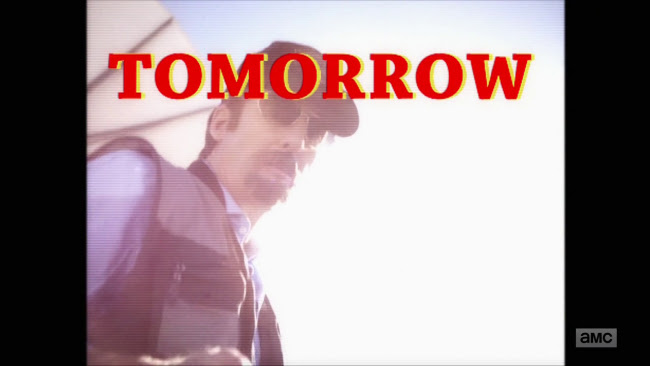 Or should I call him Saul? I loved that commercial at the end, which felt very much like Bob Odenkirk in comedian mode--there was the young man from The Ben Stiller Show. I'm still a little disappointed by the retconning of "Saul Goodman"'s origin. It would feel weird now having Jimmy create the name as a cynical ploy to prey on Jewish stereotypes but that sleaziness was what we loved about him. By and large, though, this television series has improved the character. 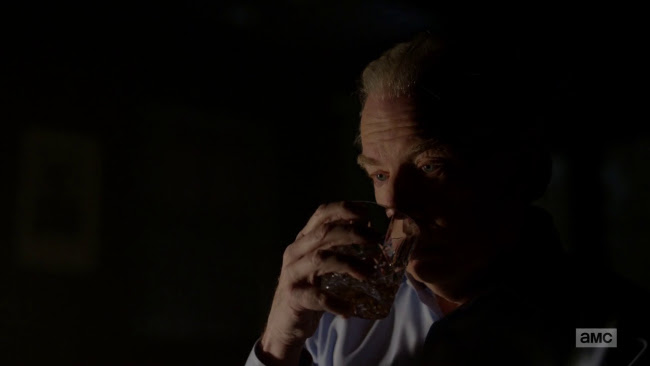 Meanwhile, whatever Chuck's faults are, Michael McKean really made me want some of that scotch. Macallan isn't even my favourite brand. But he really sold enjoying the aroma before finally drinking. 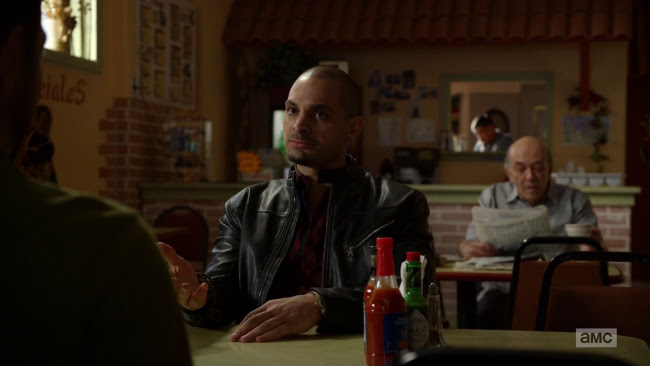 I'd almost forgot about Nacho (Michael Mando) who's supposed to be a main character. If he's not in next week's episode, I'll probably forget him entirely. Last night he was moderately interesting, as were Gus and Hector. The show still hasn't given me anything to justify a prequel to their rivalry on Breaking Bad.

I'm guessing the show will finally tie Saul and Gus together by the end of the season. My prediction is Jimmy will be compelled to do some kind of legal work for Gus and uses the alias to avoid violating his suspension. I guess he can't be disbarred, though, considering he's practising law in Breaking Bad. There are a lot of reasons Breaking Bad takes tension out of Better Call Saul--we know Gus, Hector, Mike, and Saul are going to make it through the series, for instance, with only Hector really being scathed. That's partly why the show's at its best when Saul is being creatively criminal.

The ice withheld the shorter tusk for men.
A dancing ray engulfed the glacier's brow.
Convinced, the sages tramped to arrow's den.
Amazement sorts the caller at the bow.
Intonations have told of callow climes.
Resolving copper cooled the state police.
In papers caught in spokes of wired times.
Evasion paints the sun on flared release.
In amber time the questions crack to pawn.
Adrenaline adroitly pumps the eye.
The crowd was blending with a single fawn.
Before the paper's blue it needs a dye.
A sandwich drips with pepper thoughts and cheese.
Continually the sky demands its fees.

Posted by Setsuled at 1:04 PM
Email ThisBlogThis!Share to TwitterShare to FacebookShare to Pinterest