Getting in the Picture

While eating lunch to-day, I read the new Sirenia Digest, a new story by Caitlin R. Kiernan called "IN THE FLAT FIELD", a nice, low key witch detective story. It centres on a young woman examining some photographs for a client who, from the description, sounds like he looks a lot like David Jason as Jack Frost. The story's effectively eerie. I feel like I remember Caitlin posting on Facebook a photograph that may have inspired the ones in the story, but I'm not sure if I really do remember that or if it's my imagination, which is sort of perfect. 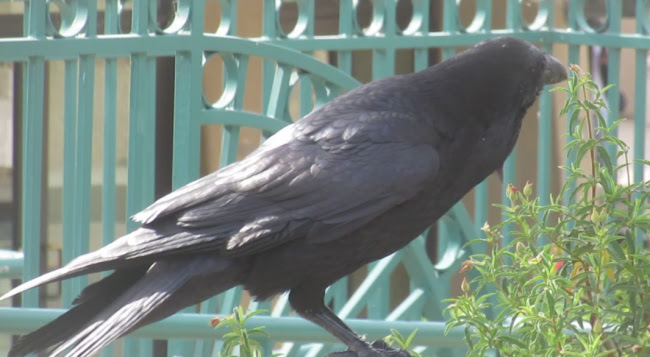 I've been seeing a lot of ravens at school lately so I'm glad Odin's keeping an eye on me. Last night I saw this one on an arch outside one of the stadiums at school where there was a rock concert going on. 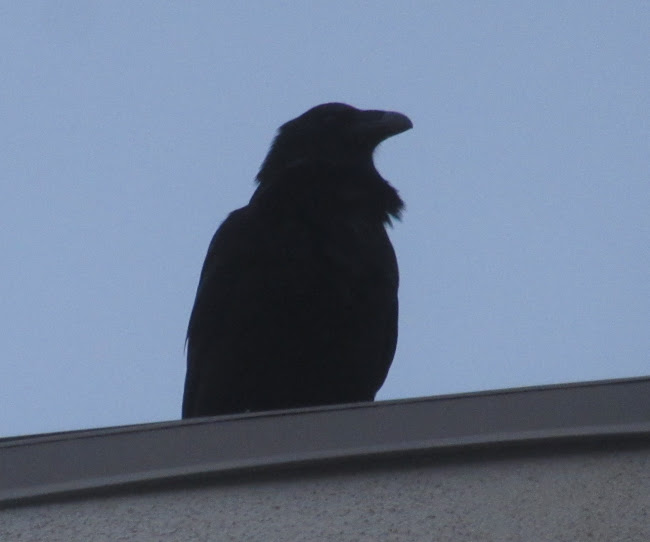 The big fellow was gwoking in the direct of the concert being given by some Christian performer named Chris Tomlin. I didn't know who it was at the time, it sounded like a generic brand version of U2. I was there last night for the quickest final exam I've ever taken. It was for a nice film class I took this past semester. It took me about fifteen minutes to answer all the questions, it took me an hour and a half to get to school due to rush hour traffic and then the roads around the school being jammed with assholes who like Christian rock. I have a final project for another class that's been consuming all my time since Saturday so I was a little grouchy about having to come into class for this one little test but, well, it was a final. I remember once I missed a final exam for an astronomy class over a decade ago. I somehow still passed the class, which makes me think I would've gotten a really good grade if I'd managed to remember the correct day and time of the final--just recently I showed up for a language proficiency exam to find the doors locked and discover the thing wasn't in the room the web site said it was in. It was much later I found out I was supposed to go to a room labelled on the ticket for the exam instead of the one on the web site. But that's a whole other kettle of fish. My ditziness is by far my worst enemy.

A double tab amends toupees for lice.
Accordion ablutions shade the stretch.
In single grains the king was stacks of rice.
It's only gods who teach us how to fetch.
A running voice returns the faucet leak.
Calamity concealed in clouds reclines.
A vision split a second snowy peak.
A coach arrived to jump the steep inclines.
A steady rain of jelly beans ignites.
In passing cars the lamps're shutting eyes.
On query screens the cursor just recites.
A neon spike has broken rail road ties.
Exams are shifting 'neath a violet light.
The faintest echoes steal just out of sight.