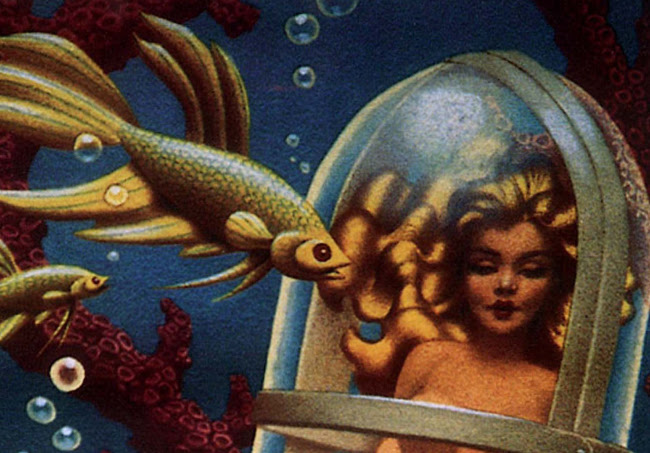 Caitlin R. Kiernan fans got a special treat in to-day's new Sirenia Digest--a previously unpublished story called "Chevy Swamp" from 1987, from well before Kiernan had become an established name in weird fiction. In the introduction to this month's Digest, Kiernan talks about how the story reflects her inexperience at that point in her life as a writer and expresses dislike for the story's obvious resemblance to Stephen King's It, which had been published not long before "Chevy Swamp" was written. This might seem a strange thing to complain about to-day when Stranger Things has garnered so much praise for its obvious modelling on It and other fantasy and horror fiction from the 1980s centred on groups of kids. For anyone looking for more stories like that now, "Chevy Swamp" is certain to satisfy, particularly for anyone looking for such a story told from the perspective of a female character.

A first person narrative told by a character named Mary, the story concerns her and her two friends, Arnie and Rusty, and their relationship with the swamp of the title. All of them are around eleven years old and there's a nice description of a biology class project followed by an encounter with a bully named Ellroy. There's some allusion to the psychological causes of bullying behaviour, of cycles of abuse, but the story takes it in a weird direction as Mary and her two friends form a nicely understated, weird love/hate bond with the swamp and a strange creature that may or may not exist within. In a very effective creative decision, Kiernan avoids bringing the creature explicitly into the story--it manifests in dreams, suspicions, and mutilated bodies. This makes the creature menacing and mysterious while also providing a tortuous ambiguity for the protagonists who are compelled to wonder how much responsibility their bear for the creature's behaviour.

The resemblance to It is certainly clear but Kiernan creates characters who are very much her own, particularly Mary, to inhabit this It pastiche world. It's a nice addition to what is becoming a vibrant genre again.

Posted by Setsuled at 1:41 PM
Email ThisBlogThis!Share to TwitterShare to FacebookShare to Pinterest