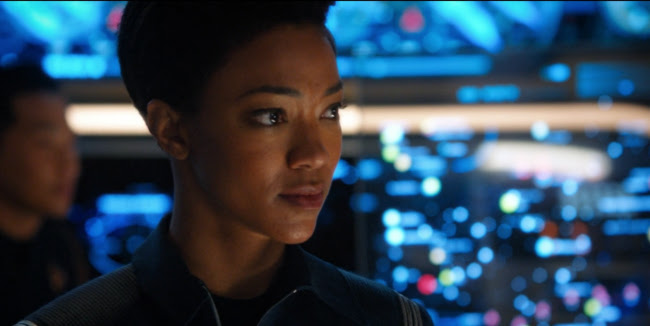 I really think there's an outline for a good season of Star Trek Discovery that was never fleshed out. We saw more hints of it than usual in last night's new episode, "The War Without, the War Within," written by Lisa Randolph, one of the few writers on the series to have written more than one episode. She's also the only one with a sole writing credit for two episodes (she also wrote "The Wolf Inside"). But this episode exhibits how one of the chief problems with the series is the fragmented creative vision resulting from a whole bunch of writers trying write a single long story arc. 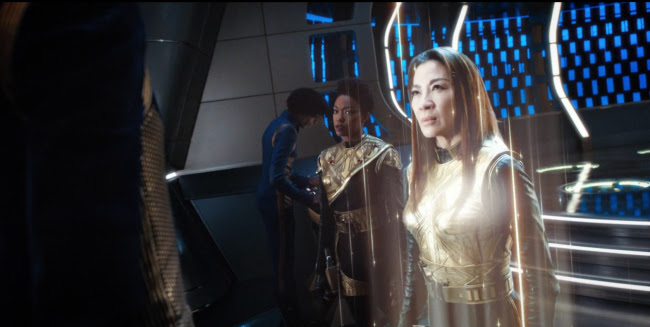 The episode begins with what feels like a hasty attempt to clean up all the problems from the previous episode. Saru's (Doug Jones) there to wake everyone up from that dream and suddenly, hey, Burnham's (Sonequa Martin-Green) brought home a mass murderer who eats people and, hey, Burnham lied to Saru about Kelpiens in the Mirror Universe for no apparent reason. Well, Burnham says it was in the hopes of sparing Saru any pain. She makes people's feelings a priority, it's not like she's a Vulcan. 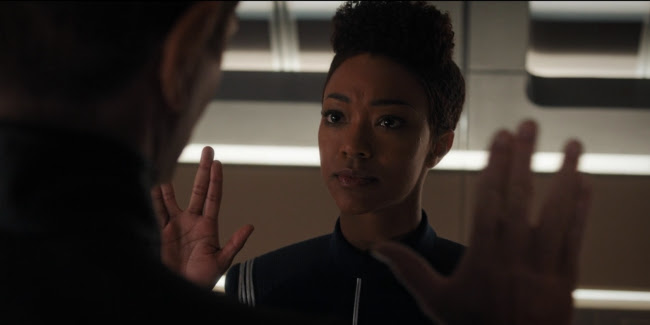 Though Sarek (James Frain) didn't seem like much of a Vulcan either, reminding Burnham of the miraculous and wonderful power of love. You know, it's just possible Lisa Randolph doesn't understand Star Trek. 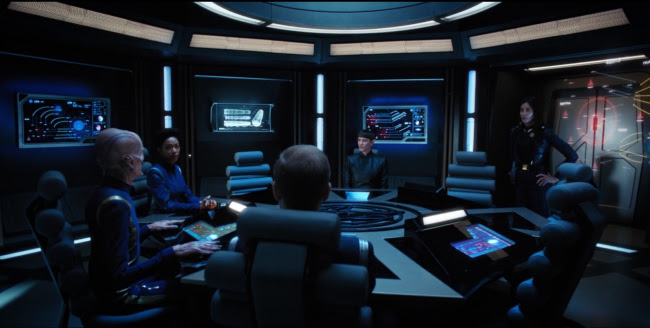 Sarek showed up at the beginning of the episode with Cornwell (Jayne Brook) who takes over the Discovery. I've enjoyed Jayne Brook so far, I wouldn't have minded if she were left in charge. I like Michelle Yeoh even more but I have to say Cornwell putting a genocidal tyrant in charge of a Starfleet vessel seemed slightly ridiculous. 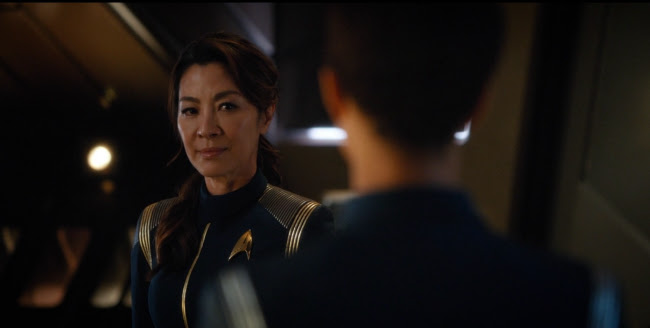 Maybe Cornwell figured since Mirror Lorca delivered a lot of victories for the Federation when he was in charge putting the Mirror Georgiou in command would reap some of the same benefits. Though Georgiou's strategy amounts to little more than attacking the Klingon homeworld. A much subtler and better arc might have been one where they realised Lorca was from the mirror universe but left him in charge anyway because of how useful he'd proved to be. You could have then had the philosophy versus pragmatism conflict without going to the absolutely absurd place. It would have been nice, too, since Lorca was the most interesting character on the series until the previous episode but I guess they're trying to make us forget him already. Cornwell's instant complete certainty that Prime Lorca must be dead so we shouldn't bother thinking about him seemed really bizarre. Is this preparing us for a surprise return of Prime Lorca at some point? Even if it were, I don't think the surprise would be spoiled if Cornwell and the others expressed hope that Prime Lorca found some way of surviving and suggested maybe mounting a rescue attempt when the war wasn't demanding all their attention. "Welp, guess he's dead, let's move on," was likely not satisfying for anyone on any level. 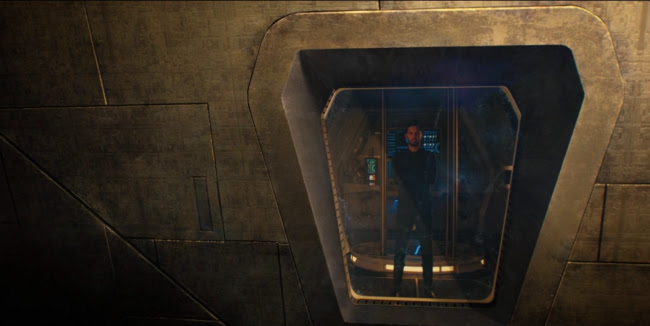 Meanwhile, in a scene that would have had a lot of weight if Burnham had started the series having committed something really terrible, she and Tyler (Shazad Latif) have an emotional confrontation. Burnham, who saved Emperor Kelpien Breath, can't get over the fact that Tyler tried to strangle her and is upset that Tyler didn't confide in her about his suppressed memories. All he did was talk about his post-traumatic stress, as though he really believed his torture at the hands of the Klingons was merely torture. The jerk. 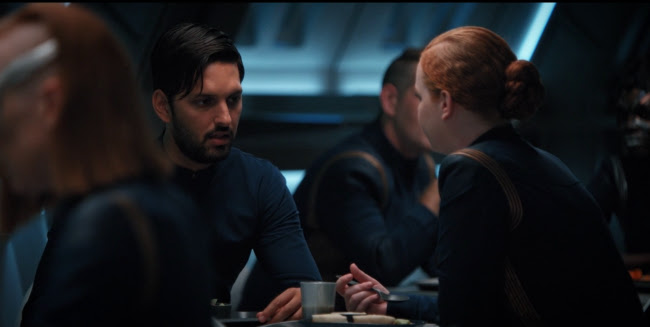 I say this even though I find Shazad Latif's performance to be insufferable, alternating between arrogant and whiny. And I would certainly not blame Burnham for being wary of Voq coming back out at any moment. But I did think it was sweet when Tilly (Mary Wiseman) and other crew members sat with him at lunch.

Well, let's see if they can make this all work in the next episode. Maybe Spock'll suddenly show up--what's he up to now?--and lead a cavalry charge over a hill or something.