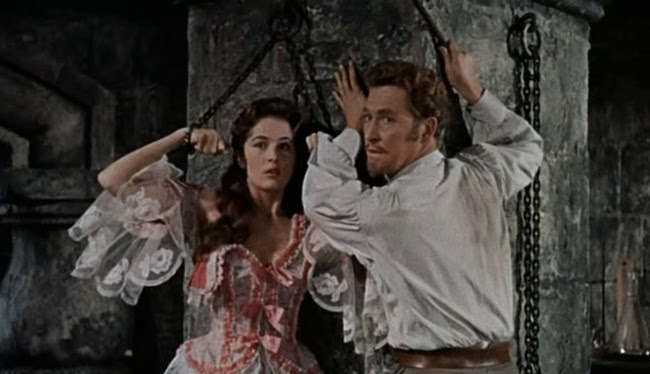 1958's Blood of the Vampire has lots of blood but not much of a vampire. This is despite the fact that it was written by Jimmy Sangster, stars Barbara Shelley, and has some classic horror fantasy visuals. Also in spite of these facts, it's not a Hammer film. It's not bad but it suffers from a lack of strong performances apart from Shelley's. 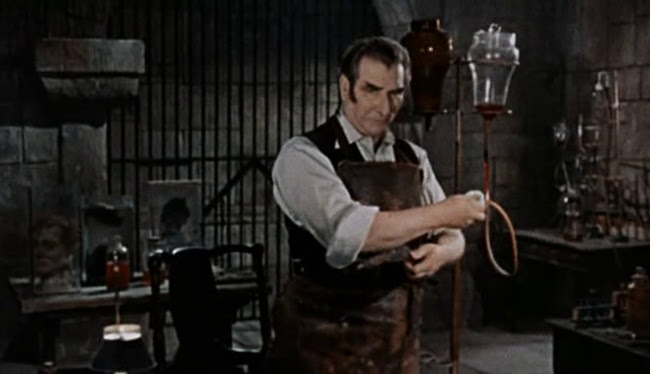 Dr. Callistratus (Donald Wolfit) runs a prison for the criminally insane in Transylvania. He conducts secret experiments involving blood transfusion in the hopes of curing his own mysterious blood ailment, presumably something like vampirism, since we witness his resurrection from the grave early in the film with the help of his Igor-like assistant, Carl (Vincent Maddem). 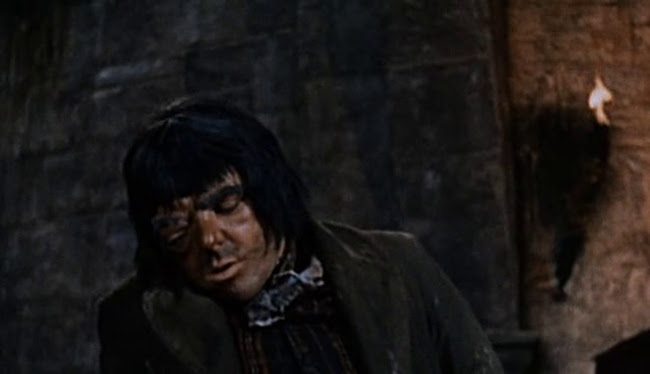 Callistratus arranges for the film's protagonist, Dr. Pierre (Vincent Ball), to be wrongly convicted and sent to his prison in order to help with blood research. Pierre is a complete drip--played by Vincent Ball he has all the dynamism of the owner of a discount furniture store appearing in his own commercial. 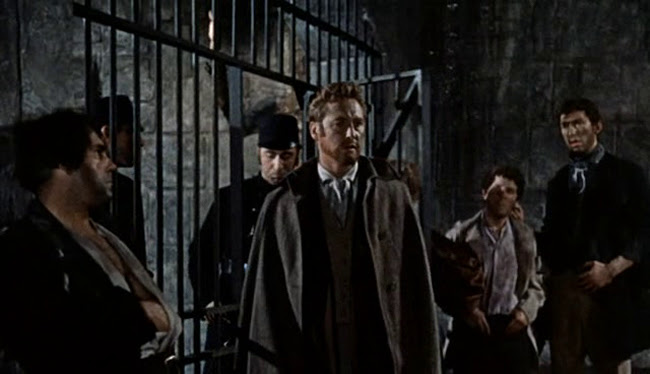 Somehow he's managed to win the heart of Madeleine, his fiancee, played by a far superior Barbara Shelley. The film picks up a lot in the last third when she suddenly turns up posing as Callistratus' housemaid. It's a scheme that makes very little sense and there are a lot of questions completely ignored as to how it happened--how did she know Callistratus lied about Pierre dying in a prison break? How did she know he needed a housemaid? 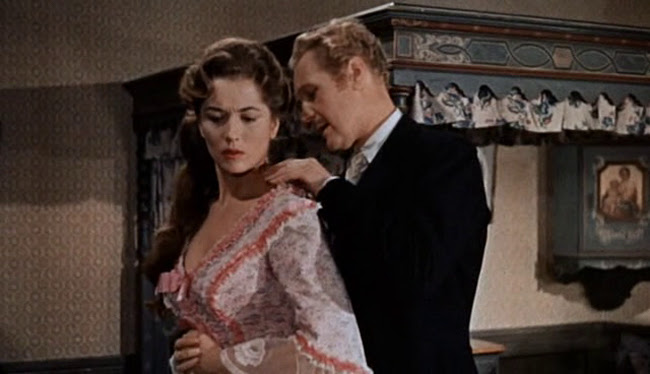 Unfortunately, Callistratus' collaborator is a prison official named Auron (Bryan Coleman) who recognises her and tries to blackmail her into sleeping with him. Fortunately, Carl, like many a disfigured henchman in many horror movies, has fallen into an utterly selfless love for the female lead and helps her. 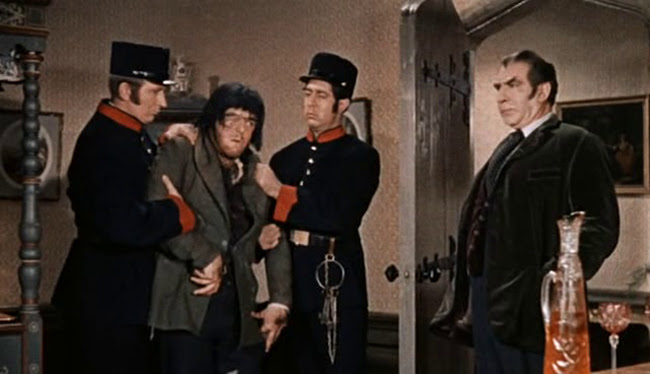 With a stronger actor in Ball's place, this might have been a really good movie. As it is, the mixture of bizarre medical fantasy mixed with vampirism still functions kind of well. It manages to make something slightly weird out of the too familiar monster.

Posted by Setsuled at 11:40 AM
Email ThisBlogThis!Share to TwitterShare to FacebookShare to Pinterest