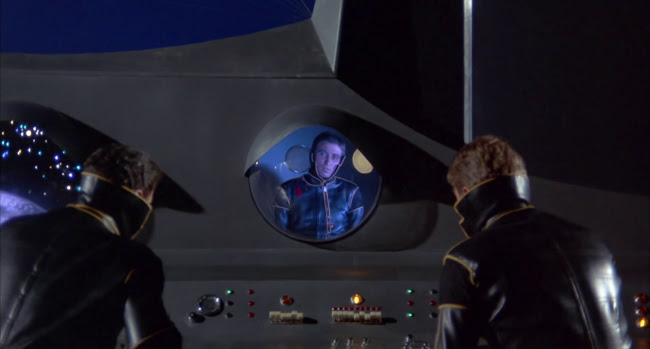 Maybe one day you'll look around at some of your friends, family, and colleagues and find their eyes have become alien, in some imperceptible way they've become strangers inside. It would be even worse if it happened when you were stranded on an alien planet as in Mario Bava's 1965 film Planet of the Vampires. There are fascinating implications to the transfer of the Invasion of the Body Snatchers concept to an alien world where humanity has, if unintentionally, become the invaders who are overcome by the brain washing aliens. The film is chilling and it's also cool, particularly since the restored print is so pristine, and the dated nature of Bava's style has become captivating. 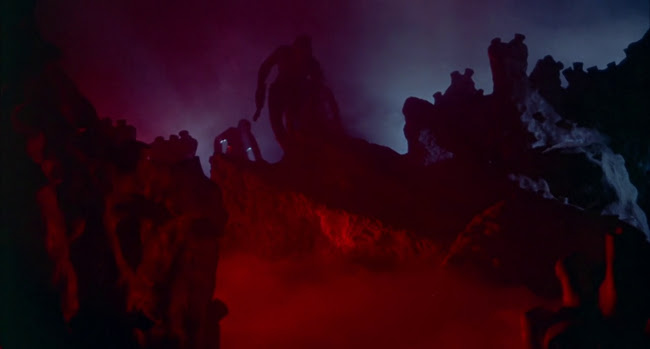 A clear influence on Ridley Scott's Alien films, the atmosphere evoked by the fog and bizarre rock formations on the world on which two ships are forced to land should be familiar to anyone who's seen 1979's Alien. So, too, would be the great skeletons found on an ancient crashed vessel discovered by the human crew and the unanswered mystery surrounding the skeletons. 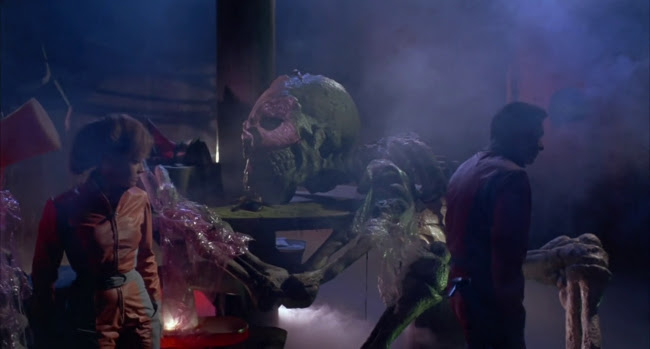 In place of the messy, realist feel of the Nostromo crew and ship design, though, Bava gives us a style for the humans somewhere between the eerily clean and sterile ships of 50s American Science Fiction films and the Italian high fashion strongly in evidence in Bava's Danger: Diabolik or Blood and Black Lace. We also learn very little about the crews of the two human ships, the effect of which is to give the film a more stripped down, hypothetical quality, like Plato's Allegory of the Cave. Since the aliens are completely invisible before possessing the bodies of the dead they work even more vividly as a metaphor for ideology than the pod people in Body Snatchers. 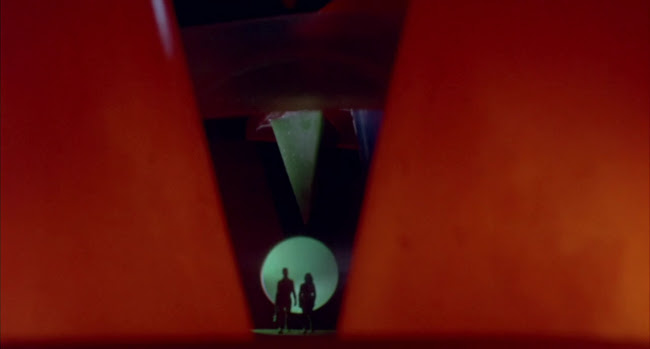 Where Body Snatchers worked so well as a nightmare about McCarthyism or the spread of Communism (depending on your point of view), Planet of the Vampires operates as a horror about colonialism. When one of the aliens speaks through a possessed dead man, he doesn't come off as overtly sinister, in fact he seems like he sincerely wants Captain Markary (Barry Sullivan) to understand that what he and his fellow aliens are doing is necessary for their survival. There's a nice ambiguity, though, about who would be the colonists in this reading--you could look at it as humans "going native" in an extreme way, or you could look at it as the aliens colonising the humans, a reading that's facilitated further by the fact that the world isn't the homeworld of the aliens, merely one of a series of worlds to which they've spread and conquered. 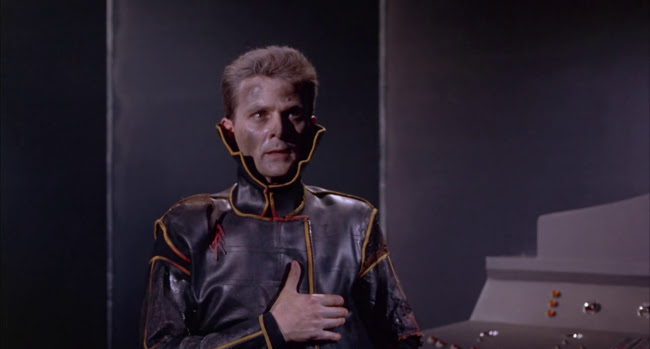 The horror is effective in that it plays on guilt for crimes that are seen as necessary for survival, but seen as such for abstract rationalisation than for completely clear reasons. An ideology spreads, insisting that the destruction of its enemies is ultimately necessary for survival, but because this can't be known for sure there's always an underlying anxiety. Planet of the Vampires denies easy answers as much as it denies visuals of comfort on the ships or the inhospitable world.

Posted by Setsuled at 12:51 PM
Email ThisBlogThis!Share to TwitterShare to FacebookShare to Pinterest